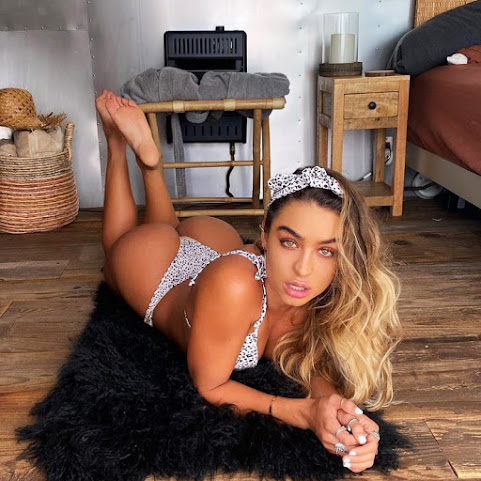 As always, we try to take it easy on Monday and slowly slide into the work week. And so, as hottie Sommer shares inspiration and shopping advice with her legion of gullible fans, we check pop culture, community news and top headlines.

They're finally coming. The first doses of COVID-19 vaccines are expected to arrive later this week in Kansas City. The Missouri health director says the first shipment from Pfizer will provide 51,000 doses to medical providers across the state. Additional shipments will bring that total to 339,000 by the end of the month.

KANSAS CITY, MO (KCTV) -- One of the region's biggest agricultural attractions won't be coming to the American Royal Complex in February, as the 2021 Western Farm Show has been canceled, organizers announced Monday morning. The farm show had been scheduled to take place Feb. 19-21.

by: Travis Meier Posted: / Updated: KANSAS CITY, Mo. - Beer expert Neil Witte launched a new certification process to recognize retailers who are doing everything properly to serve customers the very best glass of beer possible. It's safe to say there is nobody more qualified in the Kansas City area than Witte to launch the certification program, which is called TapStar.

If there's one thing Sommer Ray is best known for, it's her ample behind. If you are wondering what her secret to keeping her "asset" looking bootylicious is, then read on below. It's more than just exercising! There's another element that makes her butt look so Insta-worthy.

Michigan secretary of state Jocelyn Benson said dozens of armed protesters gathered in a threatening manner outside her home on Saturday evening chanting "bogus" claims about electoral fraud. Michigan officials last month certified the state's election results showing President-elect Joe Biden had won Michigan, one of a handful of key battleground states, in the course of his 3 November election victory.

Attorney General William Barr is considering leaving his post before January 20, the day President Donald Trump leaves office, a source with knowledge of the matter confirmed to CNN.

Republicans slammed President-elect Joe Biden after he announced his choice of California Attorney General Xavier Becerra for secretary of Health and Human Services on Monday, and they criticized Becerra's record on abortion and other issues. Sen. Tom Cotton, R-Ark., said he would not vote to confirm Becerra, and pro-life group Susan B.

MELANIA Trump has unveiled the White House's new tennis pavilion - years after Barack Obama turned the area into a basketball court. The first lady revealed in a statement on Monday morning that the project had been completed. "I am pleased to announce the completion of the Tennis Pavilion on the White House grounds," Melania Trump said in a statement.

The rights they are a-changin'. Bob Dylan has sold his entire six-decade catalog of songs to Universal Music Group in a deal thought to be the biggest of its kind. Universal announced the deal early Monday, with publishing CEO Jody Gerson calling it "both a privilege and a responsibility" to "represent the body of work of one of the greatest songwriters of all time."

Sports Illustrated announced Sunday morning that Chiefs quarterback Patrick Mahomes and offensive lineman Laurent Duvernay-Tardif have been named as two of the magazine's Sportspersons of the year.The magazine said Mahomes was recognized for using his platform to stand up for the Black Lives Matter movement in the wake of George Floyd's death.

The upcoming Christmas and New Year's Day holidays mean that trash and recycling collection will be delayed one day for residents with Friday pickups. So, if trash day is Friday, Dec. 25, trash and recycling will be collected on Saturday, Dec. 26. The same schedule holds true for Friday, Jan.

A StormTrack5 Weather Alert is posted for your Monday morning due to dense fog. Visibilities could be near zero for some this morning. Mostly sunny skies with highs near 53 this afternoon. We will see a warm start for the new work week with highs well above normal near 60 for Tuesday, with highs in the middle 60s by Wednesday.

Lake Street Dive - Making Do is the song of the day and this is the OPEN THREAD for right now. Loyal readers, keep going for more local links . . .

A couple of months after Missouri's first medical marijuana sale, only three cultivators have harvested in the state, and a small percentage of the 48 dispensaries in the Kansas City metro have opened. Greenlight, which operates a 96,000-square-foot warehouse in Kansas City, hopes to be the fourth cultivator harvesting, allowing more dispensaries to open.

It's hard to imagine a vacant building on the corner of 31st and Forest was once home to some of the world's greatest imaginations. "It has a great history and it tells this terrific story," said Butch Rigby, a local developer and owner of Screenland Theatres.

GARDNER. KS (KCTV) -- COVID-19 has deepened the hunger crisis in America with millions of Americans applying for food assistance and relying on food banks. The Kansas City metro is no exception, even in Johnson County. Restoration Church in Gardner is stepping up to help fill the need.


Heartwarming NextGen Good Deeds For Those In Need

KANSAS CITY, Mo. - Two Prairie Village sisters set up a hot cocoa stand Sunday to benefit local food pantries. But instead of accepting money, Dahlia and Eva Feinberg asked for items not covered by SNAP benefits, such as soap, toothpaste and shampoo.


Cuts For Good Cause

LEE'S SUMMIT, Mo. - If your hair needs a trim, you can get it for free all night long. Just bring a new, unwrapped toy or make a monetary donation for the toy drive. This is the third year that Klassic Transformations Barber Academy has put on the toy donation drive It all started at 8 a.m.

Another Kansas City Chiefs game ends in a win, but leaves fans frustrated that it wasn't more decisive. The Chiefs settled for far too many field goals and let Melvin Gordon and Tim Patrick have huge days - but in the end, it didn't matter.

What to know about the Royals and the 2020 Winter Meetings

The Winter Meetings are baseball's annual convention and the week when the most off-season activity occurs. Typically, general managers get together and hash out trades on the back of cocktail napkins, while negotiating deals with agents in hotel lobbies. That won't happen this year due to the pandemic.

Tucked inside North Kansas City's Big Rip Brewing Company this holiday season, you will find Apparition Before Christmas, a pop-up bar inspired by Tim Burton's Nightmare Before Christmas. Decorated to make visitors feel as if they've stepped onto the set of the movie, the bar delivers drinks that capture Christmas in a cup thanks to the talent of the young Marissa Corcoran, the creative bartender behind all 12 cocktails on the menu.


SLAM THAT Z TO HELP THE COMMUNITY!!!

That is quite an ample round up.


Patrick Mahomes is so effing ugly I can't stand to look at him. He's actually scary looking he looks like a monster with a cheap wig.

Remember this...If you put a color in front of lives matter you are a racist. Just like Mahomes who preaches equality but won't date or marry a black women even though he hates white people and he also won't help the black community even though he preaches that very thing. Oh and George Floyd's death was not caused by a white police officer this is the lie of the century. Patrick Mahomes is just a racist trouble maker, and to be held up as some sort of hero is pathetic. Typical black man.

Imagine you're 1 of 19 Master Cicerones in the world from your knowledge of beer and certification. Here's your average salary.
Hourly Rate for a certified Cicerone:
$15.78 an hour.

^^quit looking then Maude!!!! Typical geriatric fucktard. Crying about others who are better than them. Remember Maude, you're all alone and here because everyone hates you! Want to make everyone happy?, get the COVID and die please!

"George Floyd's death was not caused by a white police officer..."

So, tell us, what did kill him.

That the police officer was kneeling on his neck was just a coincidence?

Oh Snap! The racist, geriatric, fucktard, just got knocked the fuck out twice!! Love to see it!

But...didn't george floyd die from a fentanyl overdose? RIP, peace be upon him.

With the warm-up this week, it's like a last gasp of Sommer!!!

Is it big enough to build a guillotine?

I can't wait to see how quickly KC turns on Patty Cakes when he doesn't win the Superbowl this year.

yeah don't bother 'standing up' for anybody that would never stand up for you.

Oh look, Trumptards out with guns cuz their cult leader lost and they can't accept it. Shocked I tell you.


Warning!! Unemployed basement boi imbecile @1:46 is very active, posting several times on this topic. Be prepared for amazing stupidity. Remarks may include such terms as: CHUD, geezer, MAGAT, Trumptard and weird. Often starts with two or more silly ^^ marks. It is strongly recommended one should ignore what he/she/it posts as it may cause brain damage.

^^^ Says another expert on "Drain Bramage"!

You're the expert lol check out this white. Please... Explain racism to us ������

A third of registered Demoncraps admit that Biden only won because of a rigged election, but keep tooting your horn and puffing out your wimpy chest, moron. The Demoncraps will pay for cheating when the 2022 elections come around. Payback will be hell.

Nick Haines is a poor mans Mike Shanin. If he didn't have an English accent, he would be a carpet salesman.

Totally unbelievable in either case. And if McConnell and Graham continue their shenanigans, 2022 will see the Senate flip blue "bigly"!
Americans are tired of the Trumptard Freak show!
It's time for Patriotism and Optimism, not spitefulness and hate.

George Floyd was saying I can't breathe before the police ever took him into custody, but don't let that get in the way of the narrative.