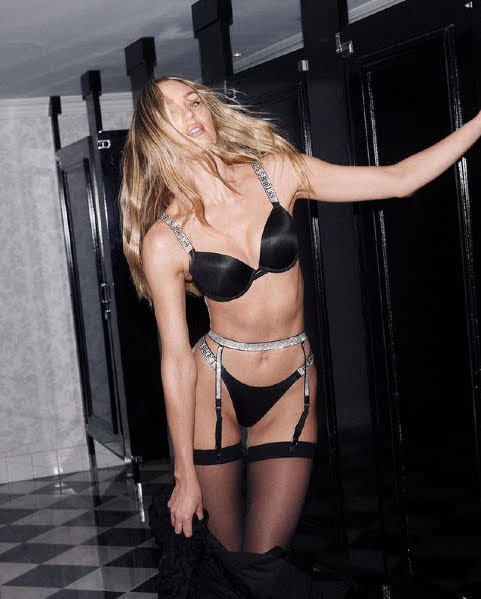 Angel hottie Candice in the can probably shouldn't be glamorous but it works nicely for mainstream fashion promo and offers us a "sense of place" as we check pop culture, community news and top headlines for tonight.

For the first time since opening 12 years ago, Kansas City's Power and Light District will not be holding a New Year's Eve celebration in the KC Live!

RideKC announced Wednesday it will be rolling back some of its services because of the COVID-19 pandemic. RideKC said staffing shortages and COVID-19 forced them to make some cuts that go into effect next Monday.

CEVA Logistics to lay off dozens of workers in 2021

KANSAS CITY, Mo. - A Liberty logistics company will layoff dozens of workers early next year. CEVA Logistics announced earlier this month that up to 74 employees would face layoffs starting in February due to a contract being rescinded. The majority of the layoffs would be for material handler/operator I positions, according to a Missouri WARN notice.

You can get Victoria's Secret bras from $10 right now

Recommendations are independently chosen by Reviewed's editors. Purchases you make through our links may earn us a commission. Victoria's Secret's Semi-Annual Sale is one of the most exciting shopping events of the year.

Transition officials "have encountered obstruction from political leadership at various agencies, most notably at the Department of Defense and the Office of Management and Budget," Abraham said. "Make no mistake, this lack of cooperation has real-world implications, most concerningly as it relates to our national security," he added.

Saddled with delays caused by the coronavirus pandemic and last-minute changes by the Trump administration, the first set of 2020 census results will not be ready for release by Thursday's year-end deadline for numbers that determine representation in Congress and the Electoral College for the next decade.

The first case of a new and potentially more infectious strain of Covid-19 has been confirmed in the United States, Colorado health officials said Tuesday. The health officials confirmed the case and notified the Centers for Disease Control and Prevention.

Dawn Wells, the real-life Mary Ann Summers of "Gilligan's Island," was just as sunny and down-to-earth off-screen as she was on-screen, her co-star Tina Louise, the show's only surviving cast member, told The Post Wednesday. Louise, who played the indelible flame-haired Ginger Grant on the CBS show, spoke fondly of Wells, who died at age 82 Wednesday in Los Angeles after battling COVID-19.

KANSAS CITY, Kan. - It has been a trying year. And for people struggling, many in the faith community lean on their pastor or faith leader for support. But who can the ministry leaders lean on? Chuck Allen, an urban ministry leader, has seen firsthand how suppressing feelings for years can take a mental toll.

In danger of closing for good, local music venues plan 'Save Our Stages' concert

KANSAS CITY, Mo. - Local artists and record labels are banding together to try and save Kansas City's independent music venues. Record Bar and Center Cut Records are holding a "Save Our Stages" Facebook live event Wednesday night in hopes of raising awareness about the issue.

Psychologists in the Kansas City area have seen an increase in depression and anxiety during the holiday season and amid the ongoing COVID-19 pandemic. Health experts say it's normal to feel some hopelessness right now, but it's important to recognize when it becomes something more serious.

THE GROUND. EVENING FORECAST WILL ALSO BE QUIET, THE WIND WILL DIE DOWN A LITTLE BIT AS WELL, UPPER 20'S HEADING TO THE FIRST HALF, THEN MIDDLE 20'S AT 10:00. LOWE'S BY TOMORROW MORNING WILL BE COLD, 18 TO START OFF OUR DAY, 22 IN LEE'S SUMMIT, 21 IN OLATHE AND COLDER FARTHER TO THE NORTH, LOW TEENS EVEN A FEW SINGLE DIGITS POSSIBLE.

Oh no, how am I going to see all the amazing local bands KC has to offer performing live now?

Suggestion, just listen to an alternative music play list from 5 years ago and you'll know what they all sound like.

When I told Candice that I needed to "drop a load" in the bathroom, she followed me in, removed her dress, and said "I don't want any stains!!!"

Should be no shortage of balls dropping on New Year's Eve...