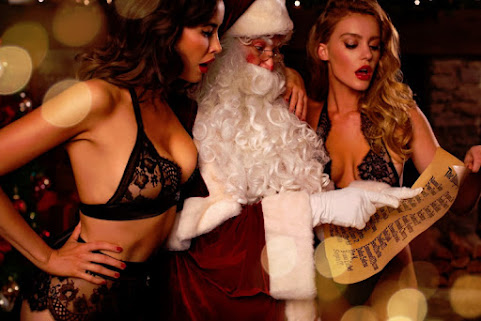 For our most dedicated readers during this "weird" holiday season we're sharing a quick peek at pop culture, community news and top headlines.

Several more hospitals in the metro have received Pfizer's COVID-19 vaccine. Menorah Medical Center and Overland Park Regional received their first shipments Wednesday.Getting the vaccine is voluntary, but front-line health care workers at Menorah Medical Center jumped at the opportunity."I woke up this morning actually full of hope for the first time in a long time.

OVERLAND PARK, Kan. - A Kansas City, Kansas, police officer is recovering after being shot Tuesday afternoon, as police across the metro search for the suspect. The shooting happened at W. 47th and Conser streets in Overland Park, which is just over the county line from KCK.

BPU to suspend disconnects of utility services through March

KANSAS CITY, Mo. - The Kansas City Board of Public Utilities will suspend disconnect of utility services for non-payment until March 1, 2021 the company announced Wednesday. The company made the decision as communities and customers continue to face financial hardships during the pandemic. The moratorium applies to both residential and business customers.

Kris Kringle and an oversized elf got more than they bargained for at the hands of two naughty "Honeys" in a new ad for Honey Birdette's 2020 Christmas campaign. The video features two lingerie-clad models having a Champagne toast by the fire on Christmas Eve, as one does.

"[I]t may be that it will be best if we open up and flood the zone and let the kids and young folk get infected" in order to get "natural immunity...natural exposure," Alexander wrote on July 24 to Food and Drug Administration Commissioner Stephen Hahn, Caputo and eight other senior officials.

Biden expected to get coronavirus vaccination early next week

President-elect Joe Biden is expected to get his first Covid-19 vaccination early next week, CNN has learned, and plans to get his shot in public.

Nearly a year ago in Des Moines, Pete Buttigieg hugged his husband onstage after his win in the Iowa caucuses made him the first openly LGBTQ candidate to earn delegates toward a major political party's presidential nomination.

Does Melania Trump believe the allegations waged against her husband by adult film actress Stormy Daniels? According to Rudy Giuliani, the answer is no. The former New York City mayor-turned-presidential counsel made the claim during a conference in Israel. "She believes in her husband. She knows it's not true.

KANSAS CITY, MO (KCTV) -- Baseball's commissioner announced on Wednesday that the Negro Leagues has been elevated to "Major League" status, bringing into the MLB fold a segregated league that ran for 28 years. The designation goes beyond symbolism. The move means all 3,400 Negro League players will be officially recognized as Major League Baseball players.

KANSAS CITY, Mo. - COVID-19 continues to impact people financially and many face eviction because of the pandemic. Robert Saunders lives in Kansas City, Missouri, and the pandemic is "probably the scariest point of my life." This holiday season is different than any other for the Saunders family.

Sunny, warmer for your Thursday

ARE GOING TO SEE MORE THAN THAT FROM JUST THIS ONE STORM . EVENING FORECAST, NO SNOW FOR US, PATCHY CLOUDS, TEMPERATURES COOL THROUGH THE 20'S EVENTUALLY INTO THE MID-20'S HEADING TOWARDS 10:00 AND MIDNIGH TEMPERATURES TOMORROW MORNING LOW 20'S, HEAVY COAT WEATHER -- WHETHER HEADING OUT THE DOOR.

Mayor Butt-Plug was the mayor of a small mid-western city and now if heading up the nation's Department of Transportation.

During the primaries, Mayor Butt-Plug sounded like he was running for student body president.

What a douche-bag. At least CHUD - Boy will be happy to see a fellow Butt-Plugger in China Joe's Cabinet.

And yet at age 38, he's gone further than either of you losers can ever hope to. Weird.

I am disappointed.
I thought that Pete would be appointed Secretary of Posterior.

Mayor Butt-Plug has zero Transportation experience but will rake in $$$$ salary and benefits as head of the U.S. Department of Transportation.

What a waste of taxpayer funds.

You guys are just all torn up about this Buttgiggly appointment I reckon?

Gotta admit, I don't get the appointment of Pete to Transportation Secretary. I'm sure he's smart and all but the no experience in that sector makes it a head scratcher.

Now, all you Trumptards pissing and moaning about it can go ahead and shut the fuck unless you called out Trump for all the ridiculous appointments he made as well. There were a lot of them.

And Melania is apparently on crack or Rudy might be lying, I'm thinking the latter. Trump didn't give Stormy a check for $130k out of the goodness of his heart.

Claiming that he couldn't find their names on his list, Santa gave the ladies a chance to sit on his lap and pose for a "elfie"!!!

USA Today is not much for fact checking but Richard Grenell is the first openly gay man to serve in a cabinet level position. Maybe he does not count because he is a Republican.

Richard Grenell was Acting Director of National Intelligence in the Trump cabinet.

...there was no 'intelligence' in the tRumpMonkey Cabinet...just look at what's going on...he's cookin' off like a tank on fire....screamin' in the hallways...yellin' at chairs like Eastwood....