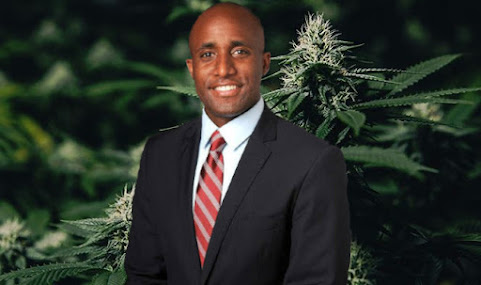 More than any other top ranking elected official in Kansas City history, Mayor Quinton Lucas has been at the forefront of efforts to decriminalize marijuana.

In August, Mayor Q's efforts culminated in an ordinance remove marijuana offenses from the municipal code.

There has been some opposition to these efforts as KCPD Chief Smith argues that the impact on public safety needs to be part of this conversation.

However, this week, the political zeitgeist seems to stand with the current 12th & Oak administration against weed prohibition.

Sure, it's just a bill but we notice some surprising Republican support among younger lawmakers and a realization the weed prohibition simply hasn't worked as a matter of expensive and ultimately destructive public policy.

Moreover, weed is now more readily available than bubble gum and impractical enforcement of restrictions that NOBODY respects undermines confidence in the law overall.

Accordingly, the end of weed prohibition might by the only liberty granted by the Biden Administration as more fundamental American freedoms quickly disappear in the aftermath of the pandemic.

Everybody must get stoned said...

Marijuana was only illegal for poor people, rich people were always able to smoke it. Better off to drop the charade rather than keep putting broke people in prison for it. Way too expensive.

The drug war is lost, Trump lost. America is lost.

Your gay stoner son still living in the basement at 48 said...

I also think free a PS5 is a constitutional right.

The war on drugs was just another effort to spy on law abiding adult. Technology is what really killed it. Now people will pay thousands of dollars to carry a tracking device in their hands all day.

So I wonder now since it’s legal how that affects city employees when it comes to drug and alcohol testing???

If you went to prison for pot and then you get released because the law changed does that mean anybody that got fired for smoking pot get their jobs back???

Waiting for your response mayor.

Oh wait, the house only passed it, it still has to go through the senate so it’s not a done deal yet.

Watch out stoners, it’s still against the law so back to your hiding spots you go!

If y'all get to smoke weed and act stupid legally, I'm get to keep my guns so if you wander into my house or on my property I can shoot you legally.

Since it will never pass the Senate, this is a pointless question.

That's less a spelling error than it is a missed keystroke, dipshit.

Trust me, Tony's more than a couple standard deviations above you on an IQ graph.


Every liberal idiot will fall for this too. There is big money in this for crooks like Quinton Lucas and at the same time they can keep you stoned and stupid for control reasons. Nancy Pelosi said this years ago when she told everyone to quit their jobs and have a good time. How can anyone not see what this is really about?

Marijuana weakens you immune system. Smoke it fools and also end up with shrunken ducks and impotence. Girls love shrunken ducks that can't stay up! HAHAHAHAHA!!!

I had a shrunken duck. Kept her in my pocket.

Honestly hard to tell if the level of stupidity on display here is satire.

raising a generation of stoners. Q is on the wrong side of history here. The problems for marijuana use and addiction have already creative quite a few destroyed lives.

The Democrats just want you stoned off your ass so you won't car that they are fucking you up it.

no worries, when the weed wears off, easy to get reminded why this metro is a piece of shit.

The dirty little secret is that their end game is to tax your blunts. And you that the court fines were bad LOL

oh, you just reminded me what a piece of shit town this is, thx!

This is just a token to make the blacks think they will stay out of jail. They won't no matter what.

Then off to prison you will go

i think it is excellent about the new reefer rules but as usual my state of kansas will be one of the last to conform to the new norm - some people are just too square and non open minded when it's talk about a god given plant.

But if everybody is sharing joints wont they get covid and die! Hahahahaha!

There are two reasons for the War on Drugs:

It was created as an excuse to wage war on the war protestors.

At the same time, there was a heroin epidemic among our soldiers in Vietnam.

However, there is a big difference between heroin & marijuana, unless you've been drinking the DEA's cool-aid. This vote further marginalizes the DEA's ridiculous stance that marijuana is a "gateway drug", & therefore should be considered a "dangerous narcotic".

It's not a narcotic, & it's not dangerous.

Portugal decriminalized all drugs & nothing happened. Use didn't go up, or down. Petty crimes didn't go up or down. Instead of treating addicts like criminals, or the mentally ill, addicts could finally be treated as patients.

This should be a personal not a government decision

His only acomplishment...weed??
I dont know who is winner of the ignorance trophy Quinton jailbird Clueless or the uneducated voters of kc.

Liberal House of Representatives do the same thing our liberal mayor did and this somehow proves him right? This is like one Chief proving the other one right about the outcome of a game.