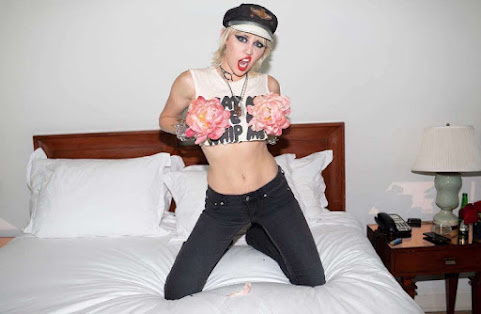 Kansas City Chat On The Bus

KCATA seeks feedback on the future

The Kansas City Area Transportation Authority (KCATA) has been conducting a series of public meetings to receive feedback on an updated RideKC Next redesign of transit service in Kansas City, Mo. There are two upcoming opportunities remaining during this phase of outreach. They will both occur virtually via Zoom.

KANSAS CITY, Mo. - A branch of the Mid-Continent Public Library is closing due to a possible COVID-19 exposure. An MCPL spokesperson said the East Lee's Summit branch was closed immediately after a staff member tested positive for the coronavirus Friday.

Nobody hurt, but family shaken after gunman targets car with kids inside in Raytown

RAYTOWN, Mo. - The suspect in a Friday afternoon drive-by shooting - targeting a car with children inside - is still on the run. Raytown police say no one was injured in the shooting that happened at about 3 p.m. near the intersection of 87th Street and Blue Ridge Road.

Miley Cyrus is once again going against conventional conduct. The "Mother's Daughter" songstress, 28, who was never one for subtlety, is baring all in a steamy new photoshoot for Rolling Stone.

Biden says $1,200 stimulus checks 'may be still in play' in Covid relief talks

President-elect Joe Biden on Friday said that another round of coronavirus stimulus checks for U.S. families "may be still in play." "I think it would be better if they had the $1,200 [payments to families]," Biden said when asked at a press conference to respond to criticism about a new Covid relief plan revealed this week as a starting point for the latest round of negotiations on Capitol Hill.

Alexandria Ocasio-Cortez had a swift response for conservatives criticizing her for selling a "Tax the Rich" sweatshirt for $58. The price was right, the leftwing New York Democrat said, because the campaign merchandise was made by unionised workers in the US rather than in China, unlike political wear sold by, for example, Donald Trump.

Trump orders most U.S. troops out of Somalia

President Trump has ordered the withdrawal of most of the U.S. troops stationed in Somalia, Pentagon officials said Friday. The nearly 800 troops represent a small footprint but are seen as a crucial bulwark against African-based extremist groups, including al-Shabab. In a statement, the Pentagon said the U.S.

Vice President Mike Pence on Friday said the presidential election is still undecided as he urged Georgia Republicans to put aside shared "doubts" about how fairly that race was conducted and show up for the state's Senate runoff elections. "We're on 'em this time," Pence said. "We're watching.

A dream for local historians, restoration efforts at the Troost office building once occupied by Walt Disney are finally coming true, champions of the project teased Thursday. Within the walls of the formerly crumbling brick structure at 31st and Troost: neglected stories of Disney's inspiration and impact - along with plans to reanimate the space with a theater, coworking and the digital arts.

A horror film shot in Kansas City has been picked up by a popular video rental company. "I Am Lisa," which is described as a female-driven werewolf revenge movie, is heading to Redbox.The film made its debut at the Boulevard Drive-In over the summer.

Saturday will be sunny, highs in the upper 40s

Hide Transcript Show Transcript FOR THIS TIME OF YEAR FIRESIDE CHAT. IT'S GOING TO HAVE ONE THIS EVENING. LOOKING GOOD 43 AT SEVEN EIGHT O'CLOCK 42 AND LATER ON THIS EVENING AFTER THE SUN GOES DOWN. OBVIOUSLY. WE'LL GO THROUGH THOSE 30S. BE 7 BY 11 P.M. BUT NOT MUCH WIND.

This is the OPEN THREAD for right now. Keep going for more local links . . .

Three Kansas City-area businesses were approved for $10 million loans - the maximum amount available through the Small Business Administration's Paycheck Protection Program, according to data released this week by the agency. The new data provides the most detailed look at the $659 billion program, which offered loans intended to keep businesses open and workers employed during the coronavirus pandemic.

CLAYCOMO, MO (KCTV) -- KCTV5 obtained a video which shows the aftermath of a chase and shootout in the neighborhood of Park Avenue and Randolph Road in Claycomo. The woman who took the video did not want to be identified, but shared what she says happened.

STONE COUNTY, Mo. - Four people are facing charges after a young boy was found unresponsive and in critical condition at the beginning of November due to various injuries and extreme malnutrition in southwest Missouri. According to court documents, these suspects are charged with two counts of first-degree endangering the welfare of a child and [...]

CASS COUNTY, MO (KCTV) -- A Cass County Sheriff's Office vehicle was rammed during a pursuit that happened overnight and two people were taken into custody. Around 12:30 a.m., deputies went to northbound I-49 north of Harrisonville to help officers pursuing a 2005 Chevrolet truck.

A dentist in Brookside is using cutting edge technology created right here in the Kansas City metro to kill viruses and keep her office clean and safe. KMBC 9 found out how the system works and how the pandemic has increased demand.

Mutts Canine Cantina, an off-lease dog park and fast casual concept, is expanding nationwide through franchising and is eyeing Kansas City as a prime location. Michelle Boggs, managing partner of Mutts, said in a company press release that the city...

TOPEKA, Kan. - The Kansas middle and high school sports fan ban is going to be re-considered. The state received thousands of emails from parents, coaches and students around the state pleading spectators be allowed. But there's another big hurdle ahead, before fans could be allowed at school activities in the state.

KANSAS CITY, Mo. - Abigail Stahlschmidt is making waves in the world of music, art and entertainment. Now, those waves are coming to Kansas City. The Missouri native grew up in St. Louis, starting violin at 4 years old. She ultimately went to the University of Missouri - St.

Where Do the Kansas City Chiefs Rank After 11 Games?

This year, I wanted to check in on how the Kansas City Chiefs stacked up in various team statistical categories. I decided that it would be instructive to update those rankings weekly and see if a clear picture develops as to where the strengths and weaknesses on the team are coming from.

The Kansas City Royals have had an active offseason so far. The team reunited with LHP Mike Minor on at least a two-year deal that could stretch into 2023, and also signed outfielder Michael Taylor. Following that, the Royals had decisions to make on whether to offer contracts to several players or to let them enter free agency.

For decades, the Johnson County Christmas Bureau has been setting up shop, helping low-income families during the holidays, but never in the middle of a pandemic."The toughest part was starting from ground zero, because this is something we've never done before," said Cheryl Gettinger, president of the Johnson County Christmas Bureau.Normally, the free holiday pop-up shop would be filled with clients shopping for their families.

KANSAS CITY, KS (KCTV) -- Walmart is holding their first "Walmart Holiday Drone Light Show" at the Kansas City Speedway on Friday. This is the first stop for the cross-country tour. The show is already sold out, but you can watch a live-streamed event from Dallas, texas on Saturday on Walmart's Facebook, Instagram and TikTok channels.

does mylie have psoriasis?

Yes, but only 9 days till the Electoral College puts Biden into Office,
and maybe three months until his greed and stupidity puts Trump in Jail.

$58 sweatshirt?
What's the big deal?
Stick to Fruit of the Loom CHUDS.

Trump isn’t going to jail, but I guarantee China joe is, him and the biden crime family will be in federal prison by this time next year! Lmao!

Who does Trump think he is? We need those troops there. We have lobbyists to feed and senators and congressmen whose palms need greasing. Also, Commander in Thief Joe's gonna need troops in the area when he goes to war, like all dim presidents.

Looking forward to the next for years, getting what I paid for !!!


Dr Fauci is a radical liberal wack job, and is one of the many people behind the virus. He said so himself.

Miley Cyrus needs help she has no talent so she makes money with nasty sexual pictures. She has to use flowers for boobs because she doesn't have any and she has to use fake vaginas on the outside of her pants because no one wants her. I'll bet Franklin TN is glad she's not there anymore. You have to wonder about a skank who's dad still wears a mullet.

"Trump isn’t going to jail, but I guarantee China joe is, him and the biden crime family will be in federal prison by this time next year! Lmao!"

And your "guarantee" would be worth... what? Will you crawl back under your rock a year from now when Biden is still president?