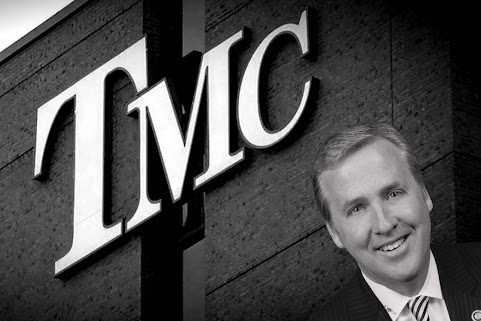 Another perspective on living wage victory from council that might or might not overlook at far more interesting UNION fight also underway against this local healthcare giant.

A tweet from Council Dude Kevin O’Neill on the topic . . .

"So excited to hear that Truman Hospital is going to move all their employees making under $15 dollars per hour to $15 per hour. Not in two or three years, but starting this January. A big shout out to Charlie Shields CEO of Truman"

That's a really nice shout out from an elected official . . . Just for perspective . . .

Mr. Shields earned about $891,110 worth of annual compensation.

So, the emphasis is on providing basic health care services to the urban poor? Not really, it's about politically controlling the management of the institution and it's budget (much like KCMO City Hall).

Those loyal to the corrupt status quo are placed into management positions, financially rewarded, and in turn steer contracts to members of the status quo to perpetuate the corrupt system.

We'll have to raise his salary.

All CEO's a supposed to be millionaires.

At least, that's what they say at the Country Club.

So . . . since I actually went to a university and am responsible for my student loans, will I get a raise that reflects the increase to $15/hour?

More incentive to not improve one's self . . . just bitch about your appropriate rate of compensation. Thanks, Biden.

Truman is a tough business. He earns it. Wouldn't/couldn't do his job for double that. Truman has had some good CEO's and some not so good. Bluford did a good job too.

Now I may be wrong, but isn't the city kicking in so money to Truman from some tax?