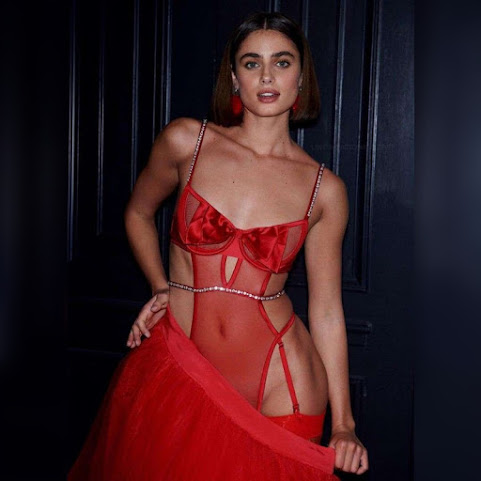 KANSAS CITY, MO. - The end of 2020 will be problematic as the coronavirus pandemic continues, according to Dr. Rex Archer, of the Kansas City, Missouri, Health Department. "The availability of testing though is a problem," Archer told 41 Action News in a one-on-one interview, "and has never been effectively addressed for our whole nation.

KANSAS CITY, Mo. - Nurses are among the frontline workers first in line for the vaccine. This comes at a time when hospitals are overwhelmed with patients, and many say this is giving them hope. Once you clock in the work never stops. The life of an ICU nurse during a pandemic is hard, but [...]

Each episode of the series leads with the statement, "based on true events." While the season accurately captures the feel of mid-century Kansas City, the narrative is based mainly in fiction. "It's a true crime story that isn't true" according to mafia expert Terence O'Malley.

Press Pause features free content (accessible via The PINK Nation App) in categories like move, meditate, breathe and get grateful This week, the intimates and loungewear brand announced the Press Pause program, which will provide tips from experts on how to "regroup and recharge before you react" through free content that falls into eight different categories: move, meditate, breathe, get grateful, reflect, connect, prioritize and express, according to a press release.

CNBC's Jim Cramer on Wednesday made a plea for Joe Biden to stay tough on China once the Democrat moves into the White House in the new year. "I hope the incoming Biden administration can look at Trump's trade war objectively, because in many ways, really, it worked," the " Mad Money" host said.

In shift from stalemate, Pelosi, Schumer back bipartisan $908B pandemic relief proposal

"While we made a new offer to Leader McConnell and Leader McCarthy on Monday, in the spirit of compromise we believe the bipartisan framework introduced by senators yesterday should be used as the basis for immediate bipartisan, bicameral negotiations," Pelosi and Schumer said in a joint statement referring to their counterparts, Senate Majority Leader Mitch McConnell and House Minority Leader Kevin McCarthy.

Attorneys L. Lin Wood and Sidney Powell reportedly urged Georgia voters this week not to vote in the pivotal Senate runoff elections in January until their vote is "secure," with Wood specifically telling people not to back GOP Sens. (Ga.) and (Ga.) until they take action on the matter.

Joe Biden is facing dueling headwinds as he looks to fill out his Cabinet: Senate Republicans want the President-elect to consult with them and choose nominees who could win their support, while liberal Democrats are pushing him to name progressives who could shape the policies of his government.

"Am I stoked there's a file on me? Absolutely. Did I enjoy it in the moment? Not so much." And, like the rest of us, he's been going through the hellfire of 2020, starring COVID-19 and the US presidential election.

KANSAS CITY, Mo. - The developer and the building team at Kansas City International Airport are partnering with United Way of Greater Kansas City for a fundraiser to help Kansas City recover from COVID-19. It's called "Sign The Beam," and for a donation to United Way, people can have a name placed on the last steel beam in the construction of the new single-terminal KCI.

"We want it to be a place where people from all different sides of Kansas City can come together and put all those political views and all those racial divide issues to the side - and just enjoy a beer and a slice of pizza," said Alan Kneeland, operating partner at The Combine.

Hide Transcript Show Transcript WEATHER. NEVILLE: WE HAD SOME SUNSHINE EARLIER TODAY AND THAT WILL GET OUR TEMPERATURES UP IN THE LOWER 50'S. WE ARE SEEING CLOUDS ROLL IN, WE CAN SEE THE CLOUDY SKY, WE ARE CURRENTLY AT 51 DEGREES. WE HAVE AN EAST-NORTHEAST WIND CURRENTLY AT NINE MILES AN HOUR.

KANSAS CITY, MO (KCTV) -- The Kansas City Finance Committee will be accepting a large sum of money to help reduce violent crime on Wednesday. The committee is getting a $1 million grant at 9 a.m. from the federal government. It's apart of the domestic violence grant fund.

KANSAS CITY, Mo. - Tina Farber once felt that she had nobody. Buying a house in northeast Kansas City meant bigger things were ahead. "Freedom," Farber said. But the house was crumbling around her and is in extreme disrepair. It was condemned, and Farber can't live there anymore.

Police in Claycomo, Missouri, are investigating an early morning homicide. Officers said police were dispatched around 2:20 a.m. to investigate a reported shooting near Park Avenue and Randolph Road. Police said officers found one person dead, with a suspect on the run. Investigators believe the suspect involved is also wanted for auto theft relating to this incident.

E-commerce giant Amazon.com Inc. is stretching its reach even further in the area of cloud computing services, and the Kansas City area will play into the company's technology expansion plans. Amazon said Tuesday that its Amazon Web Services Inc. subsidiary would bring a "local zone" to Kansas City in 2021, according to a release.

Dozens of Kansas nursing homes still wait three days to a week for overwhelmed labs to tell them if their residents have COVID-19. As of mid-November, 30 facilities had less than a week's worth of N95 masks on hand. Another 100-plus didn't have enough nurses.

Call it mutual admiration society or perhaps a bro-mance-or even the ultimate ongoing mentorship. Whatever you call it, one thing is certain-filmmakers Kevin Smith and Sav Rodgers have an affinity and appreciation for each other. The two directors met in the unlikeliest of ways. In 2019, Rodgers was featured in a TED Talk where he...

by: Travis Meier Posted: / Updated: KANSAS CITY, Mo. - Red Door Grill, a popular American-food scratch restaurant native to the metro, is opening two new locations, and one is happening right around the corner. The company announced plans to open its fifth metro location in Lenexa on Dec. 8.

Kansas City police said they have contacted a woman they believe is the victim of a "costly scam" involving more than $60,000 in Target gift cards.Authorities asked the public for help in identifying her on Wednesday.Police said the woman purchased a total of $60,000 worth of gift cards since Nov.

KANSAS CITY, Mo. - A Kansas City community center targeted by a thief is getting some help. FOX4 reported Tuesday how someone broke into the Whatsoever Community Center in the Historic Northeast neighborhood. They stole thousands of dollars in equipment. Thousands of kids have been coming to the center for critical after-school programming, including an [...]

Matt Besler previews playoff showdown: "We know how dangerous Minnesota can be"

As everyone can agree by now, nothing about the year 2020 has been normal. It was perhaps prophetic, then, that defenders Matt Besler and Graham Zusi-two unmistakable faces of the Sporting Kansas City franchise and eternal club legends-were not on the field in the club's wild playoff win over

KEARNEY, Mo. - A tree at Jesse James Park has been decorated in Desirea Ferris' favorite color - pink - in hopes that it will act as a guiding light to bring her home. This will be the fourth holiday season Ferris' family will spend without their daughter, who went missing on May 2, 2017.

Thanks, MAGAts, for continuing to spread COVID. I'm hoping your family now experiences the hoax symptoms from the hoax Democrat virus you passed around at the Thanksgiving table.

Enjoy the intubation tube, hospital bills, exhaustion of all financial resources, and bankruptcy. Better not see your lazy, leech as in line for gubmit handouts as well. Cockroaches.

The fat fake dr rexy just said the other day that they have doubled testing in kc so how can they not have enough, he’s such a lying piece of shit. I know this is a dimwit city and all but people aren’t that stupid that they don’t remember what he said the other day. Lying fat bastard.

When Taylor dressed as a sexy matador for Halloween, the bulls were running in the streets!!!

Anyone who has followed Cramer's advice on "Mad Money" has probably gone mad, and they've certainly lost money.

Ans also to hold their breaths until they turn blue.

Jimmy Kimmel is a big bag of steaming shit.

The guy started his career with blackface and the most chauvenistic comedy show on cable, The Man Show, and now he pretends to be a Marxist progressive to make money.

^^^^Hold your breath until you turn blue.

8:20 Wow a comment from a good christian praising one who has turned his life around, what support from a good person for a man who has had a troubled youth, but now is living a good life.

Some jackass in Georgia is calling on Trump to "suspend the Constitution and declare Martial Law" so he and others can "exercise their Constitutional Rights"!

Hey, Dumbass - if Trump could somehow "suspend the Constitution",
you wouldn't HAVE ANY CONSTTUTIONAL RIGHTS!

And others are calling for a "shooting Civil War" - guess they have never heard what happened last time some fools tried that.

I completely agree that no GOPers should vote in Georgia until the changes in voting requested are made...especially on January 5th. Don't be bullied, stay home.

9:17: On the positive side, that liberal rag, "The Wall Street Journal," printed a small story about Trump's trip down tin foil hat lane on page 6.

The WSJ has also been outspoken on how silly a hoax the Russia nonsense was.

^^You mean the Russian hoax that got Trump impeached, and lead to charges against 27 individuals? That hoax? Oh noes!!! Busted!!!