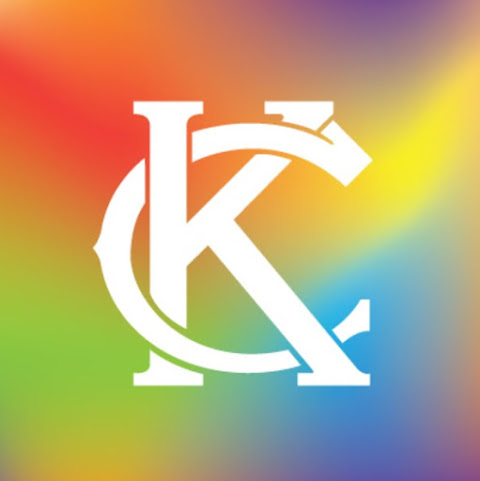 It's unclear how diversity and inclusion will help a city quickly moving toward bankruptcy but City Hall announced a milestone today.

"The council voted 11-2, including the mayor’s vote, in favor of the creation of the commission . . . The two councilmembers to vote against the commission were Katheryn Shields and Lee Barnes. Both stated that they believe the HRC can handle those tasks at hand."

There was a bit of drama and distraction on this vote, the council members on the NO side were correct in noting the duplication of services given the work of the Human Rights Commission.

The reality is that this move is really about providing some rising star activists their own platform, more access to council and hopefully motivation to do more work in the community.

More Zoom meetings won't do a damn thing for equality. What a joke. Did they do this in between the meetings for Troy Schulte Way?

Quiet boomer or no apple sauce for you tonight.

Wow. I don't think this will help with the homicide problem at all, it's a shame that KC council and mayor Lucas don't pay attention to what's really happening in this city.

Actually, if you really lived in Kansas City you would know that we have a high rate of Trans people targeted in murders. The LGBTQIA community does have something to contribute to the discussion. Unfortunately you don't.

Common KC problem. Far too many Queen bees, not enough worker bees. Only getting worse if this is any indication.

Lesbian, Gay, Bisexual, Transgender, Queer; put them all together and it represents an estimated 3 to 5 percent of the American population. With the exception of Barnes and Shields, who demonstrated common sense in not voting to duplicate the HRC, the remainder of the Council promoted "identity politics", the culture of "victimhood", and the toxic practice of pigeonholing everyone according to gender/sexual orientation!!!

9:37 comment
You said "LGBTQIA community", but the "IA's" were discriminated against and not included in this commission.

You better start marching in the streets to demand equity and tolerance.

Oh, and you really should add some more letters to that acronym, it's not confusing enough for everyone.

What do you expect? You elected a man who sucks dicks. How competent can he be?

Congratulations KC. Good progressive and inclusive leadership. Screw the many insecure homophobes on this site that are obsessed with fear of LGBT inclusiveness. I can only assume they are closeted or have small wee-wees.

The LGBT card the next best thing to a Race card in being a pain in the ass Karen. Humans, lets just divide ourselves by species and get on to something important.

Thank you @10:56. Good to know not everyone who reads this blog is a dimwit homophobic.

I agree. This is good for KCMO.

Whose brilliant idea was this?

Justice Horn - Senior Advisor for the Missouri for Biden Eric Bunch a Sly James disaster that shouldn't have been.

9:52 Comment
"Oh, and you really should add some more letters to that acronym, it's not confusing enough for everyone."

You, sir/madam/queen/however-you-choose-to-identify-as-this-particular-hour, did not include Pansexual and Kink in your list of those being discriminated against. The ONLY possible explanation is your sheer hatred for those different than yourself. This intolerance will not be tolerated any longer. Learn to love, not to hate. Marching in the streets, indeed!

9:37 ?? How many KC Trans People were killed last year ? Was it more than the Straight murder rate ? You are a f'tard that knows nothing about crime rates. You listen to Sold fear Tv too much. Think before you type your stupidity instead of following Anderson Cooper off the cliff of Fiction.


How about the city stop wasting millions on shiny bling that nobody gives a shit about, and divert toy train, 18th and Vine, Bike lanes and airport fiasco money, empty hotel money instead of asking over taxed, under served residents to contribute????????????????

Indeed. The way this city spends money (they don't have) would make the proverbial sailors ashamed.

Takes a lot of gall to place that burden on folks they already steal from.

Vote NO on the ETAX in April, and let this place go bankrupt. This city needs to be broken up into several townships.

Virtue signalling at its best. Empty gesture that accomplishes nothing.

So are they special and affirmed enough yet?

Perhaps we could focus on the metal health of LGBTQ persons. Unnecessary lockdowns have caused suicides in the community.

Just what KCMO needs...
More platforms for "star" activists.
Who have lots to say, but no responsibility for anything but their own self-importance.
Sad.

As an openly gay man, these fools don’t represent the majority of gays in KC, only the very vocal and flaming queens who just need to bitch about something, anything! This is another absurd idea that the few push onto a council that can’t stand up for themselves nor the rest of KC! There are many more pressing issues here!

Wow! Now I have 201 reasons not to come to Kansas City.

"Actually, if you really lived in Kansas City you would know that we have a high rate of Trans people targeted in murders."

I assume you do live in Kansas City. So you should be able to specify for us the rate (not number) of trans people targeted (not committed during robbery or other crime) in murders."

If you can't, you have to move elsewhere.

Drag Karen's Lives Matter lol what a bunch of crap.

We need more gays here and less geezers. The gays bring value to their communities where the geezers just take. The good news is the Rona is killing the geezers more and more everyday. The world is full up on hateful, old, racist geezers and it’s getting it’s revenge now. You love to see it!

you do see some gay couples fearlessly taking over a house in a rundown area and making it nice. they do that, give them credit. live and let live, I say

why did the black council members all go along with this one but against the new city manager? is there anything to be inferred from those tea leaves or is it nothing

The job of the mayor, council, etc. is to serve the residents of the city with civic services, not special interest projects. I’ve never heard of a gay person being denied city services because they’re gay, or being charged more in taxes because they’re gay. Why can’t they just be mainstream citizens rather than demanding a special interest commission.

Straight , white and Traditional families discriminated against instead. The world is Fruits and Nuts.