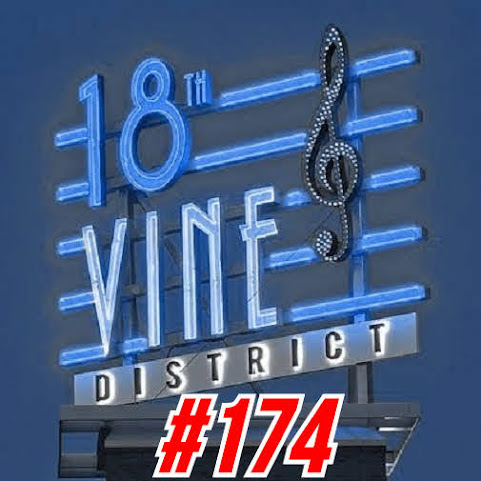 Overnight the Kansas City HISTORIC AND RECORD-BREAKING HOMICIDE COUNT continued to escalate with a deadly spate of shooting that echoed through the embattled jazz district.

The killing was at the very edge of the entertainment enclave and likely the result of a domestic dispute but ongoing violence in the vicinity of this struggling, taxpayer supported project continues to erode confidence that more than 100-MILLION in public financing for this neighborhood will ever pay off.

This latest killing keeps the level of deadly KCMO violence nearly 20% higher than last year with a horrific body count that's worse than anything this cowtown has ever witnessed.

"Just before midnight Friday, officers were called to 18th Street and Kansas Avenue, where they found a man who had been shot. He was later pronounced dead at a local hospital. Police say they have one person of interest in custody."

depending on the weather we could get to 180 if things continue to go south. Sad.

If they did a better count, you'd realize that we're already there.

Pray for the families. The people who have been killed are more than just numbers. They are people with people who loved them and who will be missed. The "count" is not helping to heal our city. If we truly want the problem to stop, we need to talk about solutions and not just dwell on the misery, hatred and anger.

Police say they have one person of color in custody.

Area seems to have a lot of murders. Are there a bunch of white nationalists there? Bad cops ? traditional family members ? Conservative White folks ? or those pesky white folks that always keep others from voting , yet no cell footage of ? Exactly which white folks are guilty for all these murders ? How can I blame Trump ? Asking for CNN and MSNBC as All of the BLM Sign supporters in Brookside are wanting to know.

Kansas Avenue is off Benton Blvd... about a mile away from 18th Vine. Hmmmm...? More White people reporting? We know they are directionally challenged.

18th Vine Jazz District is bounded by Brooklyn on the East and Paseo on the West; Truman Road on the North and 23rd Street on the South. This killing happened likely in Sycamore Groves where the scuzzies of life live, not within these boundaries. 18th Vine has never extended beyond Brooklyn Avenue. This killing was at or around the I-70 Benton curve. Dear White people... get your shit together.

You don't know what you're talking about and can't use google maps. It's literally two blocks away from 18th & Vine.

Don't be a know-it-all, when you obviously don't.

^^^You better look again. Kansas Avenue is East of Prospect.

5:38pm I’ve only lived in Kansas City for all my life and grew up in these communities, literally. Where this man was killed is the old Watkins funeral home which is now operated by the Dowdy family. The gas station at Benton & 18th, a gas station/liquor store owned by an Italian family who has owned most of the liquor stores in this area or a very long time at several locations. Kansas Avenue is 1 block east of Benton Blvd; on the South side is vacant land/bridge and on the North side is Sycamore Groves apartments/townhomes. I’m not a journalist, just a fact-checker and this is “literally” about a mile away from 18th & Vine. Your google maps is wrong as two left feet.

All of east kcmo is the "jazz" district populated by soon to be graduates, doctors, lawyers and aspiring rap artists.

Meanwhile, in the major leagues, Baltimore has 319 murders and Chicago has 759. We are a distant second in our own state to St Louis with 251. At least we set a new record this year.

If only we taxpayers had spent another million or so, this would never had happened. It's all whitey's fault.

Let's get rolling an this and MLK blvd again.

Is BLM going to paint another X?

The city should give them another $10 million or so and that would stop the violence.....says no one

Hey! I gotta a good idea! Let's elect nothing but black people to office and see what happens here in KC.

^^^Geezer please, you haven’t had a good idea in decades. Hell, you haven’t left your trailer in Frogville in decades! Stick to watching Matlock pops, it’s all you know!

The Urban leader thought process... Thes get the 3rd District Council members and the crooked east side ministers together.
150 Murders a year in the Chetto. Lets spend all of the general fund dollars on 18th and Vine. Completely ignore all other parts of the City.
ROI??? We don't understand the concept.

Their person of interest is probably not an interesting person.

Pussies, please. It’s only 174 murders. Not a big deal compared to Chicago or Baltimore or Detroit, or even St Louis.

Was this another killing over the Coltrane vs Mingus rift in the jazz community?

This is just a part of black culture. No amount of money, policing or special programs is going to change anything. The smartest thing you can do is just try to avoid them and stay away.

This area needs to be demolished. NOW. Move the Negro Leagues Museum to Union Station. It's the only thing worth saving down there. We don't have a "jazz district", we have yet another murder district to go along with the dozen or so other areas of this violent city where people are continually slaughtered. Why can't we be better than this? It's beyond sad.

I thought for sure we could make it to 200 this year. The boys are going to have to have a busy next two weeks to meet that goal.

Just another Friday night in KC

Anyone notice that since mayor mckneely moved to the jazz district murders down there have gone up dramatically?

Has the mayor gone vigilante or rogue? Did his inner hoodrat, I mean his true destiny finally come out to rob and murder!

The mayor may keep an apartment around 18th & Vine but he spends all his time out in Lawrence at a gay bar.

Add another X in the street for team BLM !!!

Bet there wasn't a hundred people in those two museums the last week.

Henry service told me and a group of white people that whitey wasn’t welcome down there, ever.

It seems as though that money isn’t nor ever has been a problem, several hundreds of millions of taxpayer dollars I might add have been spent down there but then the more money we waste down there the worse it gets.

What’s the connection to all the murders down there? Greed, incompetence and arrogance and it all starts with the cleave.

9:19, instead of calling people pushiest, do some basic division. Chicago has 2.7m people. Our population being substantially smaller means our per capita murder rate is much worse than Chicago’s. Try to understand crime stats before calling people names.

There can only be 3 colors. Let me guess.