Independence Center Crackdown Against Fighting And Customers: Amazon Is Easier 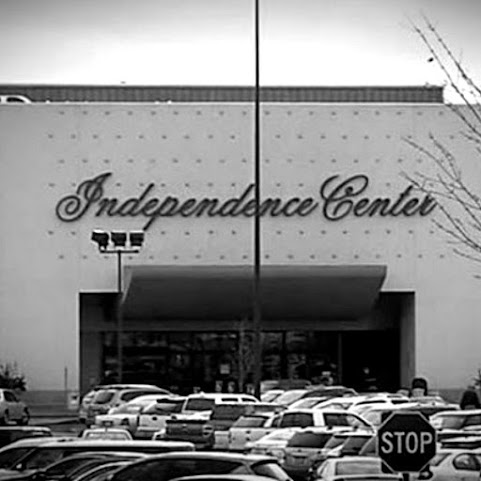 A bevy of keyboard warriors offered their horrible ideas for the meth town mall after a recent disturbance sparked headlines. Sadly, most of the suggestions are HORRIBLE for any biz that hopes the welcome the public in order to generate revenue.

Checkpoints, meanie armed guards and draconian rules for shoppers only sound like a good idea to grumpy old men . . . As we've seen amid throughout this year of COVID, authoritarian crackdowns are bad for biz and usually just inspire people to skip the hot mess altogether and shop online.

Similarly, check follow-up and the tragic story of an embattled mall undertaking very bad ideas in a losing fight for survival . . .

Fox4: Independence Center bans teens without parents on weekends after another large fight

This bold new crusade to chase away customers isn't going to work.

Again, local news doesn't like reporting that this mall is already crumbling under the weight of more than 50 MILLION BUCKS worth of bad debt and a restructuring deal that clearly isn't working out.

The demise of the American retail is just as much to blame as rambunctious (rioting) youths . . . Even 500 of them that reportedly terrified the community and inspired panicked cries for parental responsibility. (Good luck)

Independence Center is basically dead on its feet and, clearly, desperately clinging to any hope of avoiding an imminent shut down.

However, what this struggle REALLY reveals to Kansas City is that biz leaders are ill-equipped to deal with security, community-engagement and the cost of doing biz amid the "new normal" of American public life.

The companies that figure it out will profit whilst the rest are soon to join the ranks of dead-malls that already litter the suburbs.

It would be nice if parents took some responsibility. But that hasn't happened so far, I guess hoping for a little bit of common decency is too far fetched.

I wonder if the angry, white, grumpy men who still visit shopping malls can express themselves without being overtly racist or using profanity?

If you say you're superior. Prove it.

the "teens" aren't buying anything.

There should be an age limit.

^^^ another worthless no job gubmint loser kolored boy has spoken his racist mind.....

"Independence Center is basically dead on its feet"

Maybe you should go there before passing judgement

But people in general don't like "crackdowns" the more rules you impose on shoppers, the more likely they are to stay away.

There are plenty of people who visit the mall with their children who allow them to walk around on their own, in the overwhelming majority, there is no incident at all and it's a fun activity for families.

If you can't do that at Independence Center then those customers will go somewhere else.

True 3:15. It's not like the violent black kids run anybody off.

3:10 Not sure why you ended your sentence with a question mark. It wasn't a question. People wonder if angry black teens who visit shopping malls can go there without being overtly violent and starting fights.

If people say they're inferior because it appears they cannot go there without being violent, they are proving it.

Hard to do, since your word 'racism' only applies to political opponents, and is itself a racist assessment.

@3:20 - You're assuming every black teens starts a fight. That's not accurate, the vast majority don't and are well behaved.

There are only a small percentage of trouble makers.

Mall management is losing thousands of jobs to less than 10 or 12 teens at any given time.

It's not about racism, it's about incompetence of the people who run this facility. They should have never let things get so bad.

Some huge Amazon stockholders should give away free food coupons to the mall.
When the kids go to fight and eat free food... more Amazon products get bought and stock goes up.
Great idea!!

3:34 That's wrong and you know it. No one thinks all black teens start fights, but when they go to a public place in large numbers, trouble often seems to follow.

Hey 3:10, 500 black teens were involved in Saturday's brawl. Many prior brawls in previous months.

Those are facts; not racism.

Same segment of our culture destroyed Blue Ridge Mall and Bannister Mall and pretty much the Plaza.

3:34 - 500 violent black teens fighting at Independence Center is not a small % of black teens at the mall.

Geez, did you take math at the KCPSD ?

Repetitive violent behavior is indicative of an observed cultural issue of not respecting law and order or even common manners.

^^^ The teens congregating at the mall wasn't the biggest problem there.

There were rapists in the mall parking lot.

And a couple of them were white. I've lived in South KC all my life and the "teens" only scare a small fraction of people.

Gotta love the comments from retards who wanna pretend that it is not black thugs who are and have wrecked shopping malls all over the United States.

It's the same thing - those are no black kids tearing the shit out of still another shopping mall! You racist bastards want to blame those kids who to you might look like they are chasing away customers with violence, destruction and animal like behavior, but that is not what is happening! It is all the fault of racists that these thugs are tearing up the entire thing!

Fuckin weird, but, now, in this whacked out Progressive world, it is just a day ending in y.

We have two cultures in this country; one is "those that earn their due"


I was at Independence Center two days after Christmas and the mall was a ghost town when it should have been packed like Christmas years ago when everyone shopped after. Dillard's and Macy's have mostly black people working there and no customers in the store. The center let a racist store "Kindred" go in and show off racist clothing, Helzberg who is no longer owned by the Helzberg's is trying to sell fine jewelry but has a cardboard life size image of Patty Mahomes "which is controversial as hell" in the store that is so tacky I wouldn't go there for love nor money including the freebies they send me to pick up at my convenience. We all know that it's the blacks that have taken down every mall in the metro and they are going after Oak Park too. Independence Center won't be open much longer they don't repair anything and it's getting worse by the day. The smells in there are disgusting. Smells of sewer gas, and mold.

Gets ya Grilles and Lugz. Leave yo Gats at home .True dat.

Sad thing is that neither the Mall nor City Council have the ability to enact measures that are strong enough to get these animals under control. ("Civil rights" and all.) All while the rest of us sufferand the Mall continues to be further and irreparably damaged. They'll continue to ravage Independence Center into one big pile of dust. If 1000 of them stroll in and out of that mall every hour or so, collectively the stores in the Mall probably take in a mere $100...on a GOOD day, while sustaining losses in the thousands due to shoplifting, property damage and other sundry offenses.

Parents will be able to take responsibility for their children when parents don’t have to work 3 jobs and have time to spend with them. RAISE the minimum wage !!!

"Parents will be able to take responsibility for their children when parents don’t have to work 3 jobs and have time to spend with them. RAISE the minimum wage !!!"

Teens will always congregate some place. And for those teens who carry guns and tend to cause trouble, my concern is where they'll congregate if the Independence Center is forced to close?