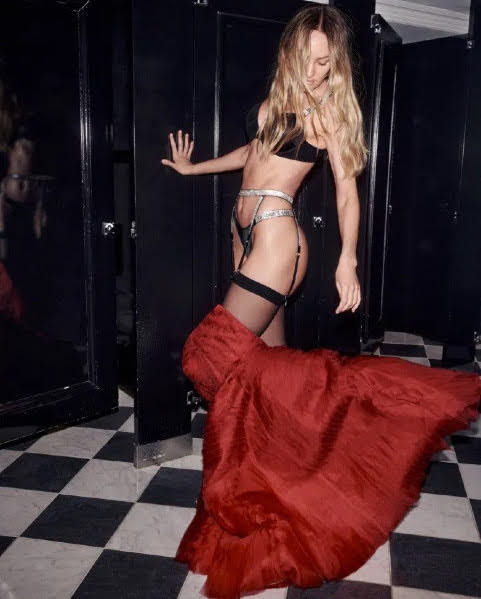 This midweek has the nation waiting on the inevitable as we admire angel Candice and a collection of community news, pop culture and top headlines for the moment.

Votes show a divided America, KC residents talk how America will come together in aftermath

KANSAS CITY, MO (KCTV) - There was no blue wave Tuesday night as so many predicted there might be. Instead, it became even more clear that as a nation, we are deeply divided. So how do we start to heal? It's a good question. Some suggest starting with love.

Hide Transcript Show Transcript CHANCE THIS WILL BE RESOLVED BY THE END OF THE WEEK. THEY AGREE THAT BIDEN HAS THE EASIER PATH TO THE WHITE HOUSE, AND THAT WAS BEFORE HE WON WISCONSIN, IN MID-AFTERNOON. PROFESSOR MATT HARRIS SAYS THE KEY IS WHETHER OR NOT OTHER REPUBLICANS FOLLOW THE PRESIDENT'S LEAD TO CHALLENGE THE RESULT.

Sunrise over Arrowhead, a make-shift polling location, on Election Day 2020. // Photo by Jim Nimmo While the election results for 2020 remain in limbo, the experience of voting in the metro on Nov. 3 remains an event cauterized in history.

The South African, 32, showed off the brand's festive lingerie including a glittering garter belt. The model is a regular for US lingerie brand Victoria's Secret. But she also has her own swimwear range called Tropic of C. Tropic Of C is described as an "eco-lifestyle brand born from a life spent at the beach".

President Donald Trump on Wednesday prematurely said his campaign has "claimed" several battleground states' electoral votes, a legally meaningless demand that has inspired Twitter users to jokingly make similarly nonsensical claims. "We have claimed, for Electoral Vote purposes, the Commonwealth of Pennsylvania (which won't allow legal observers) the State of Georgia, and the State of North Carolina, each one of which has a BIG Trump lead," Trump tweeted.

Democrats poured record-shattering sums of money into Senate races across the country, betting that President Donald Trump's deep unpopularity would provide their path back to power.


Veep On The Verge

WASHINGTON (AP) - Joe Biden won the battleground prizes of Michigan and Wisconsin on Wednesday, reclaiming a key part of the "blue wall" that slipped away from Democrats four years ago and dramatically narrowing President Donald Trump's pathway to reelection.

WASHINGTON - President Donald Trump is being encouraged by aides and advisers to not give up on his shrinking odds of victory, with those in his orbit determined to push a range of allegations about voting irregularities as they hold out hope that the count somehow shifts in his favor.

A nationwide push to relax drug laws took a significant step forward Tuesday as voters made Oregon the first state to decriminalize the possession of small amounts of street drugs such as cocaine, heroin and methamphetamine. Meanwhile, five more states legalized marijuana for adults.

OLATHE, Kan. - Johnson County breweries are celebrating a big win after voters approved a measure to throw out a law that's been around since the 1980s. The law required that 30% of brewery sales come from food. Red Crow Brewing owner Chris Roberts said the law being changed will benefit all local breweries.

As quarantine was being lifted for Kansas City barbershops back in early May, Michael Thurman, a barber of 12 years and owner of The Crossroads Conspicuous Barber, was struck by the idea of a traveling barber service. "[It] was a reaction to people not coming back outside.


Weather Drop On The Way

More sunshine for your Thursday

Hide Transcript Show Transcript NUMBERS TALKING ABOUT THIS MORNING -- 64 AT 6:00, 62 BY 7:00 AND FINALLY FALLING DOWN INTO THE 50'S BUT NOTICE HOW DESCENT BECAUSE OF THE CLOUDS. BY TOMORROW MORNING WE WILL FALL A FEW MORE DOWN TO 49 DEGREES IN KANSAS CITY, 47 IN ST.

Buy in for Biden?

If you want in you’ll have to pay the biden mafia family, otherwise you ain’t getting shit.

Just find hunter at one of the strip clubs around town, make sure he’s got plenty of crack and strippers to play with and he can strike a deal for 10% for the big guy. Be careful though, if you cross them they’ll send in the Russian mob or the Chinese gangs to take you out.


Ahhhhhh. Look at all the hurt MAGAT fee-fees. Get over it. Trump lost. Biden won. If you don’t like it, leave the country....

Get used to the same shit you’ve been giving trump for the last four years and this will be easier with dunce joe at the helm, the comedy of errors from him daily will make you not tune into TKC for his depraved and short presidency. Tables turned now copro boi!

The city is not nor has it been divided, that shits over now that a blunder a minute joe’s in office and now the media can stop with their lies and bullshit too. It’s like being called a racist when you don’t agree with the demoncraps, divided and racism have been the key talking points to distract voters away from the great things Trump and the republicans have done to end racism, with racism down to an all time low because of Trump, which by the way the high and almighty kkkdemocraps can now claim they fixed it and it all goes away amirite!

Just like the China flu, poof it’s a miracle it’s all gone! Hahahahaha!

^^^^Good grief. Don't you ever give your revisionist history a rest? Why not write a book? Maybe some right-wing media outlet will give you a review and you and your tripe can go somewhere and live happily ever after.

You did it to yourselves. Tissue?

Mostly because of Pelosi.
She is THIRD IN COMMAND!

Ever wonder what Lucifer looks like? Check out any photo of Pelosi (or even any member of the mainstream media)