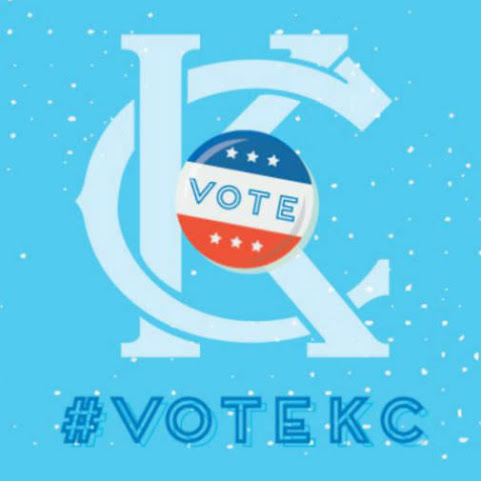 It took less than 10 minutes for TKC to vote today.

Had I believed cable TV news, I would have panicked, cast a ballot for Pete Buttigieg early and hidden under my bed until there was a vaxx for the plague.

Thankfully, rumors of massive lines and voters smacked down by angry officials were mostly unfounded.

To be fair, there's a chicken and egg theory at play. Skeptics of TKC (how dare you) would claim that constant election warnings and advocacy enabled the today's easy, harmless and convenient election. Obviously, a lot of people did a great deal of advance work to make sure the process was smooth.

Still, we post this bit of encouragement as polls close in a couple of hours and there's still plenty of time to vote. Some lines are long but not unmanageable and, as always, most of the panic from the MSM is simply a rhetorical ploy to expand a narrative that might or might not hold up after tonight.

KCUR: For Black And Latino Voters In Kansas City, Turning Out On Election Day Is About Being Heard

KCTV5: Voting in Johnson County off to a smooth start; early voting numbers up big

Voting was crowded in south kc but not horrible.

There was an election today?

I gotta call and see if I'm registered to vote. I'm sure they'll accommodate me.

Boarding up buildings to defend against supporters of a political party, ridiculous. Anyone that voted for any democrat should be ashamed of themselves.

The dimwits tried to scare people out of voting, they even had robo calls to people telling them it’s too dangerous to vote. Losers gonna lose.

Say, buh-bye MAGATs! I can hear the death rattle all the way from the White House bunker. Let’s hope Dear Leader does himself justice with a full syringe of bleach. If only we could lock up every MAGAT once the Blue Wave crushes your fragile souls...

VOTE HIM OUT! LOCK HIM UP!

Don’t board up the buildings. Just shoot and kill the looters.

I know a 66 year old man who got covid and was not feeling good for a total of three days, slept a lot and had shortness of breath walking up four flights of atairs. Dimwit doom and gloom dark winter mask mandate shot all to hell.

5:01 prepare your excuses for why “dear leader” wins again and you have to move to another country.

Venezuela is looking for more queers to come live there!

I saw a lot of homosexuals riding bikes when I went to vote. Too bad I already have a hood ornament.

When trump wins again what will be the first excuse the dumbass dimwits come up with, they’ve had months to prepare for this loss and I bet it’s still gonna be Russia Russia Russia!

The Amish has put Trump over the top in Pennsylvania. The Party is Starting. Breaking The Hispanic voters PUT Trump on top in Florida. Film at Eleven ..

For Black And Latino Voters In Kansas City, Turning Out On Election Day Is About Being Heard... can’t the same be said for White voters and every other color? KCUR has lost its edge as a thought leader in radio. Gawd. Whose race baiting now?

Biden: "I had a job with a nice country club kind of pool as a lifeguard .. I played ball with a lot of great black athletes but I didn’t know them. I mean, we knew each other. They were friends. But I didn’t know them. And it was a great education. It was like the Green Mile." pic.twitter.com/l5CeRN9Lue

“This is my son Beau Biden…This is my granddaughter Natalie…No wait, no wait, we got the wrong one.”

I'm Joe Biden and I'm running for the bathroom. 😏

Trump is winning the popular vote by a country mile too!

"This will end. This will end. You look at flu season. I said 26,000 people. I never heard of a number like that: 26,000 people, going up to 69,000 people, doctor, you told me before. 69,000 people die every year — from 20 to 69 — every year from the flu. Think of that. That’s incredible. So far, the results of all of this that everybody is reading about — and part of the thing is, you want to keep it the way it is, you don’t want to see panic, because there’s no reason to be panicked about it — but when I mentioned the flu, I asked the various doctors, “Is this just like flu?” Because people die from the flu. And this is very unusual. And it is a little bit different, but in some ways it’s easier and in some ways it’s a little bit tougher, but we have it so well under control, I mean, we really have done a very good job."

Talk about incoherent! That's your boy.

Without the protection of the White House, indictments are coming for Individual One.

It was nice watching Senile Joe introduce his granddaughter as “my late son Beau” today. No, not kidding. It’s truly amazing that anyone could think he’s even remotely able to fulfill the role. There are multiple Democratic senators that would have been far better candidates.

5:01 and his antifa buddies won't be able to get it up tomorrow at their post election circle jerk. Hahaha

Glad all the Demosleazeballs in Mizzou wasted their time voting! HAHAAHAW!

Voting was easy in KC because Blacks knew Joe Biden is KKK. No interest.