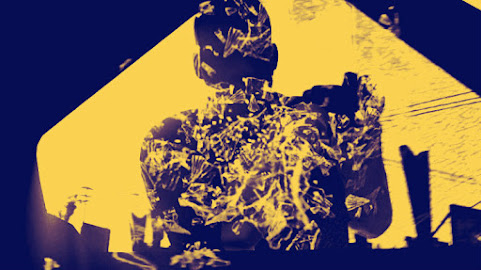 For those who don't know the theory in dispute, let's review . . .

"The broken windows theory is a criminological theory that states that visible signs of crime, anti-social behavior, and civil disorder create an urban environment that encourages further crime and disorder, including serious crimes."

This "CRACKDOWN ON POOR NEIGHBORHOODS" tactic is touted by grads of 3rd tier state schools at the lower levels of law enforcement who mostly share their "research" by way of Facebook hate speech.

Thankfully, the tactic is a left over from 90s-era pop psychology magazine articles and not really part of police policy.

"Cities across the country have sought ways to improve neighborhood safety and in recent years have pointed to demolishing abandoned housing as a way to achieve the goal. While millions of dollars have been spent on the efforts, a recent University of Kansas study found a program demolishing more than 500 abandoned residential properties in Kansas City, Missouri, did not significantly reduce nearby violent or property crime.

"Since the housing foreclosure crisis of 2007-08, the number of abandoned homes across the country has rapidly increased, drawing attention to dilapidated and abandoned residential properties and their effect on neighborhoods, including elevated crime rates. Hye-Sung Han, assistant professor of public affairs & administration at KU, conducted a study in which she examined 559 abandoned properties in Kansas City, Missouri, and nearby crime rates in the surrounding area. She found the demolition did not lead to a reduction in nearby crime and that localized socioeconomic and housing characteristics were much stronger predictors of any change in crime rates."

Remember that demolishing abandoned houses was a MAJOR effort was touted by former Mayor Sly James yet, as this study confirms, the impact on crime was negligible.

And so, yet another sketchy social science theory influencing public policy has been disproved after MILLIONS in KCMO taxpayer cash was wasted on the effort.

it was always just job creation for construction companies who donated to the right campaigns.

Who are they trying to kid? There is no interest in controlling crime in Kansas Shitty. These assholes can't even handle picking up the trash LMMFRAO

Another worthless College Professor research paper and we taxpayers fund this garbage.

Tearing down abandoned houses prevents these houses from becoming drug houses and other gatherings for crime.

Once the roofs start to crumble and rain goes in asbestos and other toxins go into the ground water from these old homes.

I bet this overpaid, tenured Dr. Dumbass has never even visited said neighborhoods or talked to the neighbors to get their opinions on whether they appreciate abandoned, dangerous homes be torn down.

No, he visited them to buy drugs.

Why don't you do a real-life "research" study and buy a house next to one of the abandoned homes in urban Kansas City to determine if you think it should be torn down.

Report back to us after one year.

I understand this. Tear down a dilapidated, abandoned house and replace it with a trash filled, weed grown vacant lot with a couple of abandoned cars in it. Doesn't take much of a study to figure that out.

^^Well, you have to live somewhere.

Doesn’t mayor mcdumbo have an online degree from ku? Maybe these two know each other from hanging out at the gay bars!

Bandit you’re right, the city doesn’t care about crime, they only care about controlling people over masks so.....

tony there may be reasons to tear down the dilapidated structure even if there isn't the measurable reductio in violent crime. case by case.

wonder what the remaining residents think in those blocks, should the houses be boarded up or torn down? does an investor or a first-time homebuyer come in more easily to the vacant lot, or to the structure that is empty and exposed to all kinds of vandalism, copper rats, etc etc.

Dr. Dipshit/Libtard/Brainfart wants you to believe that residents and/or owners are being removed from abandoned homes. He SUCKS at Jedi mind tricks.

Demolishing dilapidated vacant houses is not part of broken windows crime control. If the professor thinks it is, the professor is a moron.

There are many reasons to demolish dilapidated vacant houses. Neighborhood crime reduction is not among them. The professor is using a straw-man argument. If he/she/they/ze does not realize this, he etc. is a moron.

Here's an idea for those house. Choose one per weekend, let all the residents know, have a fire truck or two standing by, and burn that bitch down. Block-party style. Its a good way to get people out to meet their neighbors. One of the most efficient ways to dispose of construction debris (urg, urg, but the environment, urg). An excellent way to get rid of the left over drugs (chemically converting them into hydrocarbons rather than leaching into below grade water or soil. Doesn't cost nearly as much (could probably get volunteer FDs to come in rather than pay the KCFD leeches).

Those assholes never burn anything that needs to be burned. Then they bitch about living in squalor. Have fun with it Kansas Shitty. Don't live there. Don't care. Just watching purely for entertainment.