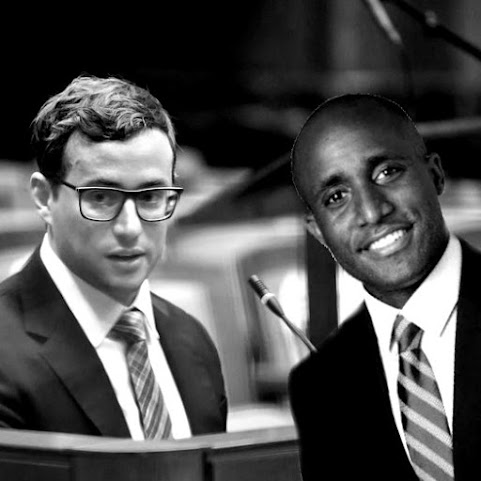 Mayor Quinton Lucas recently suffered another embarrassment and rebuke of his political standing within the urban core.

IN A DRAMATIC REVELATION, CLAIMS OF A DISCRIMINATION LAWSUIT AGAINST THE NEWBIE CITY MANAGER SURFACED ON AN OTHERWISE BORING KANSAS CITY PUBLIC AFFAIRS SHOW LAST NIGHT!!!

The disclosure from KC Call managing editor Eric Wesson offered a great deal of context for heightened complaints against the 12th & Oak leader. 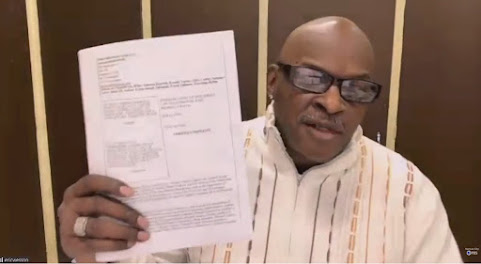 Here's the money line that we brushed up a bit because Zoom calls can be tough in terms of audio . . .

“His support in the black community is wavering. Not only concerning issues with the Chief of Police but also given the process with which the city manager was hired. That’s why all the Black city council members voted no, because the process was very shaky.”

Remember that our blog community was the FIRST to note that all Black council members voted against the new city manager.

Meanwhile, notice that Mayor Q wasn't even allowed to celebrate the "victory" of Joe Biden without interruption from activists. 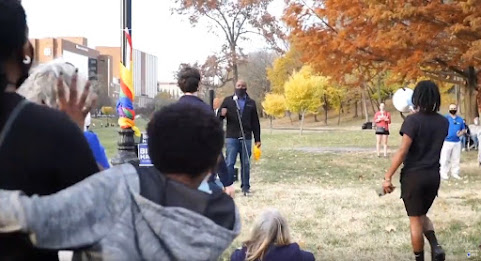 It's very likely that embattled Mayor will continue to confront criticism given his mixed signals on support for the top cop.

Check the direct link to a surprisingly lively segment in the Week In Review broadcast which highlighted this debate but was only seen by a few dozen local political junkies.

the mayor's strongest "base" of support was from people who absolutely opposed to Jolie Justus. She was the key to his victory. Without her he couldn't win against a real candidate.

^^^ Actually, not the worst theory I've heard so far.

If the mayor shuts down businesses again he might face a REAL recall from people who actually know how to get things done. His leadership has been some of the worst in the nation during the pandemic and what good has it done? Despite all of the restrictions we still have "uncontrolled" spread in Kansas City.

Lets talk to the HR dept of the city about this. Ha, Ha, Ho, Ho, bustin my gut here!

Of course all the black council members voted against the new city manager; he’s white and they all racist.

And you don’t think the fat black reverends run this town and you idiots keep voting for their candidates, but then when they don’t get their way, well!!!! Wake up people you get what you vote for!!!!!

What do you mean people who know how to get things done? If there were people who knew so much where were they when we were trying to get this accomplished over the last five months?

#metoo insists we have to believe each and every woman* who claims sexual assault. Now BLM insists that every racial discrimination lawsuit is in itself proof of discrimination.

Screw 'em both. Hold your conclusions until the facts are in.

*Other than Tara Reid

The problem with Quinton is that he doesn't really believe in anything. He's not a reformer, he's not an activist, he's not even a really good politician. The people who really read the blog know that he's not even really a law professor. There's a lot of things he's really uncertain about. And it shows. We, as in Kansas City, needed a strong leader during something as serious as this pandemic and we don't have that in the current mayor. I wish him luck going forward because it's only going to get harder and I'm hoping at some point he actually does rise to the occasion.

I'd start another recall effort immediately!

He's doing a good job and obviously none of the recall efforts have worked.

Q hired a qualified person he was not looking for colors of skin. The City is on the verge of Bankruptcy. They may have to cut pensions .AND Spending. You Don't want to have an incompetent Manager in at this time

Think about it said...

City Manager is a real job, which requires actual skills & competence. I'd go with the white guy too.

I have found a way to quickly scan this blog. Whenever I see Bandit's stupid TransAm "bird", I just go right by. I find the blog is better without his multiple inane commentary.

Did Brian PLatt disclose his pending discrimination lawsuit during his interview or to the city council or mayor?

Thanks for that desperately important piece of news.

Mayor McDrinkerson trying to pander to all, succeeds in doing nothing but looking desperate.

Black support for The Call is also wavering... as well as between and among Blacks. We don’t have the highest murder rate for nothing on the Eastside. Nearly all victims and perps are...Black.

That's what happens when you play both sides. You find yourself in a lose-lose situation. Should have stuck to being a law and order mayor instead of buying into the Marxist racism hype.

Zero sum. Competence is punished if not the right look.

Brian Platt is hired before he's hired and he has an active discrimination lawsuit. What is KC becoming??

If he hadn't had a ginned up discrimination lawsuit before he arrived in KCMO, he'd have one soon enough after he got here.
Fake racial employment lawsuits are a state of art and more than a few folks "earn" their livings just that way.
And there's plenty of "expertise" available for anyone who might want to make accusations, damage someone's career, or cash in.
Just like Chief Smith, this guy being beaten up endlessly by screams of "racism" has just begun and will make it difficult if not impossible for him to do the job the city desperately needs.
Especially with Lucas and the rest of the celebrity wannabees on the council and KCMO in desperate financial shape.
For people like Wesson and the rest of the usual suspects, everything is ALWAYS about race.
And themselves.
Sad.

Sometimes you want a vanilla wafer instead of the usual tootsie roll. True dat

What color is my dog when he jumps backwards?

can't have no whities up in the gubment

7:19 Got any sheet music for that touching sentimental song? Sorry for your loss.

Eric Wesson is just nervous. For years he has had sweetheart contracts (his girlfriend too) with the city manager’s office to perform “services”. Why? So he’d go easy on the manager in The Call maybe? Now with a new, hopefully clean, manager, Wesson’s contracts will be cut.