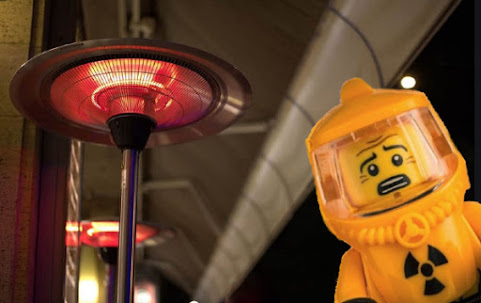 One last bit of bad news deserves consideration as Winter 2020 seems as if it'll be the worst in Kansas City history.

We've got more perspective on KC hash times coming up . . . But for now it's worth noting that options for local biz are quickly running out as cold weather approaches.

KC Biz Journal: KC restaurants brace for another hit when it's too cold for outdoor dining

Stimulus should cover it all.

MASK UP
SHUT UP
Y'FUKUP!

Fuck the mask, fuck the Fascist Mayor and fuck democrats.

I went out to a restaurant today and was approached by a woman who came to our table and said my friend and I had to provide names and phone numbers before we could be served lunch. I had no intention on giving her my personal information and was going to leave, but she spoke with the owner and said we could have lunch. The owner said it wasn’t worth losing business. We walked in as law abiding citizens wearing our masks, I left feeling very troubled about what’s happening.

I was in that same restaurant. I left my name. Mike Hunt.

The party of science refuses to acknowledge that masks holds back the virus like a chain link fence holds back mosquitos.

Sorry, but government will NEVER tell me what to do or how to live my life. I make my own decisions and if I want to gather with a large group I will do so. If you are in the high risk category or are elderly then you make your own decision to stay home. I will not bow or kneel to a virus where the survival rate is 99%+. What the government is doing to people and their businesses is criminal. ANY politician that mandates others to close their businesses due to covid should LOSE their own paycheck until these businesses are opened back up. What the government is doing is absolutely DISGUSTING.

Sure would be nice if the government stopped lying to us. I don't believe these masks are making any difference. Theres no way that a piece of cloth, that one is constantly pulling up and down and getting their germs on it is filtering out anything. Unless you are in a plastic bubble, you are not protected from this virus. Unfortunately, this virus seems to affect those who are older or with compromised systems. The truth is, it has been released and is now a part of life. It has spread globally and without a vaccine, sooner or later you will get it. The masks that you are being told to wear, do absolutely nothing and for the WHO or CDC to say otherwise is just nonsense. Their original stance on the issue was the correct one. Yet, we as humans don't want to hear the truth. The truth is, you will more then likely get this virus. (I know a lot of people who have contracted it) Most asymptomatic although others have died. the ones who died had some previous issues in life with a compromised system. Life is not guaranteed. it could end tomorrow for any one of us.

Thanks, MAGATS. You, along with Dear Leader hiding in the WH bunker, killed hundreds of thousands of Americans with your asinine FREEDUMB. May COVID works its sweet hoax magic on you and your spawn. Enjoy the ventilator, cockroaches.

I don't know how many of these bloggers actually own a business or has actually lost money as a result of Covid. If you are just a citizen, you don't have a right to do anything other than what the authorities say you can do. Keep your funky ass at home and off the streets. Its always the poor white trailer trash that is out here on social media talking big, but you have no power so shut it up.

The last shutdown didn't kill the virus, just our souls. The Fascist Mayor is at it again.

Having discovered here in KC, we have lost our spines and are now easily penned inside their homes like two-legged sheep, the petty potentates who rule - not govern, rule - far too many states and municipalities have concluded that we will never fight back, never resist, and never reject their latest whimsical edicts.

For proof, look no farther than California, where 41 of the state’s 58 counties have just been returned to most-restricted status, and a statewide curfew is now being bruited in Sacramento. California is “pulling an emergency brake,” as CCP virus “cases” rise, said Newsom, who recently attended a pricey private birthday party at the exclusive French Laundry restaurant in the Napa Valley, violating his own Caligulan guidelines.

In defiance of all previous medical experience, the Covid “pandemic” has muzzled the population with bank-robber masks, driven families asunder, forced elderly couples to die apart, punished schoolchildren with the false promise of “remote learning,” made Americans eye each other with suspicion and sidle away, and created a near-Stasi level of rats and snitches only too happy to inform on their fellow citizens.

It’s also killed the hospitality industry, the airlines, and commercial real estate. And all in brazen violation of the Constitution’s explicit guarantees of freedom of speech, assembly, and religious observance.

It has been a monstrous disgrace, made even worse by its supine acceptance. But even more dire consequences have followed the arrival of the Chinese Communist Party virus here in America.

Masks became normalized, even mandated, thus allowing the brutal, cowardly thugs of Antifa and Black Lives Matter “activists” to go about in public in ninja mufti, faces concealed in violation of innumerable local ordinances. Once, the wearing of a concealing mask was practically prima facie proof of criminal intent, but now, thanks to the irresponsible and self-aggrandizing Dr. Anthony Fauci and other “experts,” the lack of a mask signals an inability to accept authority and perhaps also a willingness to expel the phantom virus into the faces of the innocent.

Go home and watch The View, if the mayor says it is ok that is.

And while you are stuck at home with no job or future, the Mayor, like Gavin Newsome, Nancy Pelosi, Lori Lightfoot (The list goes on and on.), will be partying and NOT social distancing and will take trips to Hawaii on the Tax Payer dime.

More lies from our "Leaders".

In Ca. - This is a totally manufactured crisis, and we can prove it with basic information that anyone can find.

The case numbers really mean nothing here. What all of this is about — all the fear, the confusion, the misery — is over COVID deaths. And the number of COVID deaths in California peaked at a seven-day rolling average of 148 deaths per day on August 10. As of November 15, that average is 42 per day.

The hysteria we're being fed is meant to have you believe that this current surge evidences some unprecedented rise in people contracting COVID and walking freely among us. Fear your neighbors, everyone; mask up extra-tightly; and for God's sake, don't have family and friends over for Thanksgiving dinner, because everyone's a vector for this virus!

But we haven't reached some unprecedented level of danger. That's simply not true.

Besides hitting the one million mark in COVID cases this month, California just crossed another threshold: 200 thousand tests per day. For most of the summer, the number of tests in California averaged between 100 and 150 thousand. And for much of July and part of August, the average daily number of new cases was consistently higher than it is today.

Newsom's latest effort to visit misery upon the people of his state is not about public safety. And while it is about power and control at some level, I suspect there's something else involved here, and that's boatloads and boatloads of taxpayer money. If the lockdowns can be framed as necessary for public health, and the financial strife and misery can be extended for long enough, then Newsom's having crippled his own state's economy and oppressing its citizens might pay dividends when he and a coalition of similar blue states later go to Washington, hat in hand, to lobby an incoming Biden administration and Congress for that trillion-dollar bailout he asked for over the summer — which might go a long way toward financing California's bloated pensions and otherwise compensating for its fiscally reckless governance over these past few decades.

Great pic of Newsome eating with dozens of others celebrating a 50th birthday of an advisor.
Imagine that.

They have no idea how to lead and are completely two faced liars.

And Mayor 10-10–10? Didn’t he get caught in a photo with COMPLETE STRANGERS with no mask?

So KC is much like California leadership- hippo critical. Just fat wrong.

And no relief as Nancy would rather starve complete families with little kids.

Those are the leaders.

But doesn't everybody's paycheck come from the taxpayers and just miraculously shows up month after month?
Quick!
Somebody tell Rex and smiley selfies Lucas how the economy actually works!
Amateur night on the plains.

And yet the Democrats are going to end up with the house, the Senate, and the Presidency. Weird.

Amen. Thats a dumb Democrats response above yours. There retarded all they can say is mask up
What a non working pos

I feel the same. They do that to contact trace. Its to call you and lock you in your home for 14 days if someone gets the flu in that establishment.TOTAL COMMUNISM.

Buddy do you work. Or are you a welfare pod Democrat? WHATS YA DUMB PEOPLES DEAL

You got that right

It's simple COMMUNISM. Its not any more complex

Its called cheating. Comunist lie and cheat. Always have

Well tell me what you think dumb Democrat?

I ran several of Boomer Hater/Geezer/Pops/Geriatric Fu*ktard/Old People/Weird/CHUD boy's comments through an online age detection app for written materials and it showed in the results that he is only 10 years old. You can tell his age by his lack of writing skills and his frequent temper tantrums. I'm guessing he dropped out of elementary school, and his mother doesn't know what to do with him, especially when he continues to wet the bed and fill his diaper. For his welfare, we’ve started a GoFundMe page titled “Save the 10-Year-Old Bed-Wetting Dumbass."

"There is utterly unfounded public hysteria driven by the media and politicians. This is the biggest hoax ever perpetrated on an unsuspecting public. There is absolutely nothing that can be done to contain this virus. This is nothing more than a bad flu season. It's politics playing medicine and that's a very dangerous game.
There is no action needed....Masks are utterly useless. There is no evidence whatsoever they are even effective. It is utterly ridiculous seeing these unfortunate, uneducated people walking around like lemmings obeying without any evidence. Social distancing is also useless.....
Positive testing results do NOT indicate clinical infection. It is simply driving public hysteria and ALL testing should STOP immediately....using the province's own statistics the risk of death under 65 is 1 in 300,000. The scale of the response is utterly ridiculous...all kinds of business closures, suicides .... you're being led down the garden path."

^^Nope, nobody's buying that shit. We understand the virus. You lost the election because of shit like this. Go sell that elsewhere chump, we're all full of morons on here.

^^^ Blacks ruin everything, you’re the perfect example of stupidity

Go eat from foreigner owned restaurants. They want money to pay their bills. They also don't give a fuck about the communist rules the progs are trying to use to put them out of biz. Good thing I love Mexican food. Hard to find a more practical race.

^^Yea, but they hate you puta. They spit in your tacos because you don't tip enough and reek like geriatric shit.