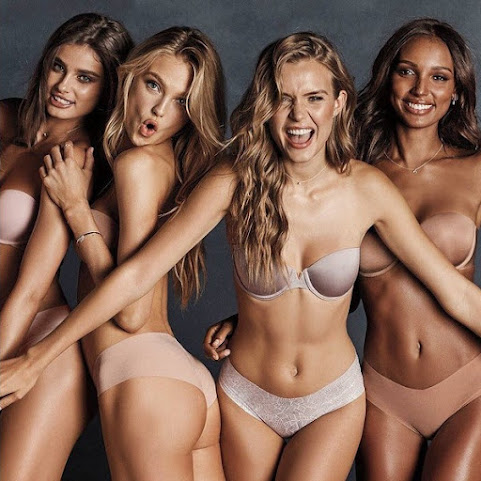 KANSAS CITY, Mo. - Food pantries in the Kansas City metro are finding the need now is greater than when the coronavirus pandemic began. "There's been an influx of people coming in - Students, staff, and faculty," Lea Morvan, a graduate student and food pantry coordinator at Avila University, said.

KANSAS CITY, Mo. - On Saturday Kansas City added 1,300 new COVID-19 cases, bringing the weekly average to 1,282 new cases. Kansas City has now reported 74,000 positive cases since the beginning of the pandemic. With the significant rise in COVID-19 cases in the metro, Kansas City Mayor Quinton Lucas continues to plead with others [...]

Kansas City, MO (KCTV) -- RideKC is rolling back some of its transit service due to COVID-19. That means routes that aren't as widely used will be temporarily canceled. The city recommends using transit services during the pandemic for essential trips only.

L Brands names a new chief to lead Victoria's Secret, as it works to revive the lingerie brand

L Brands announced Wednesday a new head of its Victoria's Secret lingerie business, as it works to revive the brand. Effective immediately, the company has tapped Martin Waters, current head of L Brands' international division, as CEO of Victoria's Secret, replacing John Mehas, who has served in the role since February 2019.

subscribe to The NPR Politics Podcast podcast More votes were cast in the 2020 presidential election than in any other U.S. election in history, and the turnout rate was the highest in more than a century. President-elect Joe Biden has now earned 80 million votes, and ballots are still being counted.

President Donald Trump is expected to join his attorney Rudy Giuliani in Gettysburg, Pennsylvania, on Wednesday, where Republican state lawmakers are holding a "hearing" on allegations of fraud in this month's election, two sources familiar with the plans told CNN.

Lou Dobbs Still Believes in Sidney Powell: When Will the Trump Presidency Be 'Saved?'

Fox Business Network host Lou Dobbs is still holding out hope that President Donald Trump will remain in the White House come Jan. 21 and Sidney Powell will help make it happen, even though the Trump legal team has disavowed Powell and the Trump administration has already begun the transition process.

Dave Chappelle had made it clear that he did not approve of ViacomCBS licensing his Comedy Central series, Chappelle's Show, without paying him a dime. The comedian spoke about it during his recent Saturday Night Live monologue, and now he has done something about it.

Patrick Mahomes Is No Longer Just a Phenom. He's the GOAT in the Making.

I get it now. I'll admit to being a little slow on the uptake, but I finally understand what it means to be in the thrall of athletic greatness. In 2003 I moved to Chicago, to a city that was still in the shadow of Michael Jordan five years after he had left the Bulls for good.

A recurring theme in Kansas City's tech circles: not enough skilled workers to fit the open job opportunities, said Ryan Weber. "That shouldn't surprise people because it's not a Kansas City problem - it's a national problem," said Weber, president and CEO of the KC Tech Council.

After being targeted a second time, Kansas City church has message for vandals

KANSAS CITY, Mo. - A Kansas City church community is praying that vandals stop making them a target. For the second time in a month, someone has destroyed property belonging to South Broadland Presbyterian Church located on Holmes Road. The most recent crime involves 15 broken windows around the church building and daycare.

Today is a Storm Track 5 Weather Alert Day. We are tracking a 90% chance for rain and storms. High temperatures near 52.

Gucci Mane - Truth is the song of the day and this is the OPEN THREAD for right now.


Mahomes is a communist asshole in the making. He is despised by many and he is very hard to look at. As for the food pantries, stop giving food to people who live in Central Hyde Park that have huge houses and drive expensive cars that go to the food pantries and rob from the poor. You know who you are! As long as the food pantries give to these people and the hateful black communities that burn down our cities and destroy our way of life they will get nothing from me anymore just like the Salvation Army who gets nothing from me anymore for what they have done. Starve dear ones!

Another spiteful little shriveled hate-filled Trump Supported heard from!
Whiney-assed little coward, you were raised better that this, your Mother would be so ashamed.

Mahomes is the single greatest QB in football history. This city is lucky to have him as he is a terrific human being and a phenomenal QB. If you don't like him, you're just a broken, busted, bitter, geriatric fucktard who's waiting to die. Patrick Mahomes: The greatest to EVER do it!

What kind of dirtbag doesn't like a local qb who won a super bowl? Seriously. That is a new level of self hate that doesn't even register on the normal scale. You have to be a dedicated hater to stoop so low. Grow up people, sorry you failed at life but don't take it out on Kansas City.

Mahomes can go play hide and go f**k himself. Just not into him or the "Chefs" anymore. Football is dead to me.

10:45 a lot of people could care less. There, now go away till you understand how life really works.


Yes Trump said that. Research it!

And we should care about your opinions on football or anything else, Baby Burt... why?

^^^^ only gonna happen if they count Asians as "minorities"


that great view of Candice's butt cancels out the hideous Biden pic.

Fair and balanced reporting by TKC.

With at lest five large companies hiring at least 100,000 each for the holiday season, and possibly beyond, how can the new unemployment numbers be that high? Just thinking that the numbers were in that range before these five offered their jobs.

Damn, would never think I would see my city cower in the face of hardship. Usually we rise up!

wear a mask, don't be a goof ball.

No mask here. No problem either.

If only Joe Biden had been president in 2020 we'd have hit that predicted 2,000,000 covid deaths mark! Because he knew that any act he might take to cut off travel from foreign countries was xenophobic! And he'd have had such fun with Nancy and Bill at their Chinese New Year festivals!

After a devilish good night, Amanda rejoiced at receiving her wings!!!

Who cares though, and why are you and this woke Arab so desperately interested in Trump's weiner?

Any Christian that thinks for even a second that Trump is a Godly man needs to re-read the Bible.

at least he's trying his hand at breeding and multiplying - just like the good book says we're supposed to do. so, there you go.

And he took from the rich and gave to the poor. Wait a minute, that was Robinhood.

The Demoncraps keep filling out extra ballots with only Biden marked on them and turning them in. Then their Demoncrap friends keep counting them as real votes. That's how he won. The Demoncraps have no honor and will rot in hell for their cheating American voters in this election. The numbers don't add up. Ask any mathematician.