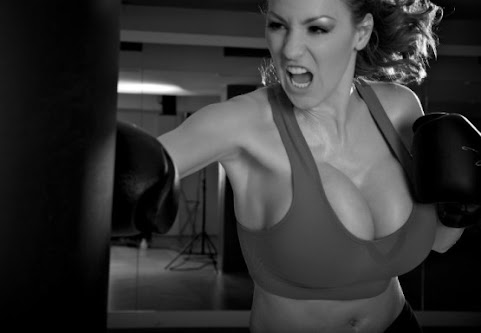 After all these years, the fitness hotness of hottie Jordan/Ina still inspires as we check these local headlines that deserve a quick glance but maybe not a post . . .

KANSAS CITY, Mo. - Kansas City drivers experienced a wet commute Tuesday morning, and it caused a few delays. 41 Action News reported several crashes and slide-offs due to the wet roads via the traffic monitoring system. WET ROADS: As you're waking up and heading out the door, keep in mind the roads are WET & SLICK.

What will President Trump do? That's the big question on people's minds, here and across the country, this upcoming week. Will he concede? Or will he continue to look for evidence of counting infractions that he can use to challenge the election results in court?

The Country Club Plaza is losing two retailers. But a year-long pop-up has opened. Longtime men's apparel store Pinstripes is closing with a retirement sale starting later this week. Mister Guy had operated in the space, at 601 W. 48th St., since late 1976 before closing its area locations in late 1993.

KANSAS CITY, Mo. - Plaques providing more context about Andrew Jackson will be posted near statues of him outside Kansas City, Missouri, and Independence courthouses. The Jackson County Prosecutor's Office initially started the process to purchase the plaques in 2019.


KANSAS CITY WAY AHEAD OF THE CURVE!!!

KANSAS CITY, Mo. - While you've no doubt heard that Vice President-elect Kamala Harris will become the first woman to serve in that post, she won't be the first person of color to hold the job. That distinction belongs to a Kansan who was nominated by GOP leaders here in Kansas City almost 100 years [...]

KANSAS CITY, Mo. - Mayor Quinton Lucas wants a humane wage for workers at entities that get 25 percent or more of their annual funding from the city. The Finance, Governance and Public Safety Committee will talk about the proposed ordinance at their 10:30 a.m. meeting Tuesday at City Hall.

Today is a Storm Track 5 Weather Alert Day. We are tracking an 80% chance for scattered showers with falling temperatures all day into the lower 40s by 5 p.m.

She could whip Sharice !!