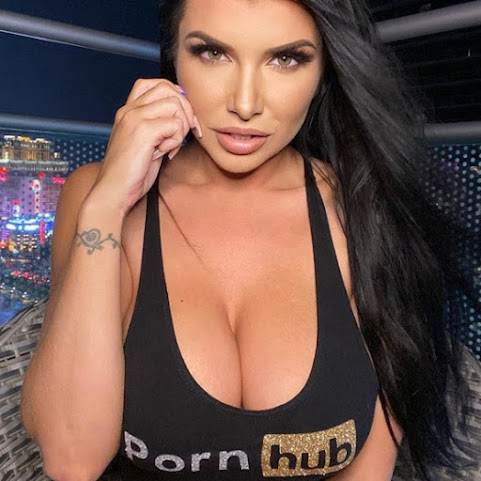 KANSAS CITY, MO (KCTV) - If you're heading to the grocery store tonight, be prepared to exercise patience. Some local grocery stores are behind fulfilling online orders, and lines inside the stores are long. Even small grocers like Happy Foods North on Leavenworth Road are busy.

WHO SAY THE PROCESS WAS OVERALL SMOOTH BUT THEIR PLANS THIS YEAR WERE MUCH DIFFERENT. ALL MY PLANS ARE SHATTERED BECAUSE OF COVID. I'M COMFORTABLE ENOUGH WITH FLYING BECAUSE I'VE DONE IT ENOUGH NOW. TO HELP CUSTOMERS FEEL AT EASE REPORTER: AND KEEP TRAVEL SAFE, KANSAS CITY INTERNATIONAL AIRPORT, HAS NEW PROTOCOLS.

'The opportunities are endless': Owner of Kansas City Star building has some ideas for future

KANSAS CITY, Mo. - Speculation has run rampant as to what the future might hold for The Kansas City Star's current downtown office and printing press since the newspaper last week shared its plans to relocate by the end of 2021. Since the daily newspaper's announcement Nov.

The pandemic has led to a surge in online shopping this holiday season. Small businesses that rely on foot traffic are going to great lengths to keep those customers this Christmas.Brookside Toy and Science has been greeting holiday shoppers for more than 50 years. But there's never been a season like this.

Turkeys, Corn and Cob, expected to be first in slew of final Trump pardons

People close to the White House believe President Trump may pardon humans in addition to turkeys this holiday season - with one advocate saying they expect Trump to close out his term with a bang as the "most merciful" president in history.

Biden says transition outreach from Trump administration has been 'sincere'

President-elect Joe Biden said Tuesday that communication from the Trump administration to help with his transition has been "sincere" since the General Services Administration ascertained his election win on Monday.


Military Build Up Ahead

The Navy and Marine Corps are only "marginally" capable of meeting America's national security needs, according to a new scorecard from The Heritage Foundation. The the conservative think tank's 2021 Index of U.S. Military Strength had more than 20 authors take a look at the global operating environment and the mission of each branch of the U.S.

Social network Parler has allegedly hidden posts on its website that are tagged as #WriteInTrumpForGA. The hashtag is encouraging disgruntled supporters of President Donald Trump to write the president in rather than any candidate for the upcoming Senate Runoff elections.

Police officers respond to people in crisis all day every day. Tuesday was a day of giving to people who need a helping hand.

Rain showers could linger into first part of Wednesday

Hide Transcript Show Transcript BUTLER AT 52. OTTAWA, 52. HERE'S YOUR EVENING FORECAST. STILL GOING TO GIVE THANK YOU YELLOW TRIANGLE, MEANING IMPACTING YOU IF YOU'RE GOING TO BE OUT THIS EVENING. 0 TO 15 MILES PER HOUR WINDS. SCATTERED SHOWERS AFTER 9:00 THROUGH A GOOD MORNING OF THE EARLY MORNING HOURS ON WITNESSES.

When Nicole Beals returned to Kansas City amid the COVID-19 pandemic, she found a startup ecosystem ripe with resources - and an environment welcoming to remote workers, as well as her tech company, which recently completed a $1.4 million pre-seed round.

A longstanding Kansas City burger chain has crafted a Chapter 11 bankruptcy plan to continue operations and pay off debts. Winstead's, founded in 1943, filed for bankruptcy in February and closed its Leawood location at 4971 W. 135th St. during the Covid-19 pandemic to improve profitability.

A couple married 50 years died together Monday when a tractor-trailer hit head on the SUV they were in on Interstate 55 in Jefferson County, the Missouri State Highway Patrol said. Authorities identified them as Leonard Wayne Byrd, 72, and Rebecca Joyce Byrd, 66, both of Ste. Genevieve, Missouri, the St.

KANSAS CITY, Mo. - The Overland Park Convention Center is slated to host the first-ever Open Season Sportsman's Expo in March. The series announced Tuesday that the convention will come to Overland Park from March 12-14. The announcement comes amid uncertainly surrounding any future local and state health department guidance surrounding the coronavirus pandemic.

Founded in 2016, Jenny Dawn Cellars brought the unique winery experience to Wichita, Kansas, as the city's first urban winery. Jennifer McDonald, the founder of the company, started as an at-home winemaker. She worked for six years to establish the brick-and-mortar location at the historical Union Station in downtown Wichita.

KANSAS CITY, Mo. - A local company is working to keep both you and your pets healthy. FitBark, a GPS and health tracker that secures to your dog's collar, is giving pet owners like Maranda Manning some peace of mind. Manning adopted her coonhound Wallace two years ago from an area shelter.

Even a $1 million home won't sit on the market long in Kansas City. An inventory shortage has pushed homes to turn over fast in the metro, including homes priced at $1 million or more.

KANSAS CITY, Mo. - In a video testimonial earlier this month to fellow church members at United Believers Community Church in Kansas City, Missouri, Angela Griswold announced "by the grace of God, I am a COVID-19 survivor." She never imagined she would be diagnosed with COVID-19.

This year has ushered in racial reckonings across American society. Governmental institutions, sports teams, private corporations and art museums are all being forced to account for long-standing societal disparities and a lack of diversity. And, several Kansas City institutions are working to meet that challenge head on.


Plaza Outing With A Bang

Country Club Plaza officials have said there's "little reason to gather" at the Plaza for the annual lighting ceremony because there would be "no live event to view." Documents, however, show otherwise. Fireworks display permits obtained by The Star through a Missouri Sunshine request show that Wald & Co.

China flu joe should be begging Trump for a pardon for him and his crime family, but Trump won’t, the entire biden crime family should be in the penitentiary right now for all their crimes and treasonous actions.


The new communist party aka democrats aren't going to give up Thanksgiving. So funny they vote for communism but when it comes to Thanksgiving they aren't going to give it up. Wonder what they will do when Kamala and Biden get in if they do. Do they understand they will be taken over by force? Does any communist aka democrat know what is going on besides the ones who left the party to join Trump. My God you people are so ignorant.

Sensing that something was bothering her, Romi confided that she needed to get something on her chest!!!

The Privitera family own the city council. They pushed for the airport and are now the main electrical contractor. They rode the minority, women owned pony till it keel over and continued to get city contracts even when they didn’t qualify.