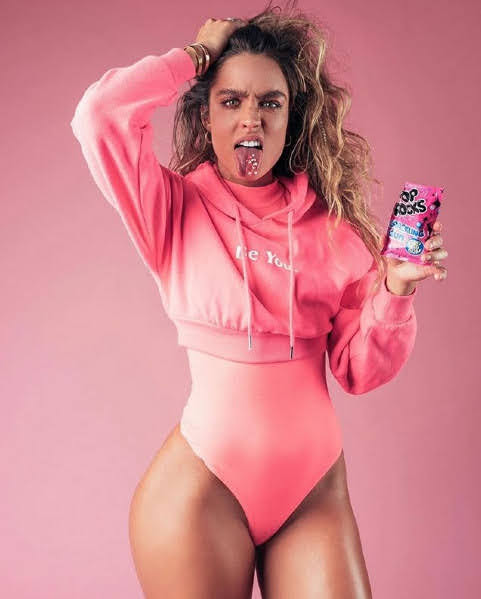 Right now hottie Sommer promo inspires us to do a bit of heavy lifting and check community news, pop culture and top headlines.

Ahead Of The KC News Game

Here are 10 local stories and trends you need to know this week Will every part of the Kansas City area be under new public health restrictions this week? Starting today, Johnson County implements a midnight curfew on bars, restaurants and nightclubs and a 50-person limit on indoor and outdoor gatherings.

KANSAS CITY, Mo. - As COVID-19 cases rapidly increase in the Kansas City metro, more schools are moving some of their students to online learning. On Monday, the Shawnee Mission, De Soto, Eudora and Tonganoxie school districts announced new shifts to virtual learning for some or all of their students.

Keep scrolling for more photos. Sommer, who made sure her pert booty got photographed, then took to her caption, one that definitely ensured followers consumed the entire post. "The last pic is when my dumb-ss realizes we have water running over electrical cords lol," she wrote.

It was a couple of hours before airtime when I saw the presidential tweet with the eye-popping verb. Joe Biden "won," Donald Trump said. To be sure, the president said that "he won because the Election was Rigged." And there was a swipe at the "fake and silent media."

General Motors and the UAW met with President-elect Joe Biden and Vice President-elect Kamala Harris on Monday to talk about the economy and the rise of COVID-19 cases sweeping the nation. The UAW told the incoming administration that there is a need for an immediate economic package to help people hard hit by the pandemic.

How The GOP Defied Expectations Down The Ballot

subscribe to The NPR Politics Podcast podcast Democrats held on to the House majority in 2020, but in the weeks since, it's Republicans who have been celebrating the election results. "Pundits doubted us. Polls were stacked against us, and I don't believe one person in this room believed we'd win one race," boasted House Minority Leader Kevin McCarthy, R-Calif., at his weekly news conference last week.

Taylor Swift has criticised music industry mogul Scooter Braun over his sale of her master recordings to a US private equity firm, including the accusation that he attempted to use a non-disclosure agreement to "silence me forever" regarding terms of a potential sale.


Local Help On The Way

LENEXA, KS (KCTV) - A team from a locally based charity will be heading out on Tuesday to help victims of Hurricane Eta in Central America. Eight people from Heart to Heart will be providing interim medical care. The storm left tens of thousands of people in Honduras living in shelters.

KANSAS CITY, Mo. - Small businesses across the Kansas City area have felt the economic strain of the pandemic, but one store in Brookside has rebounded and is ready for their busiest season of the year. A Kansas City institution for decades, Brookside Toy and Science is gearing up for the holidays.

Clear skies and calm winds to begin your Tuesday. Mostly sunny and highs near 58 today. Stay connected with us at KCTV5 NEWS.

deadmau5 & Kiesza - Bridged By A Lightwave is the song of the day and this is the OPEN THREAD for right now.

Trump has been double talking for his entire career. Why should now be any different? Only a fool would have ever believed him. What ever happened to that wall?

The ferocious lockdowns and mulling of mandatory mask-wearing are not scientifically justified, even though governors and others claim so. The will, however, deliver a death blow to restaurants, beauty parlors, and other small businesses, dashing lifetimes of work, and leaving ripe pickings in the aftermath for the big chains. Big companies skew left, while small business owners are a core GOP constituency. This is “structural reform” that liberal fascism thrives under.

^^Blame your president! he did nothing since January. H washed his hands of it and we all are paying the price. He failed America! Thank God for joe Biden!

Shut up its not Trump's fault Mexico failed to pay for the Wall even though he said they would so many times.

If you pussies would have left Trump alone Mexico would have paid big time for that wall.

Braun's a businessman. He knows a has-been when he sees one. Wonder how he feels about Trump.

HEY HEY DONNIE J.,
HOW MANY LAWSUITS THROWN OUT YESTERDAY?

8:38 none of Trumps were thrown out those were private citizens who had filed them. They have since turned their evidence over to the Trump legal team.

^^^You say the same thing in multiple posts. Of course, you offer no facts or analyses to back up that claim. You can't because it's a lie.

Prove me wrong. Identify acts by Trump that constitute treason, and set out your rationale.

Trump, the "media Mogul", will be lucky to have a single half-hour long Talk Show located on the far-Right side of the AM Radio dial a year from now.

As as far as being a "kingmaker", that will only be true if he gets a gig wearing a costume, mask and crown while capering around outside a Burger Joint.

Gotta have some way to earn cash after all those lawsuits clean him out.

The mass mailing out of ballots was a great way to cheat. The Democraps knew it. Trump knew it, but there's nothing he could do to stop it. There's a photo of the top Democraps in the dictionary next to the word "cheaters" forevermore.

^^and yet just because you say something doesn't make it true. Proof, you don't have it, he doesn't have it, and that's why Trump's currently being laughed out of every single court in the country. Ain't America great? Weird.

^^ 9:37 Hunter Biden is not on trumps legal team. so there will be no materbuating a 15 year old kid. But it is odd that you would defend hunter snorting smoking and abusing underage teen on the tax payers dime while flying home with dad on Air Force 2 after helping dad sell the office of VP to the Chinese and the Chinese military. I guess you and hunter have a different view of what vibration tech is that hunter gave to the CCP army. He is. stealthy fucker after all.

^^and yet none of that ever happened unlike Trump's team. Weird.

Man, the Biden laptop story disappeared like a fart into the breeze. Another hot minute of pending arrests and indictments all targeted at the Democratic cabal that never, ever, ever, ever materialize.

Hang in there Trumptards, someday your ship will come in.