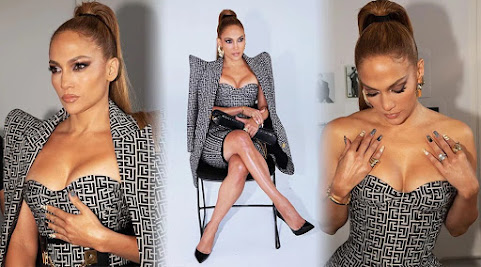 JACKSON COUNTY, MO. (KCTV) --- The Jackson County Health Department announced on Thursday that it will be temporarily closing its clinic through Nov. 27. The closing is due to the surge of COVID-19 cases in Jackson County. The closing does include scheduled drive-thru flu clinics.


Murder Aftermath In The Dotte

KANSAS CITY, Mo. - One of the victims in a double shooting early Sunday at Kaw Point Park in Kansas City, Kansas, has now died, police said. Juan Perez, 23, of KCK, died on Wednesday from injuries sustained in the weekend shooting, police said.

KANSAS CITY, Mo. - Unemployment numbers have declined nationwide, but families across the country are still struggling to get back on their feet. More people are turning to food banks and pantries for help, and the increased demand has not slowed down.

Jennifer Lopez's production company scored a big win this week after a lawsuit brought on by Samantha Barbash, who is the inspiration for Lopez's 2019 " Hustlers" character, was thrown out of court. On Tuesday, federal Judge Denise Cote in the U.S.

This presidential election turned on the turnout. It was the surge in voters of all kinds - Democrats and Republicans, city dwellers and rural residents, suburbanites and people of color - that lifted president-elect Joe Biden over President Donald Trump.

Progressive groups conducting a post-mortem on the 2020 race slammed House Speaker Nancy Pelosi this week, saying her "showing off" of her flashy freezer full of ice cream was an "unforced error" that eroded Democrats' majority in the House. "The economy was voters' top concern in this election," read the letter penned on Wednesday.

Fox Corp. tumbled as much as 6% on Thursday as President Donald Trump retweeted support for its rival right-leaning news networks Newsmax and OANN. Trump and his supporters have been irritated by Fox News ever since the network called the state of Arizona for President-elect Joe Biden on the night of the presidential election.

President Donald Trump on Thursday signed an executive order barring Americans from investing in a a collection of Chinese companies that the White House believes support Beijing's military. The order prohibits American companies and individuals from owning shares outright - or through investment funds - in companies the administration deems to help in the advancement of the People's Liberation Army.

President-elect Joe Biden spoke with Pope Francis on Thursday, thanking him for "extending blessings and congratulations" and praising the pope for his leadership in "promoting peace, reconciliation, and the common bonds of humanity around the world," according to the Biden transition team. The big picture: Biden will be the second-ever Catholic president, joined only by John F.

As COVID-19 cases spike across the region, staying home and socially distant outdoor events might be the smart play. That being said, there's no shortage of local online events to mark mid-November, most notably the livestream debut of THUNDERGONG! 2020. 10 a.m. - 6 p.m.

KANSAS CITY, Mo. - Boulevard Brewing Company is temporarily closing the doors to its Tours & Rec Center as coronavirus cases rapidly rise across the metro. The popular brewery said on social media Wednesday that it made the decision out of concern for its staff and customers and "in an effort to do our part [...]

Friday will start off cold, finish in upper 40s

Hide Transcript Show Transcript TEMPERATURE TO FALL OFF SO WE'LL BE IN AND OUT OF THE CLOUDS 51 IN THE NEXT HOUR OR SO. SO WE'RE GOING TO START TO DROP OFF PRETTY RAPIDLY 47 BY 643 BY EIGHT O'CLOCK AND 41.

As Midwest sees spike in COVID-19 cases, some metro restaurants worry of another shutdown

KANSAS CITY, Mo. - People who work in the restaurant industry are on edge as leaders try to get a handle on the coronavirus. David Lopez wants nothing more than to see customers in the empty booths at Manny's, the Crossroads restaurants that his family has owned and operated for the past 40 years.

KANSAS CITY, Mo. - When smaller hospitals get overwhelmed, there's a domino effect. One patient who couldn't get the life-saving care she needed in Trenton, Missouri, while hospitals in the Kansas City metro are very concerned about capacity. The metro is seeing the largest spike in new COVID-19 cases since the pandemic started.

KANSAS CITY, MO. (KCTV) - Several COVID-19 vaccines are entering a trial phase, but it could be several months before any immunizations are widely available in the US. Pfizer's announcement that its vaccine is 90 percent effective is a glimmer of hope for local doctors working on the front lines of the pandemic.

The uncertainty of the pandemic has offered opportunities for small businesses to adapt and expand into unexplored territory while also bringing the community together (socially distanced of course). Such is the case for Madison Stitch, a new company founded by John Pryor, owner of the Crossroads' Madison Flitch furniture studio.

KANSAS CITY, Mo. - The rate of positive coronavirus tests are higher in Missouri and Kansas than they have ever been, according to data provided by both states. In Missouri, positivity rates for the previous seven days of testing rose to 40.8% as of today, Nov. 12.

Dozens of local nursing home clusters reported on Kansas side

KANSAS CITY, KS (KCTV) ---Numerous coronavirus clusters were reported among nursing homes this week on the Kansas side. As the United States experiences its latest wave of COVID-19, nursing homes are again becoming a prominent location of where the virus is located. Dozens of long-term care facilities were reported on the state's cluster page this week.

COVID-19's impact on small businesses across the Kansas City metro has lasted for months. It's the most notable in minority and women-owned businesses in Wyandotte and Jackson County that are "non-essential."

'We expect to win': Royals GM Dayton Moore ready to build a talented team for next season

KANSAS CITY, Mo. - Royals general manager Dayton Moore is ready to win next season. "We expect to win next year," he said. "What does that look like? Is it going to be enough wins to make the playoffs? We'll find out." But he also knows they've got work to do.

KANSAS CITY, Mo. - From a streetcar wrapped in a design modeled from his Negro Leagues team to a conversation among sports legends, there will be several events Friday across Kansas City, Missouri, dedicated to celebrating Buck O'Neil's 109th birthday. O'Neil, who died in 2006, played for and managed the Kansas City Monarchs of the Negro Leagues.

I can see why the ONAN Network appeals to Trump supporters - it gets lonely in Mommy's basement.

Dumb ass trump just won't leave China alone, they have already kicked his butt and got him fired, now he's still messing with them. He's like a fly to them.

Last gasps of a dying presidency.

White folks are going to regret selling their souls to Trump.

Ryan Desks spoke of this several times over, but the morons of the 5th District chose to vote skin color instead of progress.


ANY White person who voted for Bidet is insane.

The Mayor has Destroyed the City. Sleepy JOE wants to Close America down Will Quint Listen. Many people will be Dining in the Suburbs. The 20 percent that have a Job. Sleepy JOE will bring on the Great Depression. Film at Eleven .