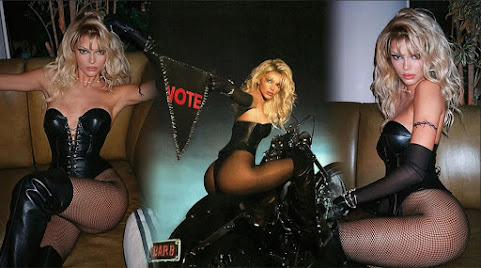 For our evening denizens of the discourse we share hottie Kendall Insta tribute to an underrated Pamela Anderson character as we check community news, pop culture and top headlines . . .

Cybersecurity experts are watching closely in the days and weeks after Election Day to stop the spread of disinformation about vote counting and the Electoral College process. Meanwhile, Wednesday, a top cybersecurity expert with the U.S.

FAIRWAY, KS (KCTV) -- Political experts believe the 2020 presidential election could have lasting effects on future runs at the White House. This year had the highest voter turnout since 1900, with record-breaking early voting numbers. The influx of voters may have thrown off predictions from national pollsters, causing incorrect guesses for how key states like Ohio, North Carolina and Florida would vote.

A Leawood man who has no medical degree but held himself out as a medical examiner allegedly duped at least 82 consumers , according to Kansas Attorney General Derek Schmidt.

Halloween may be over but it's not too late for Kendall Jenner inspire her fans to get their butts in gear and vote! The "Keeping Up With The Kardashians" star shared some snaps of her cheeky costume on Monday. Jenner dressed up as Barb Wire, originally played by Pamela Anderson , for the spooky holiday.

Only a handful of congressional Republicans have spoken out in defense of President Donald Trump's cries of election fraud and calls to stop the counting in his race for reelection, which has drawn the wrath of the President's sons, who tweeted their frustration and anger about that lack of vocal support from elected Republicans.

Can Trump run again in 2024 if he loses the 2020 presidential election?

Presidents are constitutionally barred from running for a third term under the 22nd Amendment, which states, "No person shall be elected to the office of the President more than twice." But nothing stops someone from seeking second terms at any point, even after a re-election loss, meaning the answer to the question "Can Trump run again in 2024?"


Georgia On Our Mind

Trump and Biden are within less than 1 percentage point in Georgia. Vox has live results.

The results in Georgia are extremely close - with more returns coming in on Thursday. As of 12 pm ET on Thursday, President Donald Trump has a 0.3 percentage point lead in the state, and is up by less than 15,000 votes. Trump won the state by about five points in 2016.

ABC, CBS, NBC all cut away from Trump's news conference on the election

The three broadcast networks cut away from President Trump's news conference on Thursday evening after he claimed that "fraud" had taken place in the presidential election. "NBC Nightly News" anchor Lester Holt cut into the news conference after roughly five minutes.

Even if he wins, Biden failed to make the sale

Democrats need to take a cold, hard look at the way they do business regardless of the outcome of the presidential race. Joe Biden Joe Biden Aides tried to get Trump to stop attacking McCain in hopes of clinching Arizona: report New Trump campaign lawsuit targets late-arriving Georgia mail ballots Rihanna calls on officials to 'count every vote' following Election Day: 'We'll wait' MORE may win the White House, but he didn't win much of a mandate.


Weekend At A Distance

Temps will be warm Friday, this weekend

NO REASON TO SEE CLOUDS AND RADAR BECAUSE IT LOOKS LIKE A BLANK MAP SHOWING YOU WE DO NOT HAVE ANY CLOUDS AT ALL, CURRENT TEMPERATURES ARE GOING TO FALL BACK TO 60 THREE TO GET -- 65 DEGREES AND BY 9:00 AT EIGHT DEGREES.

"ABC, CBS, NBC all cut away from Trump's news conference on the election"

And who can blame them? His performance was a rambling no-class lie-filled embarrassment to the country. His handlers should keep him sedated until all votes are counted and the results are announced.