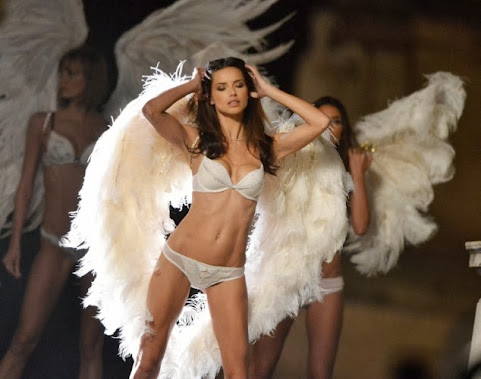 Right now we start our news journey with news of the angels in transition as we check pop culture, community news and top headlines.

Some voting on Saturday saw shorter lines in Johnson County

There were some shorter advanced voting lines Saturday in Johnson County, Kansas. Two weeks ago, lines to vote at the Johnson County Arts and Heritage Center wrapped around the building and out the door.

KANSAS CITY, Mo. - Hundreds of flu shots were given for free Saturday in Kansas City, Kansas, and Shawnee. Mercy and Truth Medical Missions hosted its free flu shot event, Boo to the Flu, at its KCK clinic and at Trailridge Middle School in Shawnee.

In 2016, a study from the International Journal of Fashion Design, Technology and Education showed that the average size of an American woman is between 16 and 18. Yet when you look at most sizing for clothes, anything above size 12 or 14 is considered "plus size," and all brands don't offer those bigger sizes.

The White House on Saturday unleashed on Dr. Anthony Fauci, the country's leading infectious disease expert, following his comments to the Washington Post that criticized the Trump administration's response to the pandemic, including Dr. Scott Atlas, who the President has relied on for advice on handling the coronavirus.

Joe Biden campaigners were forced to cancel an event in Texas on Friday as tensions flared in the key battleground state ahead of election day. Local Democrats said they were forced to pull the plug on a gathering scheduled to take place in Pflugerville - a small city about 17 miles north of Austin - due to "security reasons".

On Thursday, Campus Reform released part one of a four-part video series in which reporter Jezzamine Wolk speaks with minority youth about why they have chosen to vote for President Trump in the 2020 election. Jahmarri Green, a student at Friends University, told Wolk that in 2016, he was a "Bernie bro to the fullest."

Ivanka Trump, White House senior adviser and first daughter, has reportedly raised tens of millions of dollars for her father's reelection -- even breaking former President Obama's single-day fundraising record at a Texas stop in September. Last week - the final full week before the election - Trump, 39, raised $13 million at three California fundraisers and another in Detroit, The Hill reported.

'They give me the willies': scientist who vacuumed murder hornets braces for fight

The eradication of the first nest of Asian giant hornets on US soil somewhat resembled a science fiction depiction of an alien landing site. A crew of government specialists in white, astronaut-like protective suits descended upon the hornet nexus to vanquish it with a futuristic-looking vacuum cleaner, to the relief of onlookers.


Show-Me Bird Watching In Missouri For A Good Cause

The Missouri Department of Conservation invites people interested in birds to help them with their FeederWatch program. They will be hosting a Project FeederWatch kickoff from 9 a.m. to 10 a.m. on Saturday, November 14, at the Burr Oak Woods Nature Center in Blue Springs

KANSAS CITY, MO (KCTV) -- The Sporting KC game that was scheduled for tomorrow at Children's Mercy Park has been canceled after two Minnesota United players tested positive for COVID-19. According to Sporting KC, the regular season home finale will not be rescheduled due to "the limited number of match dates available prior to Decision Day presented by AT&T on Nov.

Sunny, blustery day for your Sunday

Hide Transcript Show Transcript AND THAT IS HOW WE WILL STAY FOR THE REST OF THE HALLOWEEN EVENING. TEMPERATURES WILL COOL OUT OF THE 50'S -- 60'S INTO THE 50'S. OUR SOUTHWEST WIND IS GOING TO FLIP AROUND TO A NORTHWEST WIND LATE THIS EVENING, THROUGH TONIGHT AND FOR OUR DAY TOMORROW.

George Michael - Faith is the song of the day and this is the OPEN THREAD for right now. Keep going for more local links . . .

KANSAS CITY, Mo. - One person is dead and two others are in critical condition following an early morning crash in Kansas City, Missouri, according to the Kansas City Police Department. According to officers, a vehicle carrying three people hit a light pole and caught fire around 2:50 a.m.

On this week's episode of the Northeast Newscast, we're diving into the underground world of urban exploring. Aliases, secret locations and illegal activity make this a risk-taker's hobby. Hear from "Irving Jackelman," a local explorer with plenty of tales about the ins and outs of some of Kansas City's most secret abandoned places.

The sales practices of national real estate firm Redfin exacerbate housing segregation in cities like Kansas City, according to a federal lawsuit filed this week. The lawsuit, led by the nonprofit National Fair Housing Alliance, accuses the company of disproportionately offering its real estate services in predominantly white neighborhoods, "perpetuating the stark patterns of housing segregation that continue to plague our nation."

KANSAS CITY, Mo. - One woman suffered life-threatening injuries in a single-vehicle crash Saturday in Kansas City, Missouri. Police responded shortly after 6 p.m. to the East 87th Street exit ramp off of northbound Interstate 435. A black Hyundai, heading north in I-435, was passing vehicles on the right in the exit lane at a "high rate of speed," according to a news release.

O'FALLON, Mo. (AP) - Missouri's health department reported nearly 3,000 new coronavirus cases on Saturday, along with a positivity rate that remains alarmingly high. The dashboard for the Missouri Department of Health and Senior Services showed 183,186 COVID-19 cases, a rise of 2,986 from Friday. The death toll for the pandemic has topped 3,000.

If COVID-19 vaccine arrives in Kansas, public confidence is key

If Kansas wants the coronavirus vaccine to help bring the economy back, it'll have to first convince Kansans like Rocky Restivo."The first version of anything is always flawed," said Restivo, who coaches Pittsburg State University's dance team.

Tyreek Hill can feel the maturation in his skill set

As easily as catches passes now, it's worth remembering that it was only four years ago that Kansas City Chiefs wide receiver Tyreek Hill was a rookie who had played running back in college - and was being schemed into big-play opportunities by Chiefs head coach Andy Reid.

Just like everyone, everywhere, the venues and arts organizations in our nation's capital are not immune to the effects of the pandemic. To reach beyond its darkened curtains, The John F. Kennedy Center for the Performing Arts opened up its Digital Stage to feature a legion of artists in the series "Arts Across America," sponsored by Facebook.

From a former donut shop in Raytown, Missouri, to Crown Center near downtown Kansas City to its third and current location on Bannister Road in the Oakwood neighborhood, fans have followed Big Momma's since it first opened in 2004.

Where to Find Fall Colors in KC

The arrival of fall foliage marks an especially picturesque period in Kansas City, when brilliant bursts of reds and yellows and oranges color tree-lined streets and public spaces. Track down some of KC's most vibrant fall colors of the season.

Shout out to those pizza robbing siblings of the house of David. Stay strong. If Harris/Biden wins, poverty will be declared an excuse for your wretched crimes and you'll be free to rob again as much as you want.


That white hearse and the other cars following Biden's bus was hysterical if you haven't seen the video it's a must see. This is what he gets for calling us ugly felks "whatever a felk is" Maybe the wizard Quinton Lucas will know what that is. But hey, remember Biden is running for senate against George.

^^^^And yet Biden still isn't Trump, which is the reason people vote for him. Weird.

Which explains why thousands show up at Biden rallies right?

Calling on Obama is a sign that he knows his ass is done.

The video of Harris retreating was priceless!

It was a hilarious stunt where Trump supporters flying American and Trump flags on their pickups escorted the Joe Biden campaign bus out of Texas.

See the video of Bidens bus. It's hilarious

Armed = anything that makes liberals piss themselves.

Sometimes all that takes is using a plastic straw.

I guess Ivanka showed "that Bitch that stole my Daddy from me"!