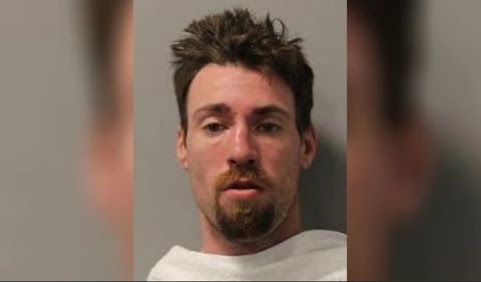 Recent election posturing offers a distraction for HISTORIC KANSAS CITY DEADLY CRIME that persists no matter which elderly white dude is in charge. And so, we offer this quick glimpse of recent crime news stories in order to share a perspective on local life.

KANSAS CITY, Mo. - A 28-year-old Kansas City, Missouri, man was charged with murder Friday in the deadly stabbing that occurred a day earlier in the 3700 block of Gardner Avenue in KCMO. Trever A. Young faces one count of second-degree murder and one count of armed criminal action.

SOURCE: KMBC A 27-year-old Kansas City, Kansas man is facing charges in a deadly shooting at a KC gas station parking lot. It happened early Friday morning at 12th and Wyoming streets in Kansas City's West Bottoms area off I-670.When KCPD got to the scene, officers found two victims. One of them was pronounced dead at the scene.

KANSAS CITY, Mo. - A Kanas City, Missouri man has been sentenced in federal court for his role in a conspiracy to commit a series of armed robberies at area businesses. According to U.S. attorney, Timothy Garrison, 49-year-old Aaron Fisher was sentenced by U.S. District Judge Roseann Ketchmark on Wednesday, Nov.


No Relief For Lender

The 2nd U.S. Circuit Court of Appeals affirmed the conviction of Richard Moseley Sr., who was found guilty of racketeering, fraud and identity theft in relation to a payday-lending scheme and sentenced to 10 years in prison.

INDEPENDENCE, MO (KCTV) - Independence police are asking for the public's assistance in identifying two burglary suspects. The suspects are said to have been involved in a burglary at a convenience store near Blue Ridge Cutoff and US 40 Highway. Police said the suspects pulled the glass door off of the business, made entry and stole numerous items inside.

When Carol Dille graduated from Westport High School in 1970, she would leave for college - and later, a successful career with AT&T - as an honor student, co-captain of the varsity cheerleaders, a student government officer and petite and popular homecoming queen attendant.

A federal grant is helping the Jackson County Prosecutor's Office in the fight against violent crime. Prosecutor Jean Peters Baker says an emphasis on data will help her office weed out criminals from the communities they impact.Out of more than 150 homicides this year in Kansas City, Missouri, almost 60 are still unsolved.

Yes, let's send the rat lady to prison while some others get off.

two ex's and successful at at&t - where is all the money? her s.s. retirement along with an ex's cut for her.