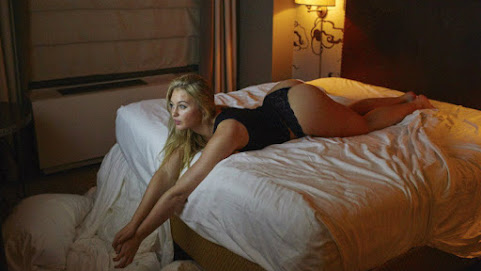 KANSAS CITY, MO (KCTV) -- Homeless shelters and resource centers face the greatest need they've seen in over a decade. Nearly 40 million American families are at risk of eviction. "We need to keep people from entering the system because we can not handle them," said Stephanie Boyer, CEO of ReStart.

Best of KC 2020: Pet World serves as a testament to the human spirit

There's no doubt that Christmas cards are a big part of the holiday season. If you're like me, then you may have a box full of Hallmark's keepsake cards in the back of your closet. You may not know, however, that cards have evolved over time-or that those changes are documented better in Kansas City than anywhere.


In Defense Of Thickness

She is a proud body confidence advocate. And Iskra Lawrence was again acting to empower on Wednesday as she took to Instagram to share a video in which she peeled on a pair of jeans.

Liz Cheney: Trump should respect 'the sanctity of our electoral process'

Minority Leader Kevin McCarthy and others in House leadership have largely backed Trump as he contests the election results and continues to baselessly claim he won the race. Sen.

A Pennsylvania judge threw out a lawsuit that sought to prevent the state from certifying the election results in favor of President-elect Joe Biden, who won the state by about 80,000 votes. U.S.


In Praise Of Prez Trump

Housing and Urban Development Secretary Ben Carson revealed that he has been "desperately ill" with COVID-19 - and thanked President Trump for authorizing a treatment that, Carson said, "saved my life." Carson, 69, tested positive for COVID-19 on Nov. 9 and was initially said to be "in good spirits."


MAGA Vs. Tucker Vs. CNN

Tucker Carlson backlash tells us something important about some Trump supporters

Carlson angered some of his audience Thursday when he called out Sidney Powell, President Trump's attorney who has peddled wild conspiracy theories about the 2020 election.

Le'Veon Bell says, so far, Q39 is his favorite BBQ spot in Kansas City.- Aaron Ladd (@aaronladd0) November 20, 2020 And the can of worms barbecue sauce has been opened...

KANSAS CITY, Mo. - Families in the Kansas City metro received some holiday cheer thanks to a local nonprofit. "Today is our second day of distribution," Ryan Hudnall, executive director at Della Lamb Community Services, said on Saturday at their drive-thru event. And volunteers were out in force to put smiles on faces amid the coronavirus pandemic.

It wasn't fun while it lasted.


If the hobos need a place to stay they are free to go to city union mission but some don't want they are mentally ill. So instead of the stupid tent city why doesn't Lucas grow a brain and lobby for mental institutions to be built.

And to 7:16 How do you know this are you a judge or do you have the authority to call the election? If Biden gets in you will be thinking twice about your ignorant statement. Biden will sell us out to Iran and China just like Obama did. Good luck with that. Oh and don't forget to accuse someone of a false sexual harassment claim just like Biden did to Clarence Thomas and Kamala did to Bret Kananaugh. You liberals are plain EVIL and STUPID.

Q39 is an excellent choice for bbq, I eat there and at Bryant’s when ever I can.

If you have half a brain, it's obvious who won.

What happened to three-quarters of your brain, 7:26?

Shoot the homeless! Nasty, bad parasites. BANG. Take their organs if the drugs have not ruined their livers and kidneys. But kill them all!

Biden's team cheated their ass*s off. They know it. A poll shows most Democraps believe it too. They can't win anything unless they lie and cheat. They've done it for four years to try to get Trump out of office. It's just a continuation of the despicable games they play. It's going to the Supreme Court.

When folks like Liz Cheney says it's time to go, better call the Uber to 1600 Pennsylvania Avenue.
Looks like Rudy's gravy train is about to screech to a halt.
All entertainment.
All the time.

China joe is going tp prison and take the rest of the biden crime family with him.

China Joe ? Really ? Are you like in the sixth grade ?

Trump's supporters have run out of time.

The Electoral College is, by law, required to vote this year for President and Vice President on Monday, December 14th, three weeks from tomorrow!
That has been the "deadline" the Supreme Court has historically used in determining when it must take action, in both the Hayes/Tilden and Bush/Gore disputed Elections.

Since the Court has held on numerous occasions that determination of a State's suite of Electors is a matter over which it has no jurisdiction, there would seem to be no legal basis for the Trump Campaign to bring a case directly to the Court, but could do so only after exhausting the Federal Appeal process.

There is simply not enough time left for Trump's Campaign to bring suit in enough States to change the Electoral outcome enough to reverse the decision, and any action by the Supreme Court after that date would be tantamount to the Court itself amending the Constitution, a step I doubt even THIS Court would be willing to take!

Nobody should fuck a girl that wears bigger underwear than you. If you do... don't tell your friends. Grandads rule # 3.

8:03 id hit it if I could and so would you. But, when she’s 40. Whoooo boy. Thar she blows. It reminds me of an insight I had at the UMKC gym. The girls look hottest in the time when they start to get fat, until they really do get fat. YMMV.

8:03 sound advice! I miss my grandpa for all the funny shit like this! Hahahahaha!

7:01 did you say that when al “I invented the internet” gore took 37 days to concede? Didn’t think so. Trump and his team have plenty of time, they have every right to do what they’re doing and if it takes till January so be it. It’s legal and his right to do so. Suck it it buttercup, it will be over.... eventually!

And yet Florida was a genuinely contested state in 2000, and no one knows who really won because the recount was stopped by the Florida Supreme Court, which would make your analogy, like you, irrelevant. Weird.

8:03, changed my mind. Saw her pics online. She didn’t cross the Rainbow Bridge, she collapsed it. That girl is so massive she’ll mess with your tide charts.

Good now Trump can go to the SCOTUS and get out of those jerk water state courts.

Face it, your God/Emperor got voted out!
And you can close your eyes and wish as hard as you want for something different, but all you'll have afterwards is a steaming turd in your pants and another one who got voted out by the American People!

Gee Tony, thanks for posting another picture of a scantily clad manatee.

@8:47 not so- Gore conceded when the US Supreme Court, rightly or wrongly, ordered the Florida vote recounts stopped and the resulting Electors named!

The 37 days you refer to was the time that the Florida Board of Election Commissioners took to perform three recounts. Remember that the State's Governor at that time was the Brother of G. W. Bush, and that the first vote count showed Al Gore winning the State, and that the Governor (Jeb Bush) ordered next three recounts, all of which continued to indicate that Gore won.

Jeb Bush then ordered a fourth recount, this time starting with Miami and the rural counties. As soon as that "recount" showed a Bush lead, the (Republican majority) US Supreme Court ordered that recounts cease, citing the need for a slate of Electors be in place to vote on time.

Thereafter, the Florida Legislature (small GOP majority in both Houses) approved a slate of Republican Electors, the Brother of one Candidate signed off on it, and Al Gore conceded rather than force a Constitutional Crisis.

Odd that in the only three "disputed" Elections, the Republicans Candidates are the ones who objected to the majority of the popular Votes going to the Democratic candidate, and that no Republican has been able to win a majority of the Popular Vote since G. H. W. Bush, 32 years ago, isn't it?

^^^^Good post, but you're using logic to argue an obvious point when 8:47 will only consider views that will confirm his.

^^ Thanks, @10:54, and I knew that, but I still have hope that there are some Republicans out there with some shreds of a sense of decency and honesty left.

Whenever Iskra wears her cowboy boots, I know she's looking for some action at the "O." K. Corral!!!

False. The massive fraud evident in the upcoming filing will necessitate a full investigation.

The Demoncraps took a crap on the Republican voters with their massive election fraud. There is no logic behind Joe's "incredible" comeback that night. It wasn't the real mail-in ballots that had him catch Trump. It was fake ballots on-hand created weeks and months ago and software manipulations, causing a shutdown of the counting. Way to go, slimeballs!

...that corn-tasseled stinkfingered monkeyfuck in the whitehouse said he was a 'stable genius'....
you know what's on the floor of a stable?....that's right!..the same 'stuff' that's between 'RumpMonkeys ears!..and lots of it....he's going to leave long grooves in the floor of the whitehouse as he's dragged 'feet first' out the front door...screamin' and snivelin'...so all his tRumpMonkeys can see first hand what a fuckin' sack'o shit he really is...along with that immigrant wife Malaria, and her worthless parents that she slid in under the
wire....
...bring on Qrap-A-Nonsence!...
....."WHERE ONE SHITS...WE ALL EAT!"......

^^^Somebody forgot to take his happy pill again this morning!