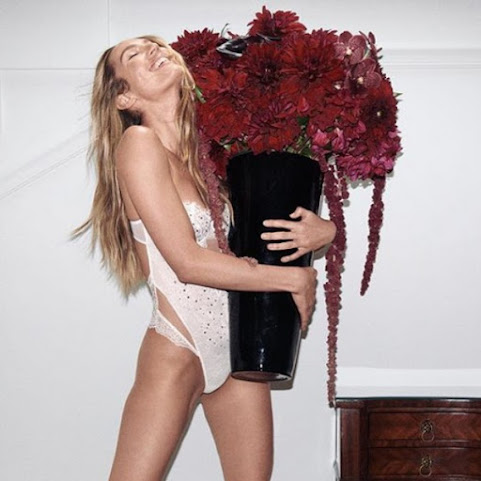 Right now the flowery goodness of angel Candice inspires us to take a peek at pop culture, community news and top headlines.

Exclusive: Robert Moore's Sonic Spectrum returns to the airwaves this January on The Bridge

Robert Moore's long-running Sonic Spectrum program has been off the air since Covid kicked in earlier this year, and officially ended its 2007-2020 run on 96.5 The Buzz when that station became Alt 96.5 in September. Moore's been posting some amazing themed playlists during the show's absence, but it's not the same as hearing his dulcet tones giving critical information...

This week on the Northeast Newscast Kansas City Mayor Quinton Lucas shares his thoughts on his first year in office, discusses the city's handling of the COVID-19 pandemic and his recent tours through Northeast neighborhoods Sheffield and Lykins.

Starting Monday, Nov. 16, Johnson County residents will be under new countywide pandemic restrictions that include an extension of mask requirements, physical distancing guidelines and earlier closing hours for bars and restaurants. The new order, approved Friday evening by the Board of County Commissioners, may eventually come with some enforcement teeth, as well.

Candice Swanepoel Shows Her Strength In Sheer Lingerie And Heels

Candice Swanepoel showed her strength and a lot of skin in a stunning photo shared to Instagram this weekend. The Victoria's Secret Angel of a decade appeared in a new shot for the lingerie brand posted on November 14 as she posed in a very skimpy one-piece.

Thousands President Donald Trump's supporters of all stripes, including right wing and far right groups, rallied in Washington, DC, on Saturday to protest the election results.

A federal judge in New York City on Saturday said Chad Wolf has not been acting lawfully as the chief of Homeland Security and that, as such, his suspension of protections for a class of migrants brought to the United States illegally as children is invalid. The U.S.

Maria Bartiromo, the Fox Business host, declared herself done with Twitter two days after the election. She tweeted a link to an article that falsely claimed Democrats were trying to steal the election. Twitter hid the post behind a label warning that it contained misleading content.

A 35-year-old man was arrested Saturday in the New York City attack on actor Rick Moranis of "Honey, I Shrunk the Kids" fame, authorities said. Suspect Marquis Ventura was spotted by transit officers in the subway system near 72nd Street and Broadway, a few blocks from where the Oct.

In The Pandemic, Artists Around Kansas City Are Finding Friendships Are As Nourishing As Solitude.

Jane Booth 's studio sits on a ridge with a commanding view of the natural prairie on a farm in Spring Hill, Kansas. Her wall-sized canvases are flooded with bold strokes of color and line. She spends a lot of time working by herself, and she likes it.

NINE-DAY FORECAST SO YOU WILL KNOW FIRST, THIS IS FIRST ALERT WEATHER. EMILY: I KNOW YOU HAVE SOME NEWS FOR US RIGHT NOW, SOME TORNADO WATCH IS GOING INTO EFFECT. NEVILLE: JUST CAME IN RIGHT NOW, WE HAVE A TORNADO WATCH AND THIS IS MAINLY FOR AREAS ON THE SOUTHERN EASTERN EDGE OF THE METRO AND TO THE EAST, THIS INCLUDES CASS COUNTY AND BELTON.