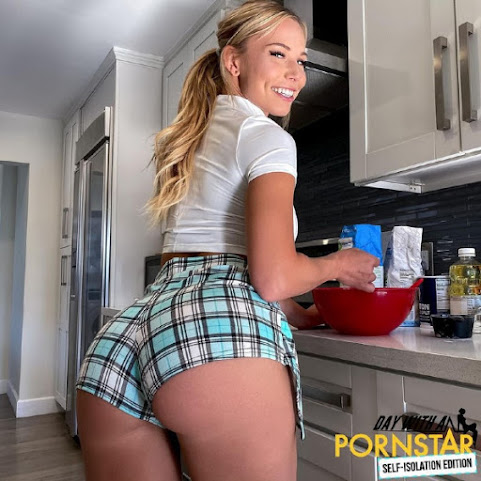 We start the weekend with a peek at pr0n life promo working its way into the mainstream which, in turn, inspires a somewhat more important glimpse at community news, pop culture and top headlines.

KCPD Honor Their Own

KANSAS CITY, Mo. - Commended for his exceptional valor in the face of grave danger, a Kansas City police officer nearly killed in the line of duty this summer was awarded the Metropolitan Chiefs and Sheriffs Association "Officer of the Year." Officer Tyler Moss was identified as that officer for the first time on Friday . . .

MADISON, Wis. - The male polar bear that recently left the Henry Vilas Zoo is officially making his public debut in Kansas City. Nuniq has spent the last 30 days in quarantine since leaving Madison. He received a clean bill of health from Kansas City Zoo officials on Wednesday and was introduced to the public on Thursday.

A group of adult film actors went au naturale in nature and may now be facing charges for going wild in a Mexican national park. Alex Marín, Mía Marín, Giselle Montes and Yamileth Ramírez filmed a four-way as their boat made its way down the Grijalva River at Sumidero Canyon in Chiapas, Mexico, last week, prompting the National Commission of Protected Natural Areas talks to seek charges against them, saying it harmed a national icon.


Government By Decree Stays Winning In 2020 And Beyond

subscribe to The NPR Politics Podcast podcast President-elect Joe Biden won the presidency in large part because he promised to be the anti-Trump on policy, temperament, tone and just about everything else. But two men who helped run the Obama White House are urging him to follow President Trump's example in a specific way: by unapologetically leaning on executive actions to implement key policies.

Prediction: Trump will resign, Pence will pardon him

Charles Koch regrets his partisanship: 'Boy, did we screw up!'

GOP mega-donor Charles Koch said he regrets his decades of partisanship and now wants to focus on bridging the political divide, The Wall Street Journal reported Friday. In an interview shortly before the election, the 85-year-old libertarian tycoon told the newspaper that after funding conservative causes, he is turning his attention to issues like poverty, addiction, gang violence, homelessness and recidivism.

Before the event, aides had urged Trump to not take questions so the headlines from the event would simply be about the success of a potential vaccine. For once, he listened.


Happiest Place In The World Lashes Out COVID Limits

Walt Disney Co. executives slammed California officials on Thursday for not allowing Disneyland to reopen, perhaps for months, as the company reported a nearly $600 million loss for its fourth quarter. In an investor presentation Thursday, Christine McCarthy, senior executive vice president and chief financial officer, said Disneyland would not reopen before year's end because of California's stringent coronavirus pandemic guidelines.

The Dish With Ann - Billie's Grocery

Billie's Grocery is, in Ernest Hemingway's inimitable words, the epitome of a 'clean, well-lighted place.' (Think Meryl Streep's soaring, white restaurant in the movie It's Complicated.) Located in a turn-of-the-century building that Kansas City architect Nelle Peters designed, it was many years in the making with the help of architectural historian Cydney Millstein and Owner Robin Krause.

Patrick Mahomes Could Be Out On a Limb This Holiday Season

How would you like Kansas City Chiefs quarterback Patrick Mahomes hanging around the house this holiday season? It's possible, sort of, for less than $25. Mahomes is the 26th member of Hallmark's long-running Keepsake Ornaments Football Legends series. A 5.25-inch styrene replica of the 6-foot, 3-inch Mahomes is back in the lineup of holiday sporting ornaments for the second consecutive year.

Windy with rounds of rain Saturday

Hide Transcript Show Transcript I LOOK AT OUR 12-HOUR FORECAST A FEW SHOWERS ISOLATED THUNDERSTORMS THIS MORNING MAINLY SOUTH AND EAST OF KANSAS CITY WIND WILL BE AN ISSUE THROUGHOUT THE AFTERNOON GUSTING TO 35 MILES AN HOUR. BUT BECAUSE IT'S A SOUTH WIND WE CLIMBED A 63 DEGREES THIS AFTERNOON IMPACT TRIANGLES FOR THIS EVENING.

Real Estate - Paper Cup is the song of the day and this is the OPEN THREAD for right now.


If Patrick Mahomes was hanging around my house at anytime I would have him put in jail. The butt ugly dumb son of a bitch.

But @8:13, what if Patrick didn't want to play Monopoly with you?
What if Mommy wanted to keep him upstairs?

Disney is all woke and Marxist until it hurts their Executives ' and stock options.

The Pelosi family made a fortune off of their grape / wine vinyards.

However, you the taxpayer funds the illegal immigrants health care costs. that Pelosi does not provide in the form of living wages and benefits.

Trump is so disgusting that he even turns Charlie Koch's stomach!

Bad news for the Tinfoil Hat Brigade, where they gonna go for their lamebrain Conspiracy "Information" now?

Welcome back to reality Charlie,

The elites get richer and richer and the peasants become poorer and poorer.

Enjoy those higher taxes, gallon of gas, and utility bills after Biden is in office.

Wall Street, the Banksters, Media and the Tech billionaires are laughing all the way to the bank on how they snookered working class Americans.

Your tax money will go for more TIF's and other handouts for the elite.

I want to throw a hard & dirty fuck on Katie so bad.