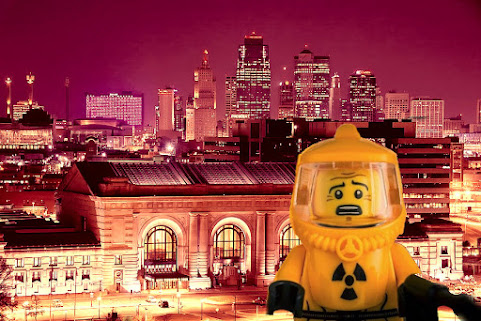 It would be nice if this was just hype from fringe new sites but the info comes from reputable, and well respected mainstream journalists . . .

- Dr. Michael Osterholm, a coronavirus advisor to President-elect Joe Biden, said a nationwide lockdown would help bring the virus under control in the U.S.

- He said the government could borrow enough money to pay for a package that would cover lost income for individuals and governments during a shutdown.

- “We could really watch ourselves cruising into the vaccine availability in the first and second quarter of next year while bringing back the economy long before that,” he said.

All of that seems dandy but doesn't account for a Winter of discontent suffered by more than 70 MILLION Prez Trump supporters and thousands small biz owners . . . Many of whom will be almost completely dependent on government handouts for survival.

And to bring the topic home, here's the local angle on upcoming shut downs . . .

A warning that bars are first on his hit list . . . 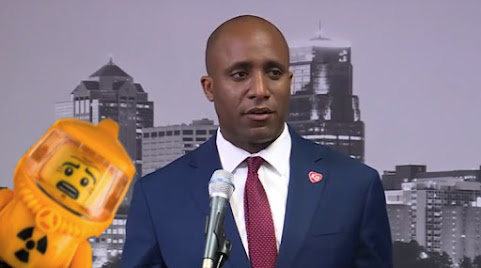 "We’ve seen more problems with bars. Bars that get crowded and not following the spacing rules where everybody is standing up and just interacting without masks, and so we would really continue to look I think more closely at the bar scene rather than your established restaurant scene right now," Lucas said.

To be fair, bars have been targeted in bigger and better cities . . .

Accordingly, another shut down of some sort shouldn't be a surprise . . . And this time around the stores should be well stocked. The only thing that will be in short supply is economic opportunity outside the scope of government approved initiatives. 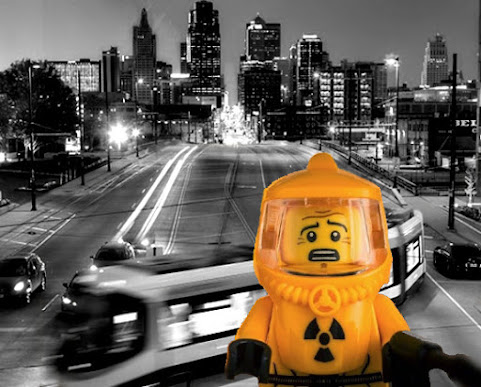 I voted for Kamala!

You can't blame it all on Sly James. Q just doesn't understand how business works because he's never had a job that wasn't political. He has been one of the worst things to even happen to small business in local history.

I guess those tent cities will come in handy after all.

Wow, somebody's listening to scientists for a change. How novel.

^^And yet it will still be here long after your rotting corpse turns to dust. Weird.

Courtesy of WELCOME TO TRUMP’S AMERICA

^^^ Trumps isn’t shutting down anything, it’s the dimwits that want to and are killing their own people and businesses, a lockdown by dimwits doesn’t save the economy, in who’s world does it? Nobodies. Prepare for your taxes to be raised to pay for all the damage done by dimwits to their own cities and states. Oh and expect the politicians to get their cut too, they always get their cut in deals like this.

Sweden is now shutting down places early in an attempt to control virus there.

8:51 don't you mean that COVID 19 and the total mismanagement of the pandemic in the trump administration killed the economy. Sometimes I wish that all the people who want to keep everything open and continue uncontrolled spread, will get infected themselves in order to shut them up,

The youngsters continue to drink and eat without masks near strangers in far too many places. Stop that and you slow the virus until a vaccine gets here. Not many are getting infected where social distancing and wearing masks are required. Retail places like Walmart and Target don't appear to be creating hotspots.

Neither are Biden parties LOL

The street parties for Joe Biden created another major uptick. Way to go, Democraps! Masks don't help much when you're picking your boogers and taking swigs from homie's cheap wine bottle.

Sleepy JOE will be back in his Basement in the middle of January.He has been TRUMPED. HOME LAND SECURITY HAD A STING opperation.During the Election. The evidence will be presented next week .Look it up.Recounts AND States Legeslators in Pennsylvania and Wisconsin Nevada and Michigan. That is Republican will declare TRUMP THE WINNER Enjoy the Show .

Doctors are beginning to report that the Biden celebrations did cause more cases. Idiots.

If Biden locks the country down for 4 - 6 weeks there will be anarchy.

Wear masks, wash hands, use sanitizer but don't lock the country down that will totally destroy the economy.

A vaccine is on the way, why a lock-down in Jan - Feb? Doesn't make sense.

Oh yeah, the runoff election in Georgia is in January. Let's lock down the country and do another mail - in ballot scheme to steal the Senate vote so the Communists control the U.S. Senate.

Anyway, without this "pandemic", Trump would have won in an epic landslide. He still scares the shit out of the blue state commies.

There's going to be nothing left except fast-food drive thru.s. walmarts and home depots.

A liberal paradise of diversity qoutas, mobs, looting and decorating the city with graffiti.

Why do the B.L.M.MURALS HAVE SKID MARKS ON THEM. IT WAS A DRAG RACE. GO GO GO LITTLE QUEENE.

Here in Portland Oregon Millions will be spent (And this is NO shit.) for strippers, hookers and sex workers who have "Fallen through the cracks" because of Covid.

Nobody gives two poops about your tweets. NO THANKS!

Remember Trump said he liked Easter and wanted all the lockdowns ended BEFORE Easter? What a horrible idea that would have been. All because he likes Easter?

Trump supporters now watching Newsmax TV. They love Trump more than their own families and the USA. (Fox News has dumped Trump and are now for Biden).

Trump is locked in a basement having a mental breakdown. He cannot deal with the slightest bit of a defeat. He would rather ruin the USA in vengence.

At least we can go back to normal when black lives don't matter again.

Did you think big pharma developed the vaccines for nothing...you will be forced to take to help boost their and bill gates profits.

Scientists lie for political reasons. Fauci did. The old bastard admitted it.

So will Covid, fool.

The dimwits. Are going to shut us down again. Anything to destroy our economy. Its ok for them to go out and celebrate, protest though. Im really starting to think this virus is last years flu. Nothing more or less. Its not that serious. There is a much bigger frightening agenda these dims. Have planned
That none of us know.

I will laugh when you get it.

I looked it up. You are lying.

The fucking bars and restaurants aren't the problem. I go to the same bar in Johnson County once or twice a week, usually spending a few hours to the entire day (for Chiefs games). And I know many others who do the same at different establishment. Zero problems. Fuck the left wing fucktards.

all that means is that you have been an asymptomatic covid carrier. Most younger probably have been.

those of high risk for severe reaction are good candidates for a vaccine, otherwise seems would be like a 20 year taking the shingles vaccine.

You know I don't live in that shitty town so order a shut down, destroy what's left as I sit here in Leawood laughing my ass off at you idiots who voted for Lucas.

Biden does not, and Trump did not, have constitutional authority to impose a national mask mandate. Governors do, mayors might, but presidents no. Biden will use his position as a bully pulpit, the media will echo whatever he says, but ultimately it will be a state by state decision.

The best way to be safe is to stay out of Kansas City. If you don’t live there, only drive through with the windows up and don’t stop for anything. If you still live there, MOVE!

^^nah, we're not scared Maude. KC is a terrific place, full of great people, and lots to do. Now this blog on the other hand, it's full of crybaby geriatrics, hateful, white geezers, lonely, shut-in, fucktards and the worst scumbags in the city. AVOID IT AT ALL COSTS!!!!