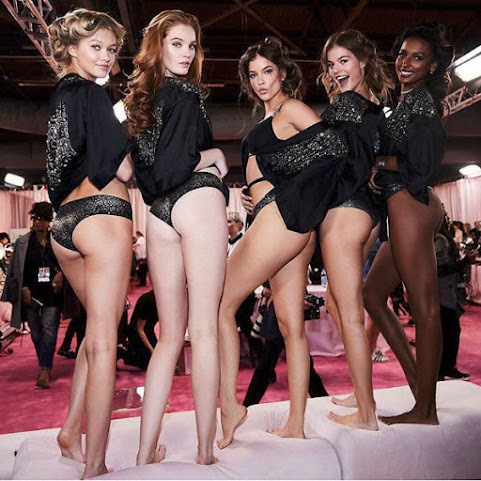 This isn't exactly an early morning news blast but it's better than we've been doing for the past few days and still more captivating than any other local source as we check community news, pop culture and top headlines.

COVID Winter On The Streets Is Kansas City’s Worst Fear

JACKSON COUNTY, MO (KCTV) -- A renovation plan for an old Kansas City apartment complex now has residents scrambling for a place to live next year. "I feel like I've been blindsided," says current tenant Emily Keizer. Keizer is one of many tenants at the Alps Apartments in Kansas City who will now be looking for a new place to live.

PRAIRIE VILLAGE, Kan. - Shut downs, isolation and virtual schooling have caused mental health issues to skyrocket during the pandemic. While most charity runs have gone virtual, the Talk 2 Me 5K in Prairie Village held an in-person event. The whole point of the Talk 2 Me campaign is for people suffering with mental illness [...]

KANSAS CITY, MO (KCTV) -- It has been about nine months since the Kansas City Chiefs won the Super Bowl. Many of us remember where we were, and how we celebrated. Some local couples celebrated in the bedroom. KCTV5'S Ellen McNamara found out if a Chiefs baby boom is really underway!

Victoria's Secret is shaking up its leadership team. Martin Waters, who has led the Columbus-based company's international growth and operations for the past 12 years, was named CEO of Victoria's Secret Lingerie, replacing John Mehas, who had been in that role since February 2019. Waters will report to interim Victoria's Secret CEO Stuart Burgdoerfer.

'This is Disgusting!' Maria Bartiromo Goes Off After Trump Claims Biden Could Not Have Received More Black Votes Than Obama

Fox News anchor Maria Bartiromo expressed outrage on Sunday as President Donald Trump leveled a series of baseless allegations of voter fraud in support of the outlandish conspiracy theory that the election was stolen from him. Bartiromo, whose network Fox News has called the race for Joe Biden, landed the first interview with Trump since he lost re-election.

"If the last two years of the Obama administration were any indication, they'll freeze them out," Durbin said. "Hope springs eternal but I believe in history." Biden, who chaired the Judiciary Committee from 1987 to 1995, will be confronting an institution that's only become more partisan since he left it, especially when it comes to the courts.

The Supreme Court on Monday will return and take up another of President Donald Trump's immigration-related policies as it considers the attempt to exclude undocumented immigrants from being counted in the Census totals when seats in Congress are divvied up between the states next year.

Merriam-Webster choses 'pandemic' as its Word of the Year

NEW YORK - If you were to choose a word that rose above most in 2020, which word would it be? Ding, ding, ding: Merriam-Webster on Monday announced " pandemic " as its 2020 word of the year. "That probably isn't a big shock," Peter Sokolowski, editor at large for Merriam-Webster, told The Associated Press.

Top Iranian nuclear scientist Mohsen Fakhrizadeh was laid to rest Monday after his assassination by what a security official in the Islamic Republic claims was a team of Israelis who used remote "electronic devices," according to reports.

ROELAND PARK, KS (KCTV) -- The group "Neighbors For a Better Roeland Park" have launched a new effort to support members of the community, struggling financially ahead of the holidays and due to the pandemic. The "Holiday Kindness Project" is a gift card donation drive.

On Sunday afternoon, the Kansas City Chiefs took on the Tampa Bay Buccaneers in a long- awaited battle of Super Bowl hopefuls, emerging with a 27-24 victory. For most of the first half, the game looked like a one-sided affair - but by the end of the game, it gave neutral fans the excitement they were craving.

Sunday brings much cooler temperatures and windy conditions as a cold front moves through the viewing area during the morning hours. Expect westerly winds to shift to out of the north as the front passes. Wind gusts could be up to 30 or 35 miles per hour during the afternoon hours.

Saweetie - Back to the Streets is the song of the day and this is the OPEN THREAD for right now.

Maria was a decent business reporter at one time. She lost all credibility on Sunday.

The lying socialist bitch still has not given up her senate seat.

Biden made the Supreme Court more partisan when he engineered the Anita Hill hearings. What goes around...

When the major buyer arrived at the lingerie show he was allowed to choose his own seat!!!

It's a bit hard to believe that an apartment owner is turning people out on the street during the worst financial emergency the country's faced in decades and the most serious health emergency that's been faced in over a century.
KCMO has a stay-at-home order and these tenants now will have no home to stay in.
And forcing people to have to investigate and explore alternative multi-family public places and put their health at risk would seem to be a big potential liability for the landlord.
Where's KCMO leadership when they're really needed?

^^^He's not turning them out onto the street.

KCMO does not have a stay at home order.

Acting in accordance with the terms of a contract does not create extra contractual liability.

KCMO leadership does not have power to rewrite a legal document.

They are giving them 60 day notice, if you can’t find a place to live in sixty days then you’re dumber than China flu joe biden!

Not a whole lot of daylight between Maria and Alex Jones these days.

Talk 2 Me 5K in Prairie Village was held at the country club where Stupid Dave scrubs the toilets at. He assured me there was no COVID-19 on the toilet seats there.

@10:12am
If any of the current tenants contracts and passes away from Covid during their generous 60-day window of trying to find another place to live, their family will likely end up owning the building.
Lawyers are already ling up.

11:03 since when did the trailer park have a country club let alone it being in PV? Another loser trying to attack a good person.

^^Stupid dave is not a good person. He's a racist and a moron. He deserves every beatdown het gets on here.