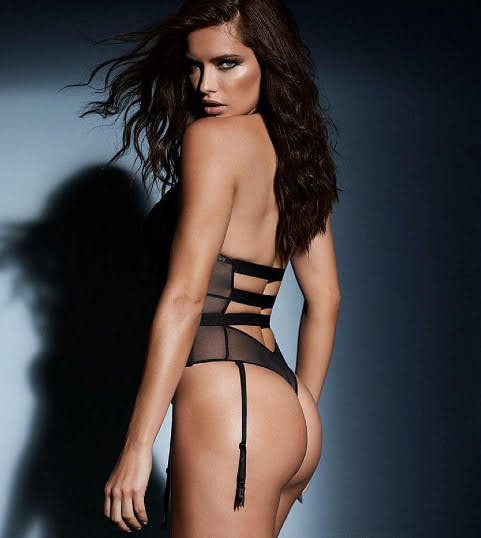 The weekend is over and this week we hope to show our gratitude by sharing our love for hottie Adriana's enduring body of work along with more pop culture, community news and top headlines.

Sharon and Kevin Nuer, 72 and 70, both have health issues that put them at risk for COVID-19. Kevin has had a series of organ transplants. Sharon has respiratory issues. They're playing it safe and waiting to gather with their large extended family until they have access to a vaccine.

PEEK AT THIS YEAR'S PLAZA LIGHTING CEREMONY. THANKS FOR JOINING US, ANOTHER KANSAS CITY, MISSOURI FIREFIGHTER HAS DIED FROM COVID-19, THE SECOND IN TWO DAYS. 45-YEAR-OLD SCOTT DAVIDSON SERVED KANSAS CITY FOR 18 YEARS AS A COMMUNICATIONS SPECIALIST AND PARAMEDIC, IT COMES JUST ONE DAY AFTER 60-YEAR-OLD CAPTAIN BOBBY ROCHA DIED.

Adriana Lima Talks About The Most Unforgettable Moment In Her Life

Lima has long been a proponent of health and strength over the unattainable beauty standards often pushed by the modeling industry. The stunning Victoria's Secret model Adriana Lima took to her Instagram stories yesterday to share some insight as to what she considers to be one of the most unforgettable moments in her life.

Chris Christie: Trump's Legal Team Has Been a 'National Embarrassment'

Longtime Trump supporter Chris Christie said it was finally time for President Donald Trump's attempt to overthrow the election results to end, calling out the president's legal team as a "national embarrassment" for making outlandish and baseless claim of widespread voter fraud without presenting any evidence.

The CDC Called on Americans to Avoid Thanksgiving Travel. Millions Are Ignoring That Advice.

The Centers for Disease Control and Prevention called on Americans to avoid traveling for Thanksgiving as the nation experiences as a surge in COVID-19 cases. Yet as the nation got close to reaching 200,000 new cases per day, it was clear that millions of Americans were ignoring that advice.

'Herd immunity" and a return to normalcy by May: That's an awesome projection from a professional source, Dr. Moncef Slaoui, a top Operation Warp Speed adviser. On the Sunday shows, Slaoui consistently said 70 percent of Americans should be vaccinated within six months.

A man seen forcefully exhaling on two women outside Donald Trump's Virginia golf course has been charged with assault. Raymond Deskins, 61, was charged with misdemeanor assault after a private citizen obtained a warrant through a county magistrate, the Loudoun county sheriff's office said on Sunday.

Rep. Alexandria Ocasio-Cortez praised Harry Styles for donning a dress on the cover of Vogue, calling it "wonderful."

KANSAS CITY, Mo. - After surviving COVID-19, Megan Blake found a way to support those on the frontlines in the form of "blessing baskets." "Full of goodies for first responders, teachers and nurses," Blake, founder of KC Blessing Basket, said. "It started out of my house."

Rain in forecast for Monday, Tuesday

Hide Transcript Show Transcript NEVILLE: WE HAD THE CLOUDY START TO OUR DAY AND SOME BEAUTIFUL WEATHER AND NOW THE SUN HAS SET AT 4:59 TODAY IN THE SUN WILL STEP BEFORE -- SET BEFORE 5:00 FOR THE REST OF THE YEAR.

Meek Mill - Pain Away feat. Lil Durk is the song of the day and this is the OPEN THREAD for right now.

Damn Tony, Lily yesterday and Adriana today? Good looking women twice?
What are the Basement Bois going to do for pictures of the grotesque flabby lard that they've come to rely on you for?
Keep this up and they'll have no sex lives at all.

So AOC is WAP for Hairy Styles wearing a dress on a magazine cover. Well F her and that soy boy.

Adriana reports that she likes her men and her stockings the same way:

"They need to fit tight and stay up all night!!!"

Everyone losing their minds at Harry Styles doing what Prince did decades ago, somehow society didn't crumble then and it wont now. As the orange man said to Greta, "Social conservatives need to work on the anger management and go to an old fashion movie with a friend. Chill Cowtown! Chill!"

If 90% of all new cases are asymptomatic and only symptomatic people can spread the disease, do you really have a pandemic?

Charlie Horse is angry that a guy who likes to dress effeminately is getting more hot ass than a toilet seat. Typical old man. "In my day, men were men and that's who the ladies liked"