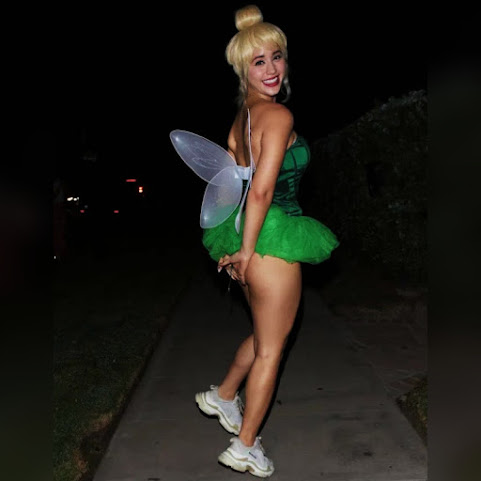 To start the workweek after the Halloween weekend we admire hottie Caylee doing the cutsey walk of shame away from Dan Bilzerian’s party . . . And if those words actually mean anything to you . . . You're on the Interents WAY TOO MUCH. Nevertheless, the topic provides a cheeky excuse for us to examine pop culture, community news and top headlines.

KANSAS CITY, Mo. - Kansas City, Missouri, police were involved in a standoff with an armed and barricaded subject Sunday night. Police responded around 3:30 p.m. to the 700 block of North Kansas Avenue for a welfare check on a woman who "was thought to be in danger."

KANSAS CITY, Mo. - Two people suffered life-threatening injuries in a crash that happened late Saturday night on the outskirts of Kansas City's Northeast neighborhood. Kansas City police say both drivers in this two-vehicle crash are under investigation for impairment, three children weren't wearing seat belts in one of the vehicles.

JACKSON COUNTY, MO (KCTV) -- The number of early votes cast across the country is record-breaking. More than 93 million people have already cast their ballot, almost twice as many early votes from the 2016 election. That is of course largely in part due to the pandemic, but many jurisdictions also have more registered voters than ever before.

And then, in October of that year, a little app called Instagram launched, changing social media and celebrity culture as we knew it. Suddenly, everyone was posting casual photos of everything from their vacations to their meals, writing captions about relationship updates and friendship shout-outs, and connecting with each other via a like, comment, or follow.

President Donald Trump suggested to a Florida crowd he may fire Dr. Anthony Fauci, the nation's leading expert on infectious diseases, after the election.

House GOP Conference Chairwoman Liz Cheney, R-Wyo., suggested on Sunday that vice presidential candidate Kamala Harris, D-Calif., was advancing communist ideas with a video about equity and equality. Narrated by Harris, the video argued in favor of equity, or ensuring people reach the same results, over equality of opportunity.

I'm Here To Remind You That Trump Can Still Win

It's tempting to write this story in the form of narrative fiction: "On a frigid early December morning in Washington, the Supreme Court ruled 5-4 that disputed mail ballots in Pennsylvania-" You know, that kind of thing. But given the stakes in this election, I think it's important to be prosaic and sober-minded instead.

2020 Election Day: Over half of Americans believe Nov. 3 will be most stressful day of their lives! - Study Finds

NEW YORK - As if the coronavirus pandemic wasn't giving Americans enough anxiety already, you may have heard there's a presidential election this November. With political divisions reaching historical highs, a survey finds a majority of the country believe their most stressful day of 2020 hasn't even arrived yet.

Geo's Cheese is a Destination for Cheese-Lovers in Kansas City

Opening just after the Kansas City shelter-in-place order went into effect this past April, Geo's Cheese still managed to make itself at home in the Waldo neighborhood. Owner Spencer Woodard says that neighbors have been extremely supportive, and the shop has already proven to be an edible oasis for cheese enthusiasts across the city.

KANSAS CITY, Mo. - Changes due to COVID-19 are making it an unusual sight at Arrowhead on game day. Pre-pandemic, the parking lot would be packed with Kansas City Chiefs fans on a Sunday morning. But this Sunday, it looked almost empty 30 minutes after the gates opened for the Chiefs-Jets game.

Breezy and cooler today with temperatures struggling to warm near 50 degrees this afternoon. North to northwest wind will increase between 15 and 20 mph with gusts as high as 25 mph at times. Copyright 2018 KCTV (Meredith Corp.) All rights reserved.

Lana Del Rey - Let Me Love You Like A Woman is the song of the day and this is the OPEN THREAD for right now.

Wouldn't it be a riot if Trump lost the popular vote but won the electoral college again? Dem's heads would explode. Hahaha.

Nor exactly a riot, mostly and "expected", but also the end of Democracy.

Socialism is the end of Democracy.

Why do you hate democracy?

Biden’s malfunctionin’ noggin
Is covered with terrifyin’ hair-pluggin’
As his mind is glidin’
Into the dark horizon
And he’s in deep with his lyin’
And shouldn’t be presidin’.

Why do you not understand our constitution's protections against mob rule, 7:17?

Don't hate Democracy at all, I remember it as being great - wish we had some in this Country again, like we did back before January 2017.

Most dim and libs are either too ignorant to understand the fact that we are a republic, not a pure democracy. Our founders were brilliant, and realized a so called "pure democracy" is essentially MOB RULE.

The Electoral college gives the different geographical areas the opportunity to defend their unique economic and cultural identities.

If one wants to be controlled by high density areas like CA and NY, with no regard to how folks in flyover country (here) feel, indeed dump the electoral college. You would soon regret it (I Think). Maybe not. Lots of Darwin fails around.

False. We have had it the entire time. You're just butthurt, it has nothing to do with democracy.

Agree with @8:01, we are a Republic!
So, how much "Freedom" can you afford to buy from our Politicians?

Really - Nov 3rd the most stressful day of your lives? Have you never sat alone for hours or days next to the bed of a dying relative, or found out your loved one was cheating on you, or been held up at gun point where the robber said he was going to kill you, or had a horrible boss that physically hit you often, or had a mother so crazy that scissors and knives were not allowed in your house and you wet your pants walking home from grade school each day cause you were so scared wondering how she would abuse you when you got home?

Nov 3rd is a fun day! Enjoy it! People are such wimps.

Charly is right. It would be a riot. A great big riot all over the country. I would still rather have that than have this country’s government fall to the communists. We can recover from riots. Communism here would mean a thousand years of darkness for the world.

@9:05 Communism didn't even last a hundred years in Russia or China!
And the USA is a longway from "communism", it's just jeading toward a mild form of Socialism, like the rest of the Civilized World achieved fifty years ago.

That "Thousand years of darkness" simply means that the US Government will direct its attention a bit more toward benefitting the US Citizenry and away from the Wealthy and their Evangelistic lackeys and political hirelings.

You are wrong.
You will be one of the first to go to the Gulag or the oven.

It didn’t last a hundred years in Russia because if faced determined opposition from other nations. It still survives in China, NK, Cuba, Venezuela and other countries. America is the last bulwark against that evil philosophy and if the American government falls to it then nothing will stop it from seizing the entire world and creating the future of boots stomping on the human face forever. Even the Supreme Court will fall if the Dims pack it with Marxists. There will be no place to go. No place to hide. Global tyranny until humankind manages to pull itself together and throw off the yoke of tyranny many years in the future when it rediscovers liberty. That is the dark future that a vote for Biden will bring

Best buy a one-way ticket to TinFoilHatistan then @11:29, cause Ol' Bonespurs's flabby fat ass is toast!

Voters have wisdom and have the information to choose a President. Sleepy JOE in the worst Presidential candidate in History. Second to GEORGE W.BUSH.SLEEPY JOE IS CORRUPT AND HAS LITTLE MEMORY. ,BUT George Bush won. Voters will not make that mistake again. WON'T GET FOOLED AGAIN .

Bandit/Chuck/Retro @12:34 - Bush did not win, he was appointed by the Supreme Court.

And the Court is being set up to "make that mistake again".

@1:17we all wish Liz would sound more like Harpo Marx.

She doesn't though. Were you making a joke? Act needs work.

Another Republican attempt to steal another election bites the dust.

You mean an attempt to validate drive through ballots responsibly. Lol

Won't need to steal it. Landslide for Trump incoming.

"It still survives in China, NK, Cuba, Venezuela and other countries." As well as in the grievance studies departments of every American university.