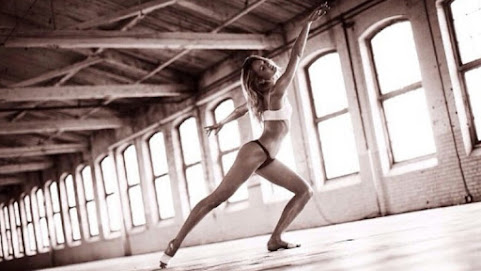 We notice hottie Candice hyping her dance skills as of late in support of merch and this inspires our artisitc rendering of community news, pop culture and top headlines.

KANSAS CITY, Mo. - Voters in Kansas City, Missouri, rushed to the polls on Monday to cast their ballots ahead of Election Day. At Union Station, voters were waiting upwards of two hours to cast their absentee ballots before the polls closed at 5 p.m. Monday.

Hide Transcript Show Transcript REPORTER: WE'RE BACK LIVE ON NEWS CHOPPER 9. LOOK AT THE EMERGENCY EQUIPMENT MERE. BOY, SEVEN PIECES OF EMERGENCY EQUIPMENT HERE TO THE FAIRWAY ANIMAL HOSPITAL. A REPORT OF A VEHICLE INTO THE BUILDING. THAT IS EXACTLY WHAT WE HAVE HERE. NOW, WE DON'T KNOW THE EXACT CIRCUMSTANCES.

KANSAS CITY, Mo. - A worker lost his right arm during a "trench cave-in" Monday at a Lenexa construction site, according to the Lenexa Fire Department. Multiple agencies responded around 12:20 p.m. to a "confined space rescue" at Prairie Star Parkway and Britton Street. While en route, the incident was upgraded to a cave-in rescue.

Before becoming an internationally renowned supermodel, she got her start as a ballet dancer. And Candice Swanepoel showcased her origins in a stunning new spread of pictures for her movement wear line Tropic of C on Thursday and Friday, to herald a collection of 'dance inspired separates'.

Democratic presidential nominee Joe Biden holds narrow leads over President Donald Trump in six states the president aims to defend Tuesday in his bid for a second term, according to a new CNBC/Change Research poll.

Joe Biden's Twitter account got a sizable boost beginning in August from tens of thousands of fake followers purchased on the open market from troll farms in rural India, an investigation has found. Within two weeks of Biden selecting Kamala Harris as his running mate on August 12, his Twitter following jumped by 738,595 new followers-a 9.1 percent leap.

Here's what Facebook will show if a candidate declares premature victory

Facebook is gearing up for what could be a wild election night, and this includes providing users with accurate information should any candidate attempt to prematurely declare victory using the social network. The company in September announced that one step it would to protect the integrity of the U.S.

So Far, Trump's "Army" of Poll Watchers Looks More Like a Small Platoon

Donald Trump Jr. looked straight into a camera at the end of September as triumphant music rose in a crescendo. "The radical left are laying the groundwork to steal this election from my father," he said. "We cannot let that happen. We need every able-bodied man and woman to join the army for Trump's election security operation."

First lady Melania Trump gave her fourth solo campaign speech on Monday afternoon in Huntersville, North Carolina. Trump, who before last Tuesday had not appeared on the campaign trail for more than a year, slammed Democrats in remarks that touched on Covid-19, the military, and echoes of President Donald Trump's law and order messaging.

KANSAS CITY, Mo. - A trailer in Kansas City, Kansas, caught fire Monday morning, just a short distance from where a business caught fire Friday. The trailer fire happened around 6:30 a.m. on Kansas Avenue. KCKFD said there were no occupants at the time of the fire.


Give Bikers A Brake

KANSAS CITY, Mo. - A motorcyclist is in critical condition after his bike slammed into a trash truck Monday evening in the West Bottoms. According to Kansas City police, officers responded to the crash just after 5 p.m. near 12th and Genessee Streets. A motorcycle and a trash truck collided head on, causing the motorcyclist [...]

Election Day will be sunny with highs in mid-70s

Hide Transcript Show Transcript CITY. CLOSE TO A RECORD IN A COUPLE OF DAYS. NOW 62 DEGREES AS WE HAVE EARLIER SUNSET. KEEP THAT MIND. THAT IS WHY TEMPERATURE DROPS RAP PUDLY. THAT IS LOW HUMIDITY AT 50 DEGREES BY 9:00 LATER ON TONIGHT.

Malania Trump needs to sit her communist, no English speaking ass down. Thats what's wrong with this country you got Russian spy living in the white house.