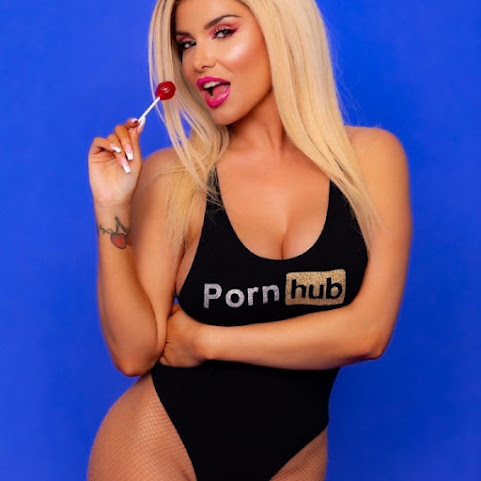 KANSAS CITY, Mo. - Eight months after nurses from the Kansas City area traveled to New Orleans to assist during the early throes of the COVID-19 crisis, their colleagues now are returning the favor. Nurses from Tulane Medical Center were expected to arrive in Kansas City on Friday afternoon to work with fellow nurses at Research Medical Center, according to a release from HCA Midwest Health.

BLUE SPRINGS, Mo. - It was 1 a.m., on October 30 when a sharp pain in Sarah Dimaso's stomach sent her to the emergency room. "They ran a bunch of tests and said I had a blood clot on my spleen," Dimaso said. Dimaso was admitted to St.


Actually, It Was Pretty Nice Day

Friday the 13th: How it came to be and why it's considered unlucky

At least once a year, the calendar dates align to give us a Friday the 13th. Airline ticket prices tend to dip (when we're not in a pandemic), your superstitious boss avoids important meetings and the whole day, there's a small part of you that's just waiting for something weird to happen.Why are we like this?

Romi Rain (not her real name) is a 32-year-old adult film star who lives and works in Southern California. She started doing nude modeling at the age of 19 before becoming an exotic dancer at a strip club.

WASHINGTON - More than 100 U.S. Secret Service officers are either infected with the COVID-19 virus or been told to quarantine because of close contact with someone who has, a person familiar with the matter said Friday.

Kelly, a retired four-star Marine Corps general, served as Trump's chief of staff from July 2017 to early Jan. 2019. Trump lost patience with his strict management style and Kelly grew exasperated trying to put guardrails around the president. Kelly said that starting transition intelligence briefings early is key because it's a gradual process.

In a Rose Garden address Friday, President Trump announced that a coronavirus vaccine will be readily available to the public as soon as April, but then took aim at Democratic New York Gov. Andrew Cuomo after he condemned the Trump administration's vaccine roleout plan as "flawed" and suggested he would try to stop it earlier this week.

Sen. Elizabeth Warren Samuel Alito Samuel Alito Will the Supreme Court take ObamaCare off life-support? Trump's lawsuits are good for American democracy ObamaCare and the saddest kind of dissent MORE over a speech he gave Thursday at the Federalist Society's annual meeting, which Warren called a "nakedly partisan" address.

The office of House Speaker Nancy Pelosi, D-Calif., is responding to backlash over a planned dinner she is hosting with new Democratic members of Congress as coronavirus cases continue to spike throughout the country. NBC News correspondent Leigh Ann Caldwell reported on Friday that Democratic and Republican leaders in the House are holding dinners for new members.

KCPD officer who was shot, critically hurt awarded metro 'Officer of the Year'

A Kansas City Police Department officer nearly killed in the line of duty this summer has been named Metropolitan Chiefs and Sheriffs Association "Officer of the Year."The award was handed out Friday morning, and for the first time the officer that was injured in the July 2 shooting near 31st Street and Van Brunt Boulevard was identified as Tyler Moss.

Kansas City Chiefs TE Travis Kelce is certainly known for his post-touchdown celebrations. Kelce was recently fined by the NFL for a throwback celebration during the Chiefs' Week 8 win over the New York Jets, but he might get some help paying the fine.

Hide Transcript Show Transcript A FRIDAY WE HAVE SOME CHANGES COMING IN FOR SATURDAY AND SUNDAY. THERE ARE GOING TO BE GRADUAL CHANGES FOR THE EVENING HOURS, THIN LINE OF CLOUDINESS IS MOVING THROUGH.

KANSAS CITY, MO. (KCTV) --- The FBI is continuing to seek information regarding the death of Alonzo Brooks. Alonzo Brooks was found dead in 2004 in La Cygne, Kan. It's considered a "potential racially-motivated crime," per investigators. The FBI says since the investigation was initiated into the cold case in 2019, new information has come to light.

KANSAS CITY, Mo. - The Blue Springs School District says it will transition middle and high schoolers to remote learning after the Thanksgiving break. All students in grades 6-12 will learn at home between Nov. 30 and Dec. 18, district administration said in a note to families Friday afternoon.

by: Nexstar Media Wire Posted: / Updated: DALLAS (NEXSTAR) - With COVID-19 cases and hospitalizations in the nation spiking to record levels, we're starting to see states bring back restrictions, urge people to work from home and ask schools to go back to remote learning. The U.S.

Anatomy of a blowout: Four takeaways from Missouri's 2020 election results

The Missouri GOP won big again last week, and at this point, that shouldn't be a surprise. Sweeping five statewide offices is a big deal, but they did it in 2016, too. Keeping supermajorities in the legislature is practically routine - those have been around since 2013.

TOPEKA, Kan. - Some churches in Kansas have suspended indoor, in-person worship services and the capital city's zoo even has tightened its rules as the state set another record for new coronavirus cases. The bishops of the two Episcopal Church dioceses that cover Kansas this week directed their congregations to suspend services and meetings.

KANSAS CITY, MO. (KCTV) --- The Kansas City Public Library announced Friday that it is closing its Ruiz and Sugar Creek locations, consolidating staff and services at larger locations due to the most recent coronavirus wave. The changes at the two locations take effect on Monday, Nov. 16.

Just how stupid are the dimwits? They’ve been doing crap like this for decades and nobodies called them on it till now, and they’re so stupid they are shocked when somebody stands up and says something. Denial has always been there game and now they can’t fart without being busted. The little kid with their hands in the cookie jar saying they didn’t do it but now there’s people who aren’t putting up with this shit anymore.

You can thank President Trump for waking people up. You’re welcome!

Everybody has a camera and video cam with them nowadays. This isn't the early 80s and back where they can whitewash this crap. Just look at what happened with Nasty Pelousy and her newbie dinner today. People talk around the news. People in their own party are gunning for them. I be tthey wish Al Gore hadn't :taken the initiative to invent the internet." 🙄

Actually the correct vantage is that the socialists kicked American’s butt. Those old dudes are just the props. “Historical” change is coming...like it or not.