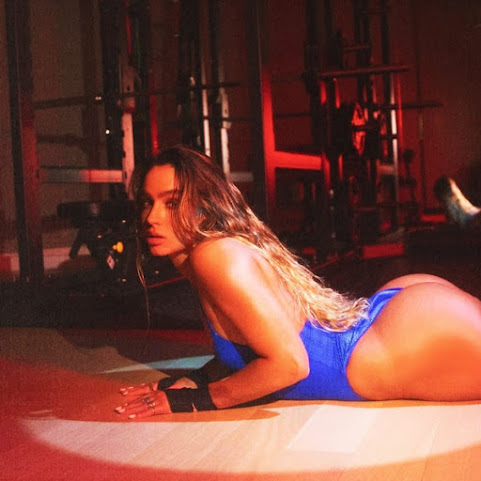 Right now hottie Sommer and her newsworthy body of work starts our peek at pop culture, top headlines and community news for the early morning.

KANSAS CITY, Mo. - A day of volunteering at the Veteran's Community Project turned into one Rasheed Hobbs and Marquise Paige will never forget. "We seen smoke coming from one of the buildings across the street," Hobbs said. "We didn't see anyone coming out, so we decided to go in there and knock on some [...]

Diversity pushed to the forefront in Kansas, Missouri after 2020 election results 'break barriers'

KANSAS CITY, Mo. - While the presidential race has yet to be decided what can be declared as a win from Election Night on Tuesday is diversity. "These representatives who are breaking these barriers, it's coming down to kitchen table topics, education, healthcare, how they're going to put food on the table," said Leon Harden, who serves as the Public Policy Chair for the Mid America LGBTQ Chamber of Commerce.

LEE'S SUMMIT, Mo. - A 1-year-old baby was inside a car stolen Thursday night in Lee's Summit. The car was stolen while the child's father was inside a 7Eleven, sparking a short AMBER Alert. A panicked evening for the family involved, but thankfully, the car and the baby were found with the child safely inside.

With Biden on the brink, Democrats rage at Trump voters for turning out

When Barack Obama tapped him for the ticket in 2008, Joe Biden told him: "I'm 65 and you're not going to have to worry about my positioning myself to be president." After all, as author Evan Osnos reported, if Obama served two terms and Biden succeeded him, he would be the oldest new president in history.

'It was a failure': Furious House Democrats unload as leadership promises answers after election losses

WASHINGTON - House Democratic leadership tried to tamp down fuming lawmakers on a private call Thursday that included finger-pointing, befuddlement and a few tears as Democrats acknowledged being blindsided after losing a number of key races in an election some were projecting as another blue wave.

"As vote counting continues, we are seeing more reports of inaccurate claims about the election," Facebook said in a statement. "While many of these claims have low engagement on our platform, we are taking additional temporary steps, which we've previously discussed, to keep this content from reaching more people."

Since the coronavirus pandemic forced Stephen Colbert out of his Late Show theater nearly eight months ago, he has delivered his nightly monologues sitting down. Without a studio audience, it just seemed phony to stand up and perform his jokes to no one. On Thursday night's show, he was standing for a different reason.

Kansas City Chiefs tight end Travis Kelce will be a guest star in "Moonbase 8," which will premiere on the Showtime cable network this Sunday. The series joins other recent cable comedies like "Space Force" and "Avenue 5," finding laughs by imagining a world in which space travel is an everyday occurrence - and in which garden-variety incompetents are part of the journey.

You may have heard that today is Election Day across the U.S., and whether you head to the polls during the day or after work, there is a good chance that with all of the buzz, you won't feel like pausing the day to make dinner as the results roll in.

Skies will stay clear this evening while the wind remains so light you may not feel a breeze at all. Temperatures will fall into the middle 50s by Midnight then slowly slip into the upper 40s by sunrise Friday morning.

24kGoldn - Mood is the song of the day and this is the OPEN THREAD for right now.

But dat ass though.

Stupid amber alert cause an idiot left his kid in the car.

^^How come you don't have anything better to do CHUD? Oh that's right, everybody hates you! No wonder you're on here all day with the rest of the geriatric fucktards. Loser!

I will make a deal CHUD boy,how about you and I meet up someday and see if you can handle my geriatric self and if you can I will wander off into my world of nothingness and self hate,I will wait for your words of wisdom and cowardice.