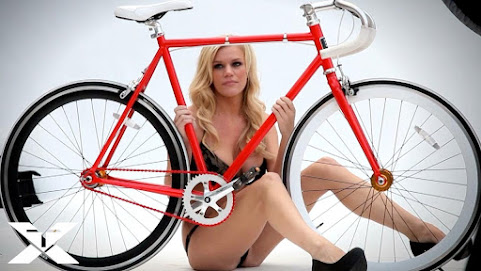 Smarter people than TKC realize that "Bike Supremacy" is an ideology, pure and simple — a faith in the moral inferiority of car and truck drivers, and in the moral virtue of cyclists.

Sure, that's a bold assertion but the idea has not only garnered taxpayer funding but also won support from top ranking local politicos who are desperate to garner favor among hipsters who often complain loudly via social media about the injustice of traffic.

And so, we roll into end of year fundraising that includes a great deal of progress in the constant war against autos in favor of an impractical, inefficient and surprisingly costly "solutions" that also fund quite a few consulting deals and wreck local streets . . .

"We’re grateful for our members and funders who saw a need and rose to meet it and for the “bike boom” that brought fresh legs into this race for places for people. We worked with partners to support the Tenant’s Bill of Rights, and we are collaborating on the region’s Climate Action Plan, Vision Zero, and the Physical Activity Plan. Families, neighborhoods, and community groups affected by traffic violence channeled their pain into action for safer streets. We advocated for decriminalizing biking and walking. Rural communities in Missouri are adopting Complete Streets legislation, and Westwood, Kansas and the Unified Government of Wyandotte County, Kansas have recently passed Complete Streets ordinances.

"The City of KCMO created more outdoor public space for recreation, dining, and active transportation at the height of the lock down. Municipalities across the region are building bike paths, sidewalks, and trails. We developed a new dashboard that connects the dots between jobs access, active transportation, race, economic development and more."

Sounds like a lot of pinko bullshit to me.

It was a sad day when they criminalized walking.... I remember it well.

More self-congratulatory tone-deaf baloney from KCMO's premier single issue special interest.
The metro could be mostly wiped out by a nuclear attack and these idiots would still be patting themselves on the back and demanding more money be wasted on bicycle lanes.
Please take a tip from Clay Chastain and move somewhere else!

Pulling into traffic from Dairy Queen or the Post Office is perilous.

Only a matter of time 'til a fatality.

Why a biker babe sitting like this? Not a good image for your organization. Boobs & legs. My husband better stay home!