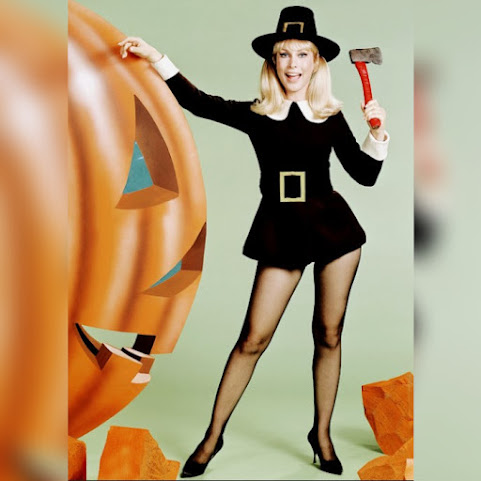 Given that it's also #TBT, we wanted to share this wayback classic TV promo that was before TKC's time but lives forever in reruns that still hold up or at least provide worthwhile background noise. Accordingly, here's our extended peek at pop culture, community news and top headlines for right now . . .

KANSAS CITY, Mo. - Even months and months into the COVID-19 pandemic in the United States, people have questions about the virus and the ever-evolving situation its presence has created. Tuesday, 41 Action News hosted a town hall with local experts to discuss current issues within the pandemic.

Jackson County prosecutors have charged a 28-year-old Kansas City man in a fatal shooting Friday near 57th Street and Indiana Avenue.Prosecutor Jean Peters Baker said Tevin M. Lynch was charged with second-degree murder and armed criminal action in the death of Heath Morgan. According to court records, Kansas City police responded to a residence in the 5700 block of Indiana Avenue on a reported shooting late on Friday.

LEE'S SUMMIT, Mo. - A metro musician that FOX4 recently introduced to viewers has died. Family members said 65-year-old Jimmy Dykes died early Tuesday morning in intensive care at a Lee's Summit hospital. His family said Dykes was suffering from the effects of COVID-19. Dykes, a popular guitar teacher and musician, had been in intensive [...]

Justice Amy Coney Barrett played a decisive role as the Supreme Court barred New York from enforcing certain coronavirus restrictions on religious services. The Roman Catholic Church and Orthodox Jewish synagogues in the Brooklyn and Queens borough of New York City had sued to challenge attendance limits at houses of worship in areas that were harder hit by the virus.

Biden predicted a GOP 'epiphany' after the election. Trump's standing in the way.

WASHINGTON - President-elect Joe Biden predicted that Republicans would have an "epiphany" after President Donald Trump lost. Three weeks after the election, there's no sign of it. Senate Majority Leader Mitch McConnell, R-Ky., still hasn't acknowledged Biden as president-elect. And, like most Republicans, he hasn't condemned Trump's unprecedented attempts to overturn the will of the voters.

'No end in sight': hunger surges in America amid a spiraling pandemic

illions of Americans must rely on charity to put Thanksgiving dinner on the table this year, as hunger surges amid a devastating spiraling of the Covid-19 pandemic which the Trump administration has failed to get under control.

Former President Barack Obama took a shot Wednesday at some Hispanics who voted for President Donald Trump, saying they did not care about his "racist" remarks because of their alignment on social views.

America's most notorious prisoners will sit down for a Thanksgiving like the rest of us in 2020 ... complete with turkey and the fear of catching COVID-19. Lori Loughlin , Mossimo Giannulli and Harvey Weinstein are spending their first turkey day behind bars, and they're about to discover what Bill Cosby ,Kodak Black and Bobby Shmurda know all too well ...

Could This Be the Sexiest Thanksgiving Ever?

Some of you may recall that last year, I, a leading Thanksgiving sexpert, declared Thanksgiving the sexiest holiday. Like the rest of you, however, I had no idea how different Thanksgiving would look just one year later, nor how much sexier it could be.

The Drew Barrymore Show played host to a very popular local feline yesterday. Sly James the Cat, also known as Catrick Mahomes, is the star of one of our favorite Instagram pages, and does daily costume modeling. Sly's owner submitted a few photos to Drew, and our city's shared Absolute Baby clearly delighted the host/actress and, presumably, the not physically...

Startland News perused Westside Storey's 1920s-era corner shop as part of the newsroom's five-part holiday gift guide that identifies locally made goods and supports the call to shop small. Click here to read the multi-day gift guide as it develops.

Skies will begin to clear this evening with winds that will ease to less than 10 MPH before turning to the south by daybreak. Temperatures will drop quickly as the clouds fracture leading to scattered frost by daybreak Thursday morning.

Dido - Thank You is the song of the day and this is the OPEN THREAD for right now. Keep going for more local links . . .

KANSAS CITY, Mo. - Another holiday shopping season is here, and with the struggling economy, many people think it's more important than ever to support small businesses. Here is a list of some small businesses to consider when buying gifts for the holidays.


Not Yet The GOAT

Mahomes: Not at 'global star' Brady's level yet

KANSAS CITY, Mo. - Kansas City native Alan Kneeland hasn't had time to fully relish opening his first restaurant. With the COVID-19 pandemic, it's been "feet on the ground" and get to work, he said. "Honestly, it's been a little stressful, and I'm sure it's stressful for a lot of people," Kneeland said.

In search of the Mayflower: A reporter's voyage to find his Pilgrim heritage

KANSAS CITY, Mo. - Four hundred years ago, a group of 102 passengers and a crew of roughly 35 set sail from Plymouth, England in September 1620 aboard the Mayflower to establish a colony in the New World.

KANSAS CITY, Mo. - Every time the pavement changes, even just a slight incline, Caleb Huffstutter's wheelchair freezes. "It just stops me dead in my tracks," Huffstutter said as he tried to roll into the parking lot at his Kansas City home. The reason is a missing front wheel on his four-wheel wheelchair.

Most Kansas Counties Rejected The Mask Order Before, But The Coronavirus Surge Changed That

At least 73 Kansas counties now require masks. The true number could be higher as the dust settles on a midnight deadline for each county to decide. That's a sharp increase since the summer, when all but 25 of the state's 105 counties rejected Gov. Laura Kelly's statewide mask rules.

With no statewide mandate in Missouri, more local governments are requiring masks

Since that vote, a requirement for face masks has been in every health order issued for the city of 123,000 by the Columbia-Boone County Department of Public Health and Human Services. But the mask mandate didn't extend to the county, because the commissioners never passed a corresponding ordinance.

WATCH: Tyrann Mathieu, Patrick Mahomes and Andy Reid explain what they're thankful for

Kansas City has a starring role in yet another Christmas movie

KANSAS CITY, Mo. - While Christmas will likely look a little different this year, you won't have to look far to see what Kansas City normally looks like during the holidays. Just tune into the Lifetime cable channel on Christmas night when "My Sweet Holiday" premieres at 7 p.m. CST.

LEE'S SUMMIT, Mo. - A Lee's Summit business owner was among more than 1,000 women who each recently received a $5,000 grant from a multi-billion dollar company. The Red Backpack Fund, a partnership between Global Giving and Spanx to help female-owned businesses rebound during the coronavirus pandemic, allowed Kelly Lankford to launch a website for her design studio ahead of the holiday shopping season.

Kansas City's only ski resort, Snow Creek, is set to open Dec. 19 for its 35th winter season, weather permitting. Snow Creek can be found about 35 miles outside Kansas City, offering hilly landscape views for guests from December to mid-March. Due to COVID-19, resort events are limited this season.

There will be music and dancing leading up the official Evergy Plaza Lighting Ceremony on Thanksgiving night.Due to COVID-19 concerns, there will be no spectators crowded around a stage on the plaza. Instead, the performances will be virtual.

curfews on innocent adults are unconstitutional. Thank you SCOTUS.

In regards to emergency curfews, your presumption of unconstitutionality has been negated when the curfew has been held a narrowly tailored means of achieving a compelling state interest such as a pandemic...dumbass.


Barack Obama has been a racist all of his life and he is getting worse. He has slammed white people his own grandmother who raised him and led him into communism, he slammed all Christians saying Jesus Christ and us Christians were the most radical thing and now he is proud of his girls for protesting with BLM.

If you have to put a race in front of lives matter then you are a racist. I believe it was Barack Obama and his hateful wife that divided this country. Lets not forget Rev Wright Michele Obama's mentor and teacher of hate.

Sly James the cat... you knew it had to be from somebody NOT from Kansas City, MO. Sly James is well hated where he controlled things. KCK is for suckers.

Good to see McConnell is still turning his back in all traditional republican values and beliefs and devoting himself entirely to the "New Republican" paradigm of holding onto any scraps or shreds of POWER, by any means possible, honest or not, moral or not, harmful to the Country or not, and refusing to let any such outdated concepts as Patriotism slow him down.

Go Mitch, bury the GOP in the dung heap of History as the American People continue to be more and more disgusted by your antics!

Experimenting, I find 15 seconds in the microwave the ideal execution setting for frying stinkbugs' brains. No pop, no mess, drop in trash. 15 seconds and that lil sucker ain't comin' 'roun again. Gotta find somethin' to do during stayin' in.

Amy CrazyEyes Barrett getting the award for fastest kills as a Supreme.

Not wasting any time these Death Cult goobers.

TOP PHOTO -- COME AS YOU ARE

When Barbara showed up to Thanksgiving dinner in a Pilgrim miniskirt, the Eden was good!!!