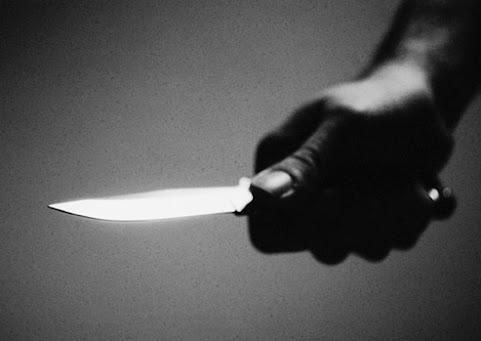 Local slice of life as the quotient of deadly crime continues to escalate despite political turmoil.

There have been fewer killings over the past few weeks and it seems as if the people involved in this tragic drama knew each other . . . Here's the word . . .

KMBC: "A Kansas City police spokesman said officers responded to a reported stabbing around 1 p.m. at a house in the 3700 block of Garner Avenue. Officers found the gravely wounded man. He died a few hours later at a hospital, police said. Police say a person of interest is in custody."

Compare this to only 126 homicides at this time last year as the murder count continues it's historic spike.

Did you say "A person of color is in custody"?

But I thought the president was going to stop the crime?

Keep up the great work Q Ball! Have you considered a free knife and bullet program? Maybe an affordable firearms mandate?

There hasn't been much leadership on the murder rate. Seems like they're just running out the clock, trying not to talk about it this year.

Most likely a deranged, murdering MAGAT upset about losing the election...

^^ You're pitiful and deranged.

Meanwhile, in the major leagues, Baltimore has 281 murders and Chicago has 679. St Louis has 220. Our hood rats are weak, inept and unmotivated. They wouldn’t last a week in those other cities.

Wow. Lots of internet tough guys. Sad thing is I see this a lot and when something bad happens to someone who talks real tough, they cry and whine and moan and act like the world owes them a favor. A little Mercy isn't such a bad thing.

^^ 156 murders requires more than a little mercy dipshit. It requires leadership to deny the cause of the problem and look the other way. Go over to the East side around midnight and see how much mercy you receive.