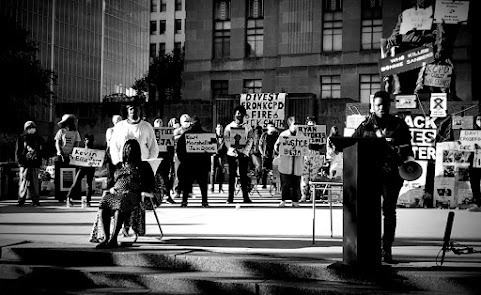 As the city hall front lawn protest continues, a prominent local activist shares some hard hitting questions about the mainstream narrative sold to the public.

As of this writing, protesters are not only demanding the removal of KCPD Chief Smith but also the reallocation of a significant portion of the police budget. The mayor and a council majority have quickly and unequivocally said that they're unwilling to support that agenda.

Here's the no-hold-barred word from one of the very few INDEPENDENT anti-crime leaders in the Kansas City metro . . . 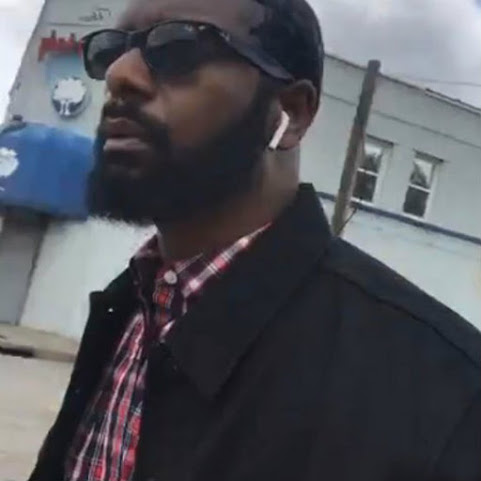 "The media is focusing on the requests that won’t happen. So nothing will happen at all. If these protesters were a little more skilled they would be demanding what could possibly happen like the officer being fired or disciplined . . . Most people are not going to risk getting COVID or be in front of City Hall when it gets cold. However, they will send an email or sign a petition.

To be fair, Mr. Washington isn't the only voice that's sympathetic to protesters but has doubts about their tactics. From what we can decipher via social media comments, the camp out seems to be resonating mostly among the white Midtown protester class but without much support from a much broader coalition of East side voters who don't seem to be signing on to the radical agenda of camp out protesters that would effectively eliminate police from urban neighborhoods.

Big picture perspective that proves out this analysis . . .

KCUR: Protesters At City Hall Determined To Stay Until Their Demands Are Met

Media always focuses on the most outlandish demands. they don't care about the cause, they just want a story.

Progressive "journalists" are just as bad as the rest.

Half of them will be gone when there's a frost.

Do they give some of their shelter and food to the nearby homeless? Other protesters have done this, seems like the right thing to do.

I'm going to stay in my bed all night each night until the Armenian dispute is settled.

It’s plain to see that Shaw doesn’t have any clients because she’s been involved in every riot and camp out, she must really be a bad lawyer if she can’t even drum up business for parking tickets. Matter of fact, she’s breaking the law right now and should be in jail.

Mayor mcdumbo, remove those diseased and filthy animals off of the people’s lawn or else.


Al Sharpton says "latte liberals" pretty racist don't you think? But yet they paint all over the streets black lives matter and want racial equality. This is proof that the black people are the racist ones not white people. Someone needs to tell that racist idiot Pat Mahomes this, along with Quinton Lucas and the other black racists in KC. But two can play this game! Stay away from black people and stop supporting them! If they want to cry racism lets give it to them. As for the white people taking their side????? WHY are you doing that? They hate whitey look what they have done to the republicans after they freed them. They slapped them in the face. Screw you black people we should have never fought for you traitors!

If I could go back, I would have never, never helped any black people when I was employing folks back in the day.

Can we start calling it CHAZ II yet?

God, I luv KCMO, such hilarity.

Alonzo hates the protestors it takes media time away from him.

Alanzo is a dufus gadfly. The Clay Chastain of "crime fighting." You might talk about the Tips hotline payments and Alanzo. The crime fighters are the men and women doing it every day, not the attention seekers like Mr. Washington.

Tell that idiot to take his Tootsie Pop stick out of his ear.

I was in Sam's Club today and I saw a 36 pack of Snickers. I honestly thought about buying it and giving them all to Stacy. She desperately needs a Snickers.

wonder if an of the campers brought mirrors so that when they take a look at themselves they can ask why am i really here.

or are they really homeless and just trying to bid time.

It was in all ways a proper arrest. The pregnant woman would not have been taken down if she had not resisted. The video shows that the take-down was not violent. Just enough knee in her back to keep her from squirming.

Is that a statue of Abraham Lincoln the protesters defiled with their posters?

The protesters have no respect for our country or leaders.

Marxist Democrat Party is unpatriotic, a Communist ideology that is seeking complete control of Americans.

The same way she squirmed the other four times she got pregnant from 5 different guys.

Avoid them at all cost.

KCUR: Protesters At City Hall Determined To Stay Until Their Demands Are Met


GOSH, I HOPE SO. WHEN IT'S 6 DEGREES OUT, IT WILL BE ENJOYABLE SEEING STACY FROZEN SOLID.

CURRENTLY, THANK GOODNESS FOR THE BREEZE BLOWING WEST TO EAST FROM THE ASSEMBLAGE OF "PROTESTERS". THE FINE AROMA GIVEN OFF DRIFTS INTO THE HOOD.

Alanzo is a clown. Don't pay him no attention. He is just trying to get funds for another drone.

I can't believe that they aren't demanding a unicorn that farts rainbows too. That's just as realistic as anything else on their list. fuck em! Get the firehoses ready!

Most of these comments are silly. Too bad you aren't in the real world and don't have a life. These protesters are doing the right thing!

Completely true. Black frailty and privilege are the truth you can't face.