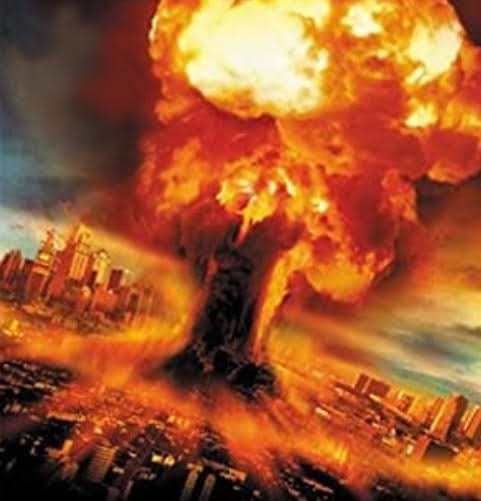 Desperate politicos often tell the public that "there's nowhere to cut" in the Kansas City budget and financial obligations are "locked in" with little option for debt relief other than constant tax increases. Now, as the specter of coronavirus devastates finances across the globe; city hall is finally coming to terms with the perilous task of pension reform in order to advert inevitable bankruptcy.

"It's now or never. And if not now, the bond holders are going to force it eventually with terms much crueler than what the mayor's office is willing to commit. Pensions are now a thing of the past and this week the city's financial network finally gave the ultimatum to mayor and council: Start cutting pension obligations or risk 2021 bankruptcy."

FINANCIAL REPS FOR KCMO DEMAND PENSION REFORM AND WARN THAT WITHOUT IT THERE'S SIMPLY NO WAY FOR CITY HALL TO AVOID BANKRUPTCY!!! 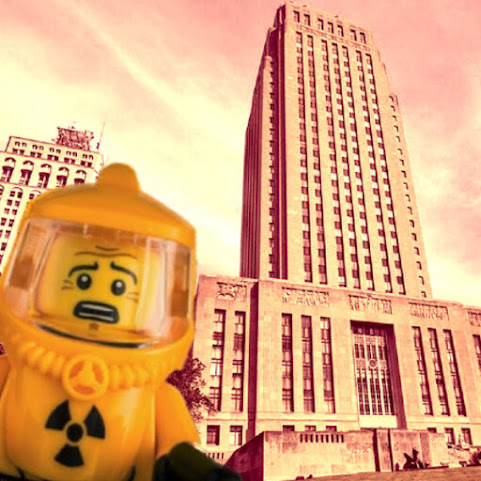 And again, according to TOP ECHELON INSIDERS watching this same scenario play out across the nation . . .

"There's a bright side here, we can start by grandfathering in these reforms in order to honor KC's commitment to public safety first responders. But going forward, KC simply can't afford to maintain our extravagant pension offers and any new hires are going to have to come in under a new benefit plan. It's either that or risk blowing up the entire system and plunging KC into the financial abyss."

As politicos get this news, they're attempting to hurry legislation before the urgency of the pandemic passes.

And of course there's a serious political downside here for everyone running for elected office or with hope of a political future . . . Therein lies the rub and a question that remains unanswered . . .

WILL FIREFIGHTERS AND CITY HALL WORKERS ALLOW PENSION REFORM WITHOUT A FIGHT OR SINK KCMO INTO ECONOMIC OBLIVION IN ORDER TO PROTECT FUTURE WORKERS?!?!

This is a contentious debate that's starting VERY SOON at 12th & Oak and whilst the public remains blissfully ignorant of the financial crisis already underway.

Meanwhile, we have more EXCLUSIVE INFO on the looming KCMO bankruptcy and the path to rescue this cowtown without sacrificing police protection first.

this makes sense but ignores one thing.

the fd is never going to allow it.

The police are for it because their pensions are covered in Missouri and won't see any cuts.

Police will gladly cut the throats of firefighters and city hall workers.

But if Quinton did this, he might as well resign, he'll never be able to run for office again.

This should be simple for EVERYONE to understand.

Cut the budget, not police!

Pensions should be cut before the next tax increase. That would finally be fair for once.


That's dirty. Tell Quinton Lucas to sell off the failed Jazz district to get the city's money back and stop painting racist graffiti on the streets with city money. You city workers should be IRATE, and if you fall for this your are STUPID!

Sell it back? They bought vacant buildings. KC is holding the bag.

Tell the FD they need to sacrifice since they got that salary increase.

Another I TOL'YA SO! Kansas Shitty!


Democrap greedy Firefighters Union slobs (who endorsed Senile Joe) scam the taxpayers by working massive amounts of Overtime their last 3 years..then get a pension based of the inflated salary of those 3 years.

Put a 50% Luxury tax on all "Binary-self identifying individuals".
Since they want to be a man and a woman that should count as two people and they should pay more.

I'll make it easy - I'm out of KCMO, heading to KS side by year end. No more 1%, no more crumbling infrastructure, while funding goes to leftist causes (hair discrimination, murals, art fests), no more high property tax only to have to privately educate kids, no more white-guilt laden neighbors, etc, etc.

I know, enter the geezer, pants shitter, weird, guy comments, but you saps can enjoy paying what will only be an increased tax burden to fund all the 'goodies'...so long gay boys.

I agree/cut fire and city hall immediately. KCPD pension is secure, except for new hires. Emergency services ( aka essential services) will fold over next 4-5 years and KC Mo will be a village then (see Claycomo). Mission accomplished.

A Simple fix to pension plans would be minimum age to draw benefits begins at age 62.

Once again balance the budget on the back of the employees who provide the services residents and businesses are clamoring for. Year after year of no raises, crap work environment, reduction in benefits, layoffs, and the requirement to live in the city limit and now reduce our pensions too. Great. And people wonder why great employees work elsewhere. Would you want to work there? Amazing how we are supposed to feel bad for private employees who lose their jobs and retirement during bankruptcies. Apparently public employees dont count.

Pension promises made that cannot be kept. A common story among states and cities. Read about Detroit. Bankruptcy is the solution to this.

Declare, then have the bankruptcy court appoint a special master to act with impunity to divvy up the assets. Courts have previously ruled that pension obligations are fair game. Missouri law may have to be amended to accommodate municipal bankruptcy. When this happens, nothing and nobody is held harmless. It will apply to new employees, retired employees, long term current employees. Everyone gets hurt, but on the other hand, everyone gets part of what they are due. Compared to the alternative, not a bad resolution.

Celebrate. Celebrate. Dance to the music! BankruptcyKC. Has a nice ring to it.

Actually, some of these suggestions aren't so bad. I'm glad there's some "news" outlet talking about bankruptcy in Kansas City. It's a shame that few are covering it because it's becoming a bigger possibility.

The mayor's in KCMO have spent money they didn't have for decades. Mayor McNeely is no different. My guess is that he couldn't balance a checking account never the less a small major city budget. The people of KCMO (in all counties) are on the hook. You have got to stop electing people that are black or female as the hole just keeps getting bigger and bigger. You can't afford their personal shopping list of public projects. Time for a real leader to step up and say "I can fix this mess, but we aren't going to have new stuff for a while".

The visitors may never Return Except for Foot Ball and Basketball in the Spring. No more tax dollars. Do the dozen,Protesters buy anything on the weekend when Shaw has them brainwashed.NO Conventions or Concerts.Hotels empty.Tax payers don't give them one cent.

Well, it starts as you take a job with the city. Lies upon lies. Just as any HR person there. Then move on to the mayor and directors. Lie after Lie. Why did you take this job? Wait, now I have to lie to keep my job. My job is about lying.

Past and current KCMO leadership is INCAPABLE and UNWILLING to take the necessary steps to stave off bankruptcy.

Funkhouser was a practical balanced budget guy who wanted to focus on basic city services and end the graft, but didn't have the business community support and was an introvert.

James and Schulte were all about "get what you can for yourself and cronies, and exit before the budget blows up."

Quinton Lucas is an inexperienced narcissistic schizophrenic who would rather appear on CNN or pander to special-interest groups than work to solve KC's dire problems.

Good point! And the rest of us in private industry don’t get pensions.