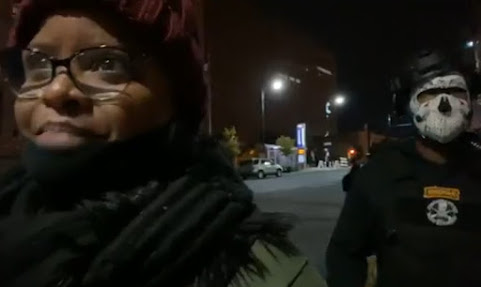 Kansas City urban outrage continues in the aftermath of a pregnant lady arrested amid chaotic circumstances and as an officer placed a knee on the young woman's back.

KCMO LAWYER ACTIVIST STACY SHAW AND ABOUT 2 DOZEN LOCALS ARE CAMPED OUT AT 12TH & OAK TONIGHT AND PROMISE TO STAY THERE UNTIL THE CHIEF IS REMOVED FROM HER JOB!!!

Check the livestream for updates on the downtown occupation outside of city hall and across the street from police department headquarters.

So far the police seem to be keeping a close eye on the situation but haven't moved to clear the scene.

A quick statement via social media . . .

"WE ARE NOT LEAVING CITY HALL UNTIL RICK SMITH IS FIRED!! #occupycityhall #share Demands: Fire Rick Smith and Officer Newton"