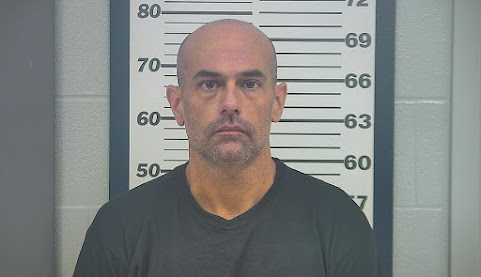 Last year a surge of Internets outrage and some doggone nasty allegations sparked an investigation into a controversial local restaurant honcho.

And now the allegations of criminality have grown even more serious.

Here are the relevant deets in an indictment released today . . .

KANSAS CITY, Mo. – The owner of the Rockstar Burgers restaurant in Kansas City, Missouri, is among 18 defendants indicted by a federal grand jury for their roles in a conspiracy to distribute more than 150 kilograms of methamphetamine and more than 10 kilograms of heroin, valued at more than $1.7 million. Most of the defendants are also charged with illegally possessing firearms.

Rockstar Burgers owner Brian Douglas Smith, 42 . . . (And 18 other suspects) were charged in a 25-count superseding indictment returned under seal by a federal grand jury in Kansas City, Mo., on Sept. 30, 2020.

The indictment was unsealed and made public today upon the arrests and initial court appearances of several defendants, including Smith. This superseding indictment replaces the original indictment returned on Dec. 12, 2019, and includes eight additional defendants and additional charges.

This case is being prosecuted by Assistant U.S. Attorney Bruce Rhoades. It was investigated by the Kansas City, Mo., Police Department, the Drug Enforcement Administration, the Buchanan County Drug Strike Force, and the Missouri State Highway Patrol.

KSHB: All of the defendants in the federal drug-trafficking case, including Smith, are charged with conspiracy to distribute narcotics and money laundering.

KCTV5: Smith was arrested on December 6, 2019 and charged with domestic assault and armed criminal action amid several disturbing allegations of an assault on a former girlfriend.

KMBC: The U.S. Attorney said most of the defendants are also charged with illegally possessing firearms.