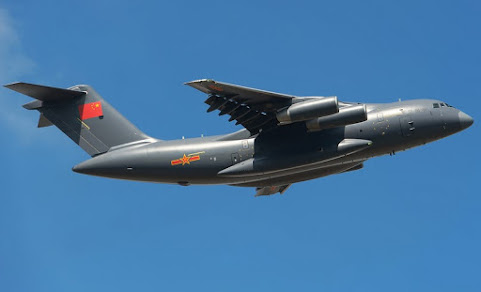 We noticed some of the smartest veteran KC newsies picking up this story that didn't get a lot of play in the local media . . . However, the news is worth a glimpse inasmuch as the fight over data is now taking place on the home front.

The lawmakers warn that CIMC-Tianda’s passenger bridges may allow the Chinese government to access the personal data of airport employees or to disrupt communications between ground control and aircraft.

The letter reads, “This poses a serious risk to American national security. The Chinese government has long used state-backed enterprises like CIMC-Tianda to advance its strategic interests. Beijing also recognizes the critical role U.S. transportation infrastructure – including our airports – plays not just in our citizens’ lives, but also in the functioning of our economy and, in times of crisis, the mobilization of our nation’s resources to protect American citizens. That is why Beijing has repeatedly targeted that infrastructure for disruption or interference using cyber and other means.”

CIMC-Tianda has a long history of illegal activity in the U.S., including industrial espionage, and was previously banned from selling passenger bridges by a U.S. district court in Houston.


If elected President, the Communist China plane shown in the picture will be Joe Biden's Air Force One.

Direct flights to Beijing to pick up his bribe money.

China owns the biden family and that’s why it’s so important he wins..... hunter needs a new do nothing for a million dollars a month job, you know, because he loves crack and hookers so much.

Are you kidding- loans from China and Russia are all that have kept the Trump Organization solvent for decades.

Six bankruptcies will do that to you.

^^^^ Loans are not bribes. The Buydens are dirty along with Odummy and Hellary. They will hang after Trumps 47 state landslide.

^^^^ Only after Trump suspends that little thing called the Constitution that he and you hold in so much contempt.

Regardless of your political affiliation, why would anyone want the US to get any more beholden to China than we already are, unless you want to live in a Communist country?

You are an idiot.

Cool, an all Russian troll thread

This Biden corruption has been going on for decades ..But Pelosi is worse. That is why She and the Corrupt Politicians and Globalist are trying to get Trump out of the way. He has the goods on them.

I can’t wait for another four years of President Trump and all the lame stream media, hollowedwood, libtards, blm, antifa with their crying and lying! Where’s bandit with the popcorn!

"the critical role U.S. transportation infrastructure – including our airports – plays not just in our citizens’ lives, but also in the functioning of our economy and, in times of crisis, the mobilization of our nation’s resources to protect American citizens."

by all means then, tear down terminal C.

the region should rely more on international trade for security in a crisis.

Good on China, they were on top before they were ripped off and stupefied by the west.

which one of his donors are pushing this. probably just want the contract