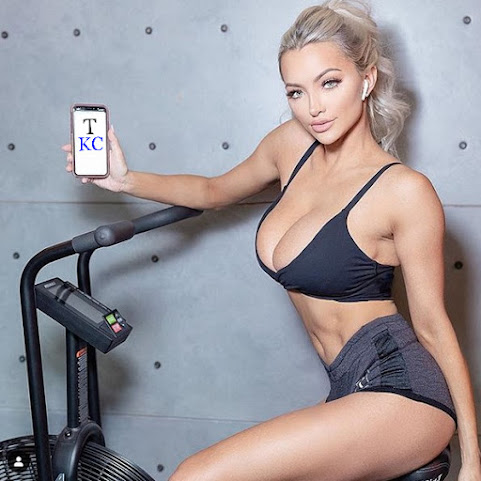 RideKC and Mahomes foundation to transport voters to polls

Do you have a plan to vote in the Nov. 3 election? Kansas City Chiefs quarterback Patrick Mahomes' 15 and the Mahomies Foundation will be covering the cost to shuttle voters to Arrowhead Stadium, a voting location on Election Day.


Increase The Peace In KCK

Kansas City, Kansas, Public Schools has lost 18 students in the past year to violence, including six at J.C. Harmon High School alone and a total of 11 to gun violence. In response to the increasing violence in KCK, the district is planning some anti-violence initiatives.

Hy-Vee announces automated cleaning system that cleans, sanitizes shopping carts after every use

FAIRWAY, KS (KCTV) - Hy-Vee, Inc. announced Tuesday they are introducing an automated cleaning system that will fully clean and sanitize shopping carts after every use. The grocery store said that by mid-November, more than 200 Hy-Vee stores across its eight-state region will have the Sterile Cart system.

Lindsey Pelas treated her Instagram followers to a sexy new video of herself, performing various exercises that showed some of her favorite ways to work out to help accentuate her curves. In the video, Lindsey wore a pink sports bra with a cutout and mesh fabric above her ample cleavage.

The Trump campaign's "war room" Twitter account has been serially dishonest, repeatedly taking quotes from former Vice President Joe Biden and other Democrats out of context.

Is Joe Biden Toast If He Loses Pennsylvania?

Michigan and Wisconsin have been the focus of a lot of attention from nervous Democrats for the past four years, in part because Hillary Clinton spent relatively little time there and lost both states in 2016.

A second night of unrest in Philadelphia began Tuesday over the police shooting death of a Black man, just as his children recalled their father in front of reporters and 1,000 looters have reported targeting businesses, police said. Three of Walter WallaceJr's., son remembered their father during a news conference.

Trump campaign says not a chance: The Trump campaignsaid the hackers had not accessed any valuable information. "There was no exposure to sensitive data because none of it is actually stored on the site," tweeted communications director Tim Murtaugh. The campaign is working with authorities to investigate the attack, Murtaugh added.

The CEOs of Facebook, Google, and Twitter released prepared remarks on Tuesday that warn against repealing Section 230, the legal statute that protects the social networks from liability for their users' posts. The remarks were released in advance of Wednesday's hearing with the Senate Commerce Committee.

What if the Royals never trade David Cone to the Mets?

I'm starting a new series called "What If" where I explore alternate universes of Royals baseball to find out what could have happened differently. Today, we look back at one of the worst trades in Royals history. What if the Royals never trade David Cone for Ed Hearn?

Wednesday will be cloudy with rain chances toward evening

Hide Transcript Show Transcript SEE CLEAR SKIES. I THINK WE DON'T HAVE TO WORRY ABOUT THE IMPACT AND TEMPERATURES ARE ABOVE FREEZING SO THE FOG WILL CONTINUE. WE ARE STILL PRETTY CHILLY OUT THERE SO IF YOU ARE HEADING OUT, IT WILL BE COLD, DOWN TO NEAR FREEZING LATER TONIGHT BUT IT WON'T BE THAT MUCH RE-FREEZING, FINGERS CROSSED.

Shouldn’t have brought a knife to a gun fight, never ends well.

Further proof that President Trump denounced white supremacy (38 times by the way) for four years cnn has lied and twisted everything when it comes to Trump so they have the nerve to call anybody a liar is sick.

i went to burlington coat factory this afternoon, not in PA, but they did not have as many coats as i would think they'd have.

i am pretty sure i bought my last coat, 12 years ago, at a burlington coat factory and it was just coats, lots and lots of coats.

That's a death sentence when you run at cops with a knife. They can't wait to see if you're just going to tickle them with it. And if I were a cop with a Taser, I'd think twice about trusting that to work as someone ran at me with a knife because, as we've seen, it doesn't always stop someone like a bullet does.

You're just bragging about deep and probably hard is ify, that's what your wife said.

Price Chopper will drag it's feet for months before they have them.

These carts are huge germ spreaders, stores should have had these a long time ago.

When Lindsey livestreams to the TKC site during spinning class, everyone gets in the Schwing!!!

The Black man fatally shot by Philadelphia police officers on Monday was an aspiring rapper who sometimes rhymed about shooting people, including police officers, and was awaiting trial for allegedly threatening to shoot a woman, according to media reports.

Court records obtained by the news outlet also show Wallace had a criminal history. In 2017, he pleaded guilty to robbery, assault and possessing an instrument of crime, according to documents obtained by Fox News.

Authorities said he kicked down the door of another woman and put a gun to her head.