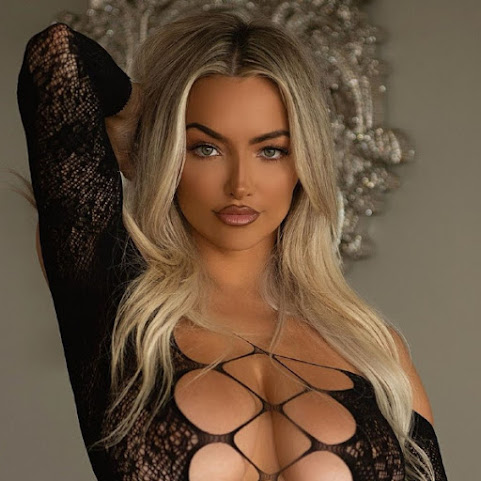 Inspired by hottie Lindsey and her body of work, we share this quick peek at pop culture, community news and top headlines.

KANSAS CITY, Mo. - The seemingly near-constant construction on West 39th Street has the mayor of Kansas City, Missouri, taking his concerns to social media. Over the weekend, Mayor Quinton Lucas tweeted that a lack of communication between the city and utilities had resulted in a weeks-old road resurfacing project now being ripped up.

OVERLAND PARK, Kan. - A severe substitute teacher shortage is now plaguing several metro school districts. Some schools fear the lack of subs could get bad enough that buildings can't stay open. If you log onto the Blue Valley district website, you'll be greeted with a message about staffing needs.

A man has been charged in a fatal shooting outside a south Kansas City McDonald's restaurant.Jackson County prosecutors charged Kenny T. Moore, 28, of Independence, with second-degree murder, two counts of armed criminal action and unlawful use of a weapon in the death of Rickey Arrington, 35.Arrington was shot while in a car Monday morning in the parking lot of McDonald's at East 111th Street and Hickman Mills Drive.Arrington was taken to a hospital and died.

Model, former Playboy Cyber Girl of the Month and podcaster Lindsey Pelas was active on Instagram late on Thursday, October 15 to update her 8.8 million followers on the photoshoot for her 2021 calendar. In the post, the 29-year-old revealed that shooting is now complete on the project, which will be the fifth calendar the social media star has produced.

President Donald Trump abruptly ended a solo interview with CBS News' "60 Minutes" Tuesday and did not return for an appearance he was supposed to tape with Vice President Mike Pence, according to multiple sources familiar with what happened.

Melania Trump withdrew from a scheduled return to the campaign trail on Tuesday, two weeks out from election day, due to a "lingering cough". Like her husband, Donald Trump, and her son, Barron, the first lady recently contracted the coronavirus and entered treatment and isolation.

President Trump said he is ready for Thursday's debate against Democratic presidential nominee Joe Biden, but claimed that it will not be fair because the moderator, NBC's Kristen Welker, will be biased against him. Trump said in a "Fox & Friends" interview Tuesday that he wished there would be a neutral party moderating the debate.

U.S. stock index futures rose slightly in overnight trading on Tuesday after White House Chief of Staff Mark Meadows said that House Speaker Nancy Pelosi and Treasury Secretary Steven Mnuchin have made "good progress" on stimulus talks, before adding that they "still have a ways to go" before an agreement is reached.

WASHINGTON - The Republican-controlled Senate is set to vote on the reauthorization of the Paycheck Protection Program for small business loan forgiveness as Congress runs up against a Tuesday deadline to reach a deal on COVID-19 stimulus before the election.

The Glenwood Arts Theater in Overland Park is reopening this week with a sneak preview showing Wednesday night. It's been closed for seven months due to COVID-19. The theater has made changes and the people who run it hope a loyal audience is ready for a comeback.While the theater shows commercial films, it's best known for showing art films by independent filmmakers.Glenwood closed in March because of the pandemic.

The Giving Grove, a Kansas City-based nonprofit, has recently expanded its services into rural Kansas in a partnership with The Big Garden in Omaha, Neb. The Giving Grove traditionally serves urban communities, but with grant funding from the United Methodist Health Ministry Fund, The Big Garden will open a satellite program in Kansas to serve individuals and families in rural communities with food insecurities.

Those picking up holds from the North-East Branch of the Kansas City Public Library will have the opportunity to visit a new Mobile Library. While the North-East Branch has undergone renovations beginning in -, the collections and other materials have been in a temporary space across the street at 5930 Wilson Rd.

Why is he upset now, he knew this crap was going on when he was a clowncil member, this exact crap has been going on all over the city for years and people have been complaining about this for years. If qball has a brain he’d fire who is in charge of this department.

That project will be wintered soon.

When audiophile Lindsey Pelas announced she would attempt to play as many 10-inchers back-to-back as possible, it was music to her biggest fans ears!!!

Trump just left the 60 Minutes interview to take a restroom break.
Unfortunately the toilet he chose had a Supply Closet, and he got lost for three hours.
Nobody on the White House Staff cared enough to go look for him, they were all busy updating their resumes.

DEVELOPING: @RudyGiuliani displays a “very, very sensitive” alleged text message from Hunter Biden, which he claims to have handed over to the Delaware state police. @gregkellyusa https://t.co/VlT7z8drtO pic.twitter.com/nzbzAb9QbF

Yes, I hear Giuliani and his team have retrieved 23 gigabytes of incriminating evidence from that laptop's 1g hard drive.

Sort of like when the "Whitewater" file, all 35 pages of it, got stolen from the Kansas City RTC Office, turned up briefly at Dole's Topeka office (at 150+ pages), then mysteriously vanished again, only to surface again in Lynch's Des Moines office, whereupon Lynch turned over all 500+ pages of the file to Ken Starr so he could start the Clinton witch hunt.

Starr couldn't find anything in Whitewater (several Little Rock Lawyers got conned, the Clintons lost $250,000), so he was given carte blanche to "get something, anything" on Bill.

Why does Trump have a secret bank account in China? INVESTIGATE NOW! VOTE HIM OUT! LOCK HIM UP!

Hunter is a sicko that sleeps with underage girls and also face times them naked while smoking crack, he’s one heckuva a guy!

“Hunter allegedly accused his sister-in-law and former lover, Hallie Biden, of telling Hunter's therapist that he was sleeping with a 14-year-old girl.”

The apple doesn’t fall far from the tree, him and rapey joe are quit the pair. Sick bastards.

“opened an account with a Chinese bank having offices in the United States in order to pay the local taxes” associated with efforts to do business there. He said the company had opened the account after establishing an office in China “to explore the potential for hotel deals in Asia.”

“No deals, transactions or other business activities ever materialized and, since 2015, the office has remained inactive,” Mr. Garten said. “Though the bank account remains open, it has never been used for any other purpose.

Wow dude, that’s a serious crime, having a bank account to pay taxes, whew, glad you found that now let’s go get him, maybe you can impeach him again for not breaking the law! That’s some serious journalism right there! Hahahahaha!

Awwwww. Did those nasty women hurt his widdle feelings?

Anybody know when the Durham Report is going to drop? Should be any day now right?? How about Obamagate? Any news on that yet? I understand Obama will be headed to prison soon, I mean that's you guys are saying right? I also understand Biden was supposed to withdraw from the race because of this "laptop" thing. When's that coming?