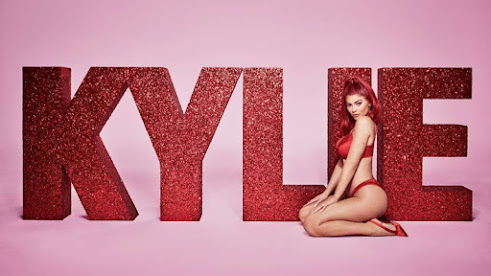 Our beloved overnight readers always inspire contemplation of the local discourse and right now we check in yet again with a quick peek at hottie Kylie along with pop culture, community news and top headlines.

KANSAS CITY, Mo. - President Donald Trump is pushing off talks on the next stimulus bill until after the November election, telling his representatives to stop all negotiations. But Sen. Susan Collins (R-Maine) wants talks to resume, saying a relief package is necessary. Kansas City metro families agree the money is needed.

KANSAS CITY, MO. - More than one month into the fall semester, hundreds of Kansas City, Missouri Public Schools students who were expected to enroll, are not enrolled, and technology issues continue. Marla Sheppard, KCPS deputy superintendent, said the district is about 450 to 470 students below projected enrollment.

GLADSTONE, MO (KCTV) -Teresa Quintero opened a container of Outlaw Germ Justice Disinfecting wipes Tuesday morning hoping to disinfect some surfaces in her home. "I was appalled that it was full of mold. And I said, 'how can this be full of mold, it's supposed to be disinfecting wipes'," Quintero said.

Kylie mentioned the upcoming November elections on her stories, too, telling fans: "We must all make our voices heard this November. Now, more than ever, we need change." "We have the power to make a difference. But we need to VOTE," she added.

Democratic presidential nominee Joe Biden said Tuesday that the second presidential debate should not be held if President Donald Trump is still infected with coronavirus, but that he would base his participation in the debate upon recommendations from medical experts.

National Intelligence Director John Ratcliffe on Tuesday declassified documents that claim Hillary Clinton ordered "a campaign plan to stir up a scandal" by linking President Trump to Russia in 2016 - and that then-President Barack Obama knew about her possible role.

Fauci added that a vaccine likely won't be widely available until next summer or fall. That timeline is in line with a prediction by CDC Director Robert Redfield, who warned the Senate Appropriations Committee last month that it would take about six to nine months to vaccinate the public once a vaccine is approved.

While Supreme Court nominee Amy Coney Barrett has faced questions about how her Catholic faith might influence her jurisprudence, she has not spoken publicly about her involvement in People of Praise, a small Christian group founded in the 1970s and based in South Bend, Ind.

Eddie Van Halen, the legendary guitar innovator and virtuoso who led Van Halen through five decades and three lead singers, establishing himself as one of the all-time great players in rock history, died Tuesday after a long battle with cancer. He was 65.

Now that I'm older, I've come to regret the things that never were. Take skateboarding, for example. Middle school Marco still remembers going to the skatepark and staring through the fence with amazement as skateboarders flew through the sky, defying gravity. It was like synchronized swimming, except with beer, fewer shower caps, and the Ramones blaring in the background.

there are only two big reasons I like Kylie.

and there is not even one big reason to like you.

11:35 try not to leave the door wide open the next time you take a piss.

Fauci should use duct tape for a mask! Guido dweeb!