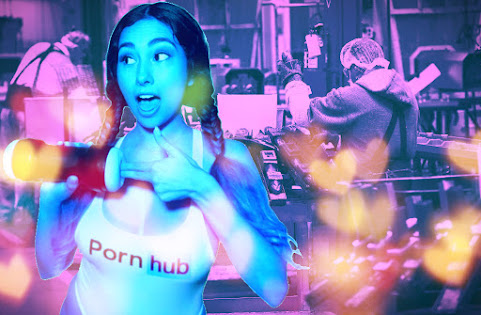 And so, once again we start our alternative news journey inspired by pr0n gently working its way into pop culture, community news and top headlines.

This week, Imagine Downtown KC podcast Host Kemet Coleman talks with Chris Beynon, AICP about Kansas City from a national perspective including ways in which Downtown can stay competitive. Chris Beynon serves as Vice President and Chief Development Officer for MIG, the design firm based in Berkeley, CA.

1 in critical condition after shooting at 18th, Ruby in KCK

KANSAS CITY, Mo. - One person is in critical condition following a shooting Monday night in Kansas City, Kansas. Officers responded around 8:08 p.m. to the area of South 18th Street and Ruby Avenue on a reported shooting. A victim was located and transported to an area hospital.

LEE'S SUMMIT, Mo. - A Lee's Summit laboratory is mailing COVID-19 test kits directly to people's homes. The U.S. Food and Drug Administration gave an Emergency Use Authorization (EUA) to Viracor for an at-home collection kit that will test for COVID-19. People can fill out an application online and receive the PCR test within two days.

The Sex-Toy Industry Is Booming Thanks To COVID-19

What matters on 3 November is not which candidate gets more votes in the US election, but who secures the 270 electoral college votes needed to get to the White House. Lauren Gambino, political correspondent for Guardian US, talks to Anushka Asthana about Joe Biden and Donald Trump's possible paths to power.

Yahoo News/YouGov poll: The tide turns against Trump as Biden surges to his largest-ever lead among likely voters

With only two weeks left until Election Day, Joe Biden's lead over President Trump has widened to 11 percentage points - Biden's biggest margin among likely voters in any Yahoo News/YouGov poll to date. The survey, which was conducted from Oct.

GOP senators and aides stressed the timeline wasn't locked down - cooperation from Democrats, for example, could speed things up - but they are planning a rare weekend session that would set up a final vote for as soon as early next week. "I look forward to the Judiciary Committee's vote on Thursday.

WASHINGTON (Reuters) - The U.S. Centers for Disease Control and Prevention on Monday issued a "strong recommendation" that all passengers and employees on airplanes, trains, subways, buses, taxis and ride-share vehicles should wear masks to prevent the spread of COVID-19. The interim guidance also calls for facial coverings at transportation hubs like airports and train stations.

A cloudy and chilly start to the week

Staying cloudy and chilly as the week we begins We need the rain and there will be a few opportunities this week; Best chance for a widespread soaking rain is Thursday night/Friday morning There is one big warm up likely around Thursday KANSAS CITY'S MOST ACCURATE FORECAST Monday: Cloudy and cold.

Florence + The Machine - Ship To Wreck is the song of the day and this is the OPEN THREAD for right now.