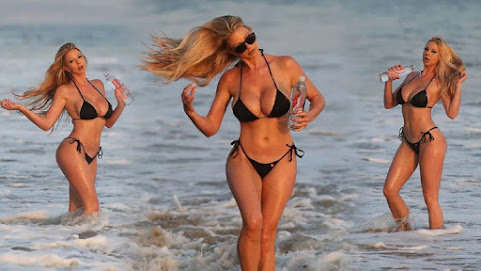 This morning we start bright and early with respect for Elke and her body of work along with love for pop culture, community news and top headlines.

This week's Nick's Picks is brought to you by the letters E, T, and U. That stands for Expect The Unexpected. Who could have predicted that in a 48-hour time span the president of the United States would test positive for COVID-19 and the pandemic would halt the Chiefs from playing at Arrowhead?

The Hotel Kansas City opened late last week in the heart of Downtown KC. The beautifully restored building retains the signature features of the historic Kansas City Club location, accented with a sophisticated blend of modern flourishes. "We are the most luxurious hotel in the market, there's no other comparisons," said Sarah Beck, director of sales and marketing.

KMBC 9 Investigates: Raytown senior apartment complex where fire kills 1 did not have sprinklers

The Raytown Fire Marshal told KMBC 9 News on Monday a senior apartment complex that experienced a deadly fire Saturday evening did not have fire sprinklers installed. Fire Marshal Mike Hunley said the Temple Heights Manor senior community was not in violation of fire code due to the lack of sprinklers.

Brain-eating amoebae are very rare, but warming waters may change that

Instances of Naegleria fowleri-related brain infections in humans is relatively rare, but when it does happen it is almost always serious.

When the gloves come off, the mask goes on. Joe Biden tweeted a meme showing President Trump removing his face mask upon his arrival at the White House late Monday after his treatment for COVID-19, and puts a side-by-side video of himself putting on a mask like a superhero.

As Trump battles COVID infection, president tweets over a dozen times in less than an hour

President Donald Trump sent a series of tweets on Monday morning offering reasons why he should be re-elected on November 3. Many of his messages were short phrases with calls to "vote." The president remains in Walter Reed Medical Center following a positive test for COVID-19.

On Monday morning, Justices Clarence Thomas and Samuel Alito reminded Americans that marriage equality is in imminent peril at the Supreme Court. Thomas, joined by Alito, wrote a screed in defense of Kim Davis, the Kentucky clerk who refused to issue marriage licenses to same-sex couples, painting her as a modern-day martyr.

"If that's not proof point, testament, to climate change, then I don't know what is," Newsom said. The August Complex began as dozens of fires ignited by lightning in the Mendocino National Forest in mid-August and became California's largest fire on record in September. As of Monday, it covered nearly 1,566 square miles (4,055 square kilometers).

" The Batman " will no longer hit theaters in 2021. In another major release calendar overhaul, Warner Bros. has delayed the comic book adventure and a number of other movies, including "The Flash" and "Shazam 2." "The Batman" - starring Robert Pattinson as the Caped Crusader - had been scheduled for Oct.

The shortened season means the Royals didn't have as many chances to hit home runs, but did you know they still more home runs this year (68) than they did the entire 1976 season (65)? And that team finished in first place! The game has changed! Here are the top home runs of 2020.

This October, Trek to Kansas City, Kansas, For the Taco Trail

The KCK Taco Trail sounds like a dream come true for taco-lovers. The Kansas City area is well-known as a starting point for the historic Santa Fe, California and Oregon Trails leading westward and now, the area also boasts its own Taco Trail that officially launches on Thu., Oct. 1.

Hide Transcript Show Transcript KNOW FIRST. THIS IS FIRST ALERT WEATHER AND IT IS WINDY AND WARM OUTSIDE FEELS MORE LIKE EARLY SEPTEMBER. WE'RE LOOKING FROM OUR TOWER CAM RIGHT NOW TOWARDS ARROWHEAD STADIUM IS GOING TO BE ROCKING THEIR AND LITTLE LESS THAN TWO HOURS FOR TONIGHT'S GAME AND CHECK OUT THESE NUMBERS.

My Morning Jacket - Feel You is the song of the day and this is the OPEN THREAD for right now.

many thinks for my morning jacket!

Pretty soon, marriages between two faggots will be illegal, as soon as Amy Barrett is sworn in. Next, it will be illegal for faggots to have butt sex or oral sex, like it used to be illegal. Then maybe they will be more discrete, like they used to be. They need to quit swishing around like they are women.

Ha! The silly little closeted-faggot @7:01AM just got knocked the fuck out!!! Silly faggot.

@7:46-You silly, closeted-faggot, you sure think about dick all the time don't you? Faggot. Stay down, you got punked. Punk.

Trump was right that the State of California is not performing proper forest management by removing dead trees and decay like they used to before budget allocations took money from the California Conservation Department and gave it to illegal aliens.

Notice the Midwest, Mountain and Southern states don't have raging forest fires every month. You would think Montana, Wyoming, Colorado and Idaho would be burning like California but they are not because they take care of their forests.

68% of the Forests in California are Federal Land.
If Trump wants "proper forest management", it's his responsibility.
Funny how his ignorance keeps biting him on the ass, isn't it

7:52: And yet it was 7:01 who brought up the topic and demonstrated that he had been a resident of the restrooms at Missy B's and learned all sorts of things. In other words, he's really... wait for it!... weird!

Gay people are not going to like the Supreme Court for the next few decades.

Are these the same fires where about half of the large ones were started by arsonists? Fires on Fed land are fine to burn, its nature taking place. Where they intrude into populated areas, THAT is where management needs to occur and cannot without significant permit costs, delays or outright rejection.

You may want to try gay conversion therapy to free yourself from the constant desire to get buttfucked.

^^^^And yet you don't seem to have been cured, since that's about all you post about. Maybe you can get a refund. Weird.

All you magats know this, your dear leader is alive because he was given FETAL stem cells from aborted fetus's. figure that one out

Gov. Newsom has spent money on illegals instead of on forest management. It's on him, big time.

Mad because Ginsburg is dead and he isn't Chimpy?

@11:25 illegals were there before called illegals, oh yeah they were indigenous! How did the forests manage fires before the forest management? Stoopid!

Illegals are still fucking illegal and that non forestry management thing really seems to be working out well. Idiot!

I heard of a tree hugger in cali that locked himself to a huge tree with chain to keep it from being cut down. All the loggers went home that night. A bear came and night and ate the guy. Try story. Tree cut down 1 week later. Good job my Greenpeace!

Thanks for the input guy from Europe.

That's all you've got? Lame! Do better.

The best thing to come out of gay marriage is gay divorce. Fag fights are funny!

So are we still supposed to take Hydroxycloroquine or whatever the hell it is?

You can take Drano