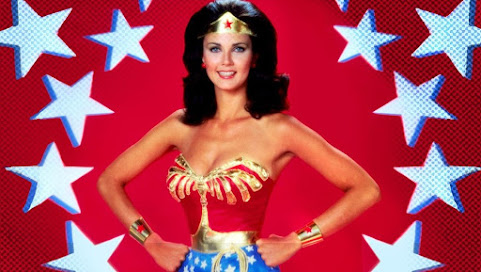 For close readers among our blog community, we share some suggestions, community news, pop culture in this collection of mostly wonderful things.

'You never know what you have until it's gone': KC jobs starting to return since beginning of pandemic

KANSAS CITY, Mo. - Experts say Kansas City lost about 90,000 jobs from March to April due to the pandemic. Now, as COVID-19 rules are relaxed and the economy starts to recover, about 20% of those jobs have started to come back. But entertainers have still taken a huge hit, with many still out of work.

JOHNSON COUNTY, Kan. - The 2018 primary election in Johnson County was slow and filled with issues. Two years later, the election board is predicting a swift and smooth process for the 2020 general election. Now, a new election commissioner in Johnson County is promising an efficient voting experience and results posted on election night.

JEFFERSON CITY, MO (KCTV) - Today, Missouri State Treasurer Scott Fitzpatrick announced that $2.1 million in unclaimed property has been returned to a Kansas City resident. According to a release from his office, the unclaimed property claim represents 231 accounts totaling $2,154,676.97 in cash and securities.

Wonder Woman star Lynda Carter broke-out her old superhero move for a video endorsing the Democratic ticket in Tuesday's presidential election. "This week, I'm spinning into my best superhero gear! Walk, run, or spin on down to the polls and vote early for @JoeBiden and @KamalaHarris if you haven't already voted by mail!"

Liberal filmmaker Michael Moore is sounding the alarm five days before Election Day, strongly suggesting that polls showing Joe Biden in a comfortable lead against President Trump are not accurate.

With Senate at risk, Trump focuses on himself

After President Donald Trump took the controversial step of commuting the jail sentence of his longtime friend Roger Stone, Sen. Susan Collins was again stuck between the leader of her party and the Trump-aligned voters she needs to win a tough reelection.

The Fox News host Tucker Carlson has been mocked for his attempt to explain why he could not produce some documents he had promised relating to Joe Biden. He said the only copy of the papers, which he claimed added to claims about Biden's son Hunter, had been lost.

They all have one very important thing in common. Abraham Enriquez speaks with the clarity of a levelheaded TV anchor. The 25-year-old Latino from Lubbock, Texas, was the first in his family to be born in the United States, after his grandparents immigrated from Mexico in the 1980s and brought his then-2-year-old mother with them.

Trump supporters left in cold for hours after Omaha rally; Biden weighs in with criticism

Hundreds of people who attended President Donald Trump's rally Tuesday evening at Eppley Airfield spent up to three hours in freezing temperatures waiting for buses to take them back to their cars. Officer Michael Pecha, an Omaha Police Department spokesman, said 30 people received medical attention and seven were taken to area hospitals with various medical conditions.

Arvelisha Woods and India Monique just wanted to style hair and eat nachos, the duo said, breaking into laughter. "It all started with being hungry," Monique recalled, with Woods emphasizing the "hungry." The sisters behind Mattie's Foods went on a fast in 2015 as part of their mission work.

really. I don't have any injuries. Toe announced here. So, um all in all, a good football game. I was impressed with all three phases and the job that we did, they're all three phases contributed. They overcame some things offensively and defensively.

Who is ready for some nice weather in Kansas City?

The dry weather returns with warmer days ahead A huge warm up puts us back into the 60s on Halloween! A warm up into the 70s is in the forecast KANSAS CITY'S MOST ACCURATE FORECAST Tonight: A freeze is likely tonight with some frost by morning. Mostly clear and cold.

For once I agree with Michael Moore.

^^^ his medication must be working now! Hahahahaha,

And tucker Carlson’s paper were mysteriously found and returned today.

UPS admitted they fu*ked up the Carlson shipment today, but they couldn't provide many details about it.

When I scrolled through the TKC stories too fast, I saw a blurred image of Michael Moore in Lynda Carter's Wonder Woman outfit and upchucked the chicken spiedini I had for supper.

There were things to see after the Lynda picture?
Sorry, I missed them.

Thank you for removing the Michael Moore image and story, TKC. Readers can rest easy knowing it won't affect their dining experience.