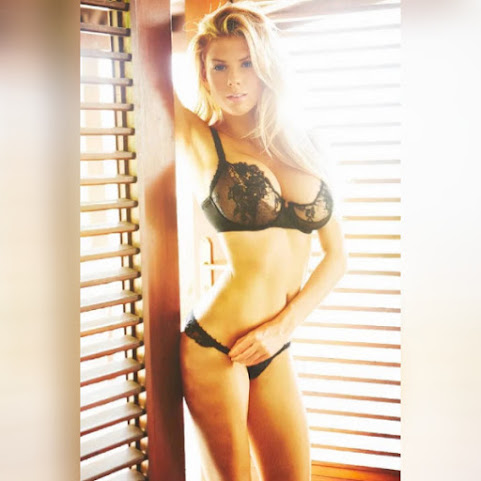 For the midday, hottie CharMac attempting a newsworthy rebrand whilst dancing to an old school funk classic in hot pants inspires this peek at pop culture, community news and top headlines.

KANSAS CITY, MO (KCTV) -- Economic experts have new projections for when Kansas City will recover from the impact of COVID-19. And while they believe the economic recovery will be quicker than the 2008 recession, they don't believe local employment numbers will return to normal for around three years.

'This isn't normal, you don't deserve this'; JoCo domestic violence agency ramping up its message

OVERLAND PARK, Kan. - Some experts have referred to domestic violence during the coronavirus quarantine a "pandemic within a pandemic." The unusual living conditions brought about by the stay-at-home-orders have only exacerbated an already dangerous and pervasive issue. Tammy Holwick survived the trauma of childhood domestic abuse and now works as an advocate to help [...]

KANSAS CITY, Mo. - General Motors has openings for 10 skilled trade workers and 60 part-time temporary workers at the Fairfax Assembly Plant. The plant produces the Chevrolet Malibu and the Cadillac XT4, making about 800 cars per day. The openings for skilled trades include pipefitters and millwrights.


CharMac Against The Box

L isten my darling, you're never going to win the Nobel Prize for quantum physics, but you are easy on the eye. Those words, uttered by Dancing with the Stars judge Bruno Tonioli, still haunt Charlotte McKinney. "I've been put squarely in a box and I'm still in that box," she says.

In the last few weeks, Joe Biden has led President Donald Trump by a fairly consistent eight point average in national polls and has maintained leads in more than enough battleground states to win the Electoral College, including Arizona, Michigan, Pennsylvania and Wisconsin - all states Trump won in 2016.

House Speaker Nancy Pelosi, on a private call with the House Democratic whip team Thursday morning, sounded very down about the prospects of a deal for a new stimulus package to respond to the Covid-19 pandemic and its economic fallout, according to two people on the call.


Suspected Shooter Pushes Back Against Veep

An attorney representing alleged Kenosha shooter Kyle Rittenhouse has announced plans to sue Democratic presidential nominee Joe Biden and his campaign for libel on his client's behalf after Biden shared a video that appears to suggest the teenager is a White supremacist.


Prez Trump Walks Back Shout Out To Proud Boys

President Trump may have emboldened the Proud Boys with his debate comments. The president is now saying he doesn't know "who" the Proud Boys are. Jeff Pegues speaks with a former member of the group.

"There has never been such an aggregation of power in the history of humankind as big tech enjoys today, with money and monopoly, power and the hubris that comes with the unchecked use of power," Republican Senator Ted Cruz said following the vote.

It's fall y'all. Time to get your spook on and enjoy cool temperatures. Luckily, there are plenty of ways to do both this weekend in and around Kansas City. 6 - 8 p.m. Friday night is Ladies Night at Art in the Yard Kansas City in Overland Park, 7620 Santa Fe Drive.

There are few foods more perfect than a sandwich made right. From the simple to the multilayered, the satisfyingly messy to the easy-to-eat, Kansas City restaurants serve up exquisite takes on this meal between bread. While the competition is stiff, we've rounded up 13 of the absolute best to add to your lunch hit list....

Breezy northwest winds will settle down after sunset. Temperatures will drop quickly by then as well with lows bottoming out in the low to mid 40s. Even colder air still on the way with Friday with areas north of the river possibly getting their first frost of the season.

Soft Cell "Tainted Love" (1981) is the song of the day and also the inspiration for the best jeans commerical in history. This is the OPEN THREAD for right now.

Trump blew his lead. Now he's coming from behind, he's actually better that way. Democratic Party shouldn't get too complacent, the polls have always been unfair to Trump.

12:12 it was mentioned in the news the other day that the dimwit pollsters were calling the same dimwit voters over and over again to jack up rapey joes polling numbers... don’t know if it’s true or not but I don’t put anything past the despicable dimwits at this point.

^^Great. Maybe spend some time doing something productive instead of defining your rapidly dwindling life by political divisions. You obviously have nothing else in your failed life to occupy your time. Maybe if you weren't such a horrible person, you might have friends or family instead of crying on here all day. Do better!

12:32 you mean like you? Nobody wants to be as sorry as you’ve proven to be day in and day out. Suicide is your last option, take it.


The good old MSM Lets see how everyone can now dredge up the white supremacy issue again for the 100th time. Get over yourselves with this. The proud boys are a patriot group there's a huge difference but then again liberals aren't real smart, they think ANTIFA is an idea as per Joe Biden who made an ass out of himself at the debate.

Oh almost forgot. The street painting BLM isn't that racist? YES IT IS.

If the Democrats are so sure that Biden is winning then why is the only thing that they have been harping about since the debate the race card?

Oh, Brokeback Munky=12:32, you're the friendless horrible chimp that cries all day about bruised welfare bananas. Your only family is a creepy uncle who makes you rub his flea infested leg hairs.

Chimpy can rub Biden's hairy legs after he loses.

^Oh Chimpy lover, he continues to live in your empty head for free. You beg for his attentions for our amusement! Dance some more for us monkey, dance!

I would screw that CharMac gal real deep and hard.

Your head is about 140 overinflated Chimpy. Fart and let some of it out. You'll feel better.

In a March 2016 debate where Trump was asked by the same Chris Wallace do you denounce the KKK Trump said yes of course I already tweeted that. Yet lib Wallace has to ask the question again because the Dems are losing much of the black vote they are counting on due to the wonderful idiots of BLM. Too funny!

The statement was perfectly clear. He wants the Proud Boys and their ilk to foment a revolution when he loses.

Waaaaah! Even though Trump has clarified those remarks racism is all you have!! Lol

^^and yet he hasn't clarified those remarks. Weird.

If anyone is depending upon the proud boys to foment a revolution they are going to be awfully surprised. They don’t have near the numbers, organization, or the support that AntiFA/BLM enjoy.

Lil' Shitler Rittenhous is about to get his trigger finger fascist ass hand to him. Fuck all you fucking fascist

^^^This is what happens when you skip your ESL classes.

Kyle Rittenhouse has a huge Go Fund Me page for legal expenses and one of the best trial lawyers in the nation.

Mr. Rittenhouse is going to be rich after his attorney destroys Joe Biden in a slander suit.

Kyle Rittenhouse did the nation a favor by shooting three convicted felons; one a pedophile.

^^ all three convicted felons shot by Rittenhouse were WHITE and yet Joe Biden called the 17 year old a "white supremist" in his political ads.

I hope Kyle shoots those Commie cocksucker tech fucks in the head.

And yet anyone can sue anyone for anything. For example, Biden could sue Rittenhouse for false prosecution. Weird.

Kyle Rittenhouse shot three BLM supporters is all. Why is that even a crime?

^^^^ Works both ways @6:9 and @7:0 (same guy) - okay with you if Biden supporters start randomly shooting anyone wearing a Hawaiian Shirt?

If CharMac wants to be taken seriously she needs to keep her clothes on and her mouth shut most of the time.