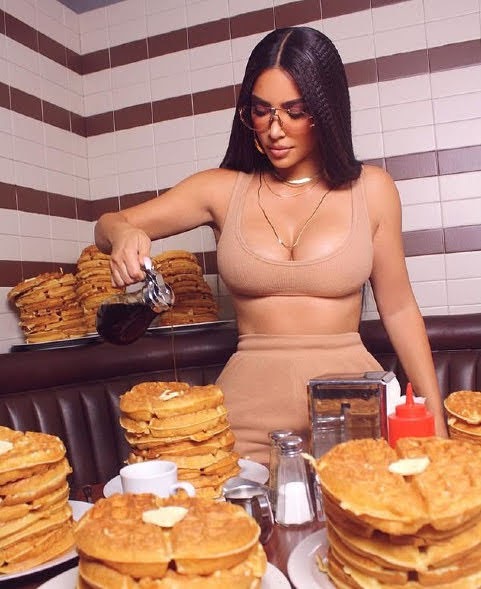 Hottie Kimmie has been in the game for more than a minute and right now she inspires this early morning selection of pop culture, community news and top headlines.

Need your ballot notarized? Get it done for free!

While advanced voting is available to anyone, you will need to have your mail-in ballot notarized if you are 65 and younger and not at risk of Covid-19. To help the process, several notaries in south KC have scheduled free pop-up notarization clinics. October 10 & 17 - KC Pet Project., 7077 Elmwood in Swope Park.

KANSAS CITY, Mo. - Police research has proven clean neighborhoods are safer neighborhoods. Merchants along Independence Avenue are hoping that's true, having learned grant money will be used to install more blue recycling bins along their streets. More than 20 of them already exist. The Independence Avenue Community Improvement District plans to use nearly $11,000 [...]

host We have liftoff! The Downtown Council of KC (DTC) is delighted to announce our new Imagine Downtown KC podcast is officially live today. Over the next 10 weeks, listen in as Kemet Coleman goes deeper with guests as they share their unique perspectives and explore the possibilities for the future of Downtown KC.

Her popular intimates brand SKIMS is releasing its highly anticipated 'Waffle' collection tomorrow morning. And Kim Kardashian treated her 189million Instagram followers to some behind-the-scenes footage from the collection's quirky breakfast-themed photoshoot on Tuesday. In the brief clips, the 39-year-old KUWTK star can be seen dousing stacks of homemade waffles with gooey maple syrup.

The New England Journal of Medicine, the United States' oldest and most consistently published medical journal, called in a Wednesday editorial for President Donald Trump and his administration to be voted from office for their handling of the coronavirus pandemic. It's the first time ever the journal has waded into electoral politics.

ORLANDO, Fla. - A panel of three appellate judges on Wednesday upheld a lower court order allowing the 2020 head count of every U.S. resident to continue through October. But the panel struck down a provision that had suspended a year-end deadline for submitting figures used to decide how many congressional seats each state gets.

Senate Republican leaders are plotting a quick confirmation vote for Amy Coney Barrett this month, confident that enough senators will return to give her a lifetime appointment to the Supreme Court and setting aside fears the spread of Covid-19 in GOP circles could derail the effort.

Can a new standalone bill for a stimulus check still pass before the election? What we know

Will Congress help the American people with more stimulus aid in 2020? President Donald Trump issued two contradictory directives to the GOP via Twitter on Tuesday. First, he told Republicans to halt negotiations with Democrats for another stimulus package.

Illustrated by Katelyn Betz Whether you call it fall, autumn, spooky season, Halloween pre-game, or whatever, it's now time for the leaves to fall off the trees, the blankets to come out the closet, and to embrace some tangible element of change in a world which seemingly has been the same day for the last six months.

From protests to the polls: New push to get young people to vote launches in Kansas City

KANSAS CITY, Mo. - With one month until election day, the focus is now on making sure voices are heard at the polls. The Urban League of Greater Kansas City is taking their activism and protest momentum to the voting booths with a new focus on young people.

Sunny, dry and very warm through the weekend

Staying sunny and dry through the weekend with summer-like highs in the 80s Although small, our next possibility for rain arrives early next week along with more more typical October temperatures Hurricane Delta to make landfall in Louisiana sometime Friday, little impact on our weather KANSAS CITY'S MOST ACCURATE FORECAST Thursday: Mostly sunny, warm and a pleasant breeze.

Aerosmith - Seasons Of Wither is the song of the day and this is the OPEN THREAD for right now.

Oh good it's only a security officer who is deathly Ill. So he's an instant hero and that's the human sacrifice to Trump's blustering facist stupidity that we need to prove God us at Trump's side.

I have 11 ballots I need notarized, you know, for some friends.

And the Sheriff has a car outside waiting to take in to him, you know, for a chat.