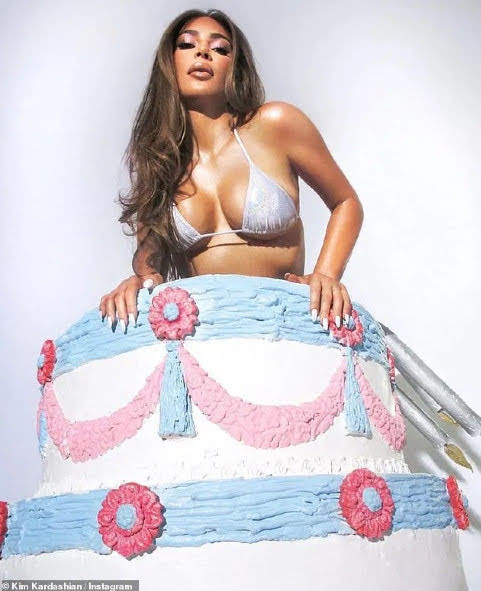 We start this #TBT morning with a peek at longtime hottie Kim Kardashian turning another year older gracefully as we check pop culture, community news and top headlines.

Inside the KC lab that checks medical marijuana

KANSAS CITY, MO (KCTV) - Before medical marijuana is sold at Kansas City dispensaries, it has to be tested. KCTV5 News got a look at the process. Operations inside Green Precision Analytics located in Kansas City are nearly nonstop these days. The crew has to run seven to nine different tests on every batch of product they receive.

Hope Faith works to protect the homeless during the flu, winter season

KANSAS CITY, MO (KCTV) -- Hope Faith Homeless Assistance Campus in downtown Kansas City is partnering with Heart To Heart International as they work to protect the homeless. They're distributing 1500 flu shots over the course of a week at multiple homeless shelters.


It Works, If You Work It

KANSAS CITY, MO - On Monday, Kansas City, Missouri, tied the record for the most homicides in a calendar year at 153 after recording two more deaths , matching a grim milestone that dated back to 1993. Many of those homicides remain unsolved.


B-Day For Cray Vs. Cray

Cue the "Birthday Song!" Kanye West took to social media Wednesday to wish his wife, Kim Kardashian, a happy 40th birthday. The Yeezy creator, 43, acknowledged his wife of six years with a photo taken from their 2013 engagement at San Francisco's AT&T Park. "Been doing empty stadiums," he wrote, in reference to current COVID-19 regulations.

Former President Barack Obama delivered a blistering account of his successor's first four years in office on Wednesday in Philadelphia, arguing that President Donald Trump has proved he is "incapable of taking the job seriously" and has shown no interest in "helping anybody but himself and his friends."

House Speaker Nancy Pelosi says she believes she's found President Donald Trump's Achilles' heel in negotiations over a new coronavirus relief package: his desire to send out stimulus checks to people. After months of starting and stopping talks, Pelosi and Treasury Secretary Steve Mnuchin, who is leading negotiations for the White House, made progress on Tuesday but had yet to reach a final agreement on another round of relief.

subscribe to The NPR Politics Podcast podcast Senate Democrats say they plan to boycott Thursday's scheduled vote on the nomination of Judge Amy Coney Barrett to the Supreme Court. "Throughout the hearings last week, committee Democrats demonstrated the damage a Justice Barrett would do - to health care, reproductive freedoms, the ability to vote, and other core rights that Americans cherish," Sen.

WASHINGTON (Reuters) - U.S. Director of National Intelligence John Ratcliffe said on Wednesday that Russia and Iran have both tried to interfere with the 2020 presidential election. Ratcliffe made the announcements at a hastily arranged news conference that also included FBI Director Chris Wray.

Hunter Biden, Rudy Giuliani and the 'hard drive from hell'

For those not steeped in the byzantine maze of reporting on Hunter Biden, the story can be pretty hard to follow. No evidence has emerged, beyond the purported correspondence, that the former VP was involved in or profited from his son's overseas work or abused his position to support it.

KANSAS CITY, Mo. - From online personal shoppers and cashiers to the meat department and more, Hy-Vee has about 200 jobs open in their stores across the Kansas City area. Those who already work for the grocery store chain say the opportunities are endless.

A gym owner said she is doing all she can to stay in business during the pandemic.When Blue Bicycle Health & Fitness closed during stay-at-home orders, gym owner Jan Schmidt did something pretty amazing."It was just basically sitting here.

Scattered showers and storms today with rising temperatures this evening

#1 in 1980, Olivia Newton-John - Magic is the song of the day and this is the OPEN THREAD for right now. Keep going for even more local links . . .

Nearly 1,500 voters are casting early absentee ballots every day in Kansas City, Missouri, a number that is expected to increase as Election Day draws closer. The KCMO Election Board has four satellite voting locations for early in-person absentee that will remain open through Oct. 30.

We finally know where the two first Whataburger locations in Kansas City will be located.Whataburger has two job listings on its website for general manager positions in Blue Springs and in Overland Park. The jobs were listed on the burger joint's website for the first time on Tuesday.The Blue Springs location is slated to be at 905 Highway 7.

MERRIAM, Kan. - Master police officer Phil Lewis has met a lot of people in his nearly 20 years of patrolling Merriam. Little did he know those folks would turn out in his moment of need. "Nothing seemed to go the way it was planned," Lewis said.

KANSAS CITY, Mo. - Two weeks remain until voters will go to the polls, some of whom are already voting by mail. A mood of skepticism looms concerning the U.S. Postal Service, amid concerns about whether or not that agency can handle a flood of extra mail.

KANSAS CITY, Mo. - With less than two weeks until the 2020 presidential election, voting already is underway. Election Offices in both Kansas and Missouri have reported record numbers for both mail-in and advanced or absentee voting, which is what Tom Ringenberg's Rockhurst University class is studying.

The fight after the fight: Local COVID-19 survivor describes her enduring struggle

KANSAS CITY, Kan. - The longer the COVID-19 crisis drags on, the more doctors are learning about the affects of the virus on the body. Long-term organ damage is becoming more common among survivors. Lynn Flora works as a nurse at The University of Kansas Health System and almost died there.

KANSAS CITY, Kan. - Kansas City, Kansas, Public Schools is trying to make sure it has the staff it needs for hybrid learning in January. This week, the district is focusing heavily on recruiting teachers, nurses, psychologists and coaches. Human Resource Recruiter Aaron Watkins said the district wants to make sure all students' needs are met when hybrid learning begins.

MERRIAM, KS (KCTV) -- The Better Business Bureau has recently issued a warning against an online sneaker business that acts as a broker between sellers and buyers of high-end athletic shoes. The BBB says the company is holding on to customers' payments, but not shipping ordered merchandise.

Kansas City Royals: Rebuild is over and it's time to win

The final question in Jeffrey Flanagan's mailbag was the one that perked up a lot of ears in the Kansas City Royals fandom. Flanagan published the mailbag on MLB.com on Sunday and the final question was surrounding what the Royals' rebuilding timeline looked like. Here was Flanagan's answer: The rebuild is over.

Le'Veon: Chance to 'reinvent' himself with Chiefs

3:02 PM ET Adam TeicherESPN Staff Writer Close Covered Chiefs for 20 seasons for Kansas City Star Joined ESPN in 2013 KANSAS CITY, Mo. -- Le'Veon Bell is now a teammate of Patrick Mahomes, Tyreek Hill, Travis Kelce and Clyde Edwards-Helaire, so he probably won't get the chance to be a star with the Kansas City Chiefs.

OVERLAND PARK, Kan. - October is Domestic Violence Awareness month. According to the National Coalition Against Domestic Violence, one in four women and one in 10 men experience some form of domestic violence in their lifetime. It's a statistic, Liliam, unfortunately, knows well. She decided to leave to get away from her abusive relationship.

"It's so important for our youth to see people - who look like them or came from the same areas from them - excel and express themselves in different ways," said Kay Hansley - one of five artists set to be showcased Thursday during Vine Online.

“America is an idea that I have never lived up too!”

Truer words have never been spoken, poor old joe, he needs to fade away and never be heard from again.


Trump has thousands show up to see and hear him. Obama had a parking lot with a few and some in cars honking their horns. Obama and Biden both plagiarized Trumps speech, so I don't see how Obama can rebuke him that bad he's a copycat. He also panders to muslim terrorists. Remember what Obama said in his book. " If the winds should change in an ugly direction, I will stand with the muslims." And he did just that we had hundreds of terrorist attacks on Obama's watch. He called it work place violence. He's a U.S. traitor and he hates this country about as bad as I hate him. Obama = Traitor.

“Biden Associate: Yeah, I Gave Hunter Biden a $1 Million+ Job As a Favor to His Father.”

“Hunter Biden profited from his father’s political connections long before he struck questionable deals in countries where Joe Biden was undertaking diplomatic missions as vice president. In fact, virtually all the jobs listed on his resume going back to his first position out of college, which paid a six-figure salary, came courtesy of the former six-term senator’s donors, lobbyists and allies.”

Kim, you've come so far from Ray Jay's sex video that we fapped to. I predict TKC's followers will surpass her 190M followers in 2021.

The Hard Drive from hell that Rudy has been sitting on for a year, give or take. Seems legit. Trumptards go crazy, everyone else yawns.

Hey, anybody know when the Durham report drops, it's been a couple of years so I just want to make sure I don't miss it. Did Obama & Hillary go to jail like we all thought? I guess the shit's really hitting the fan on this laptop thingy right? i mean I haven't heard anything, but you never really know what's going on. I mean the FBI IS investigating, I know that! I mean they're just investigating if it's Russian disinformation but STILL, everyone could go to jail for this right...right???

Pisselosi is dragging her feet, she isn't going to do anything that makes Trump look good.

^^and yet she can't do anything unless a Republican Senate and Republican President sign off. Yea shitstain, she's the problem. Kick-ass TKC readers...dumbest shitstains on the planet! Weird.

Hey 9:49, don't you know, the Durham report has led to one charge! And there's a lot more coming but after the election when no one gives a shit, at least that's what rando TKC posters tell me.

Whispering: the Durham report will quietly be released post election and even Bill Barr can't sizzle that thing up.

Very interesting that Barr, who has been all in on trying to taint Dems is suddenly silent. It's almost as if he's trying to distance himself from a guy who is about to lose big.

Bye Joe Biden, thanks to Tony Bobulinski. The arrogance of those bastards!

^^Ugh huh. Let me know when he goes bye bye. I thought Hillary & Obama were going bye bye too. What happened?